Reasons Why You Should Design Your Dream Home in Minecraft 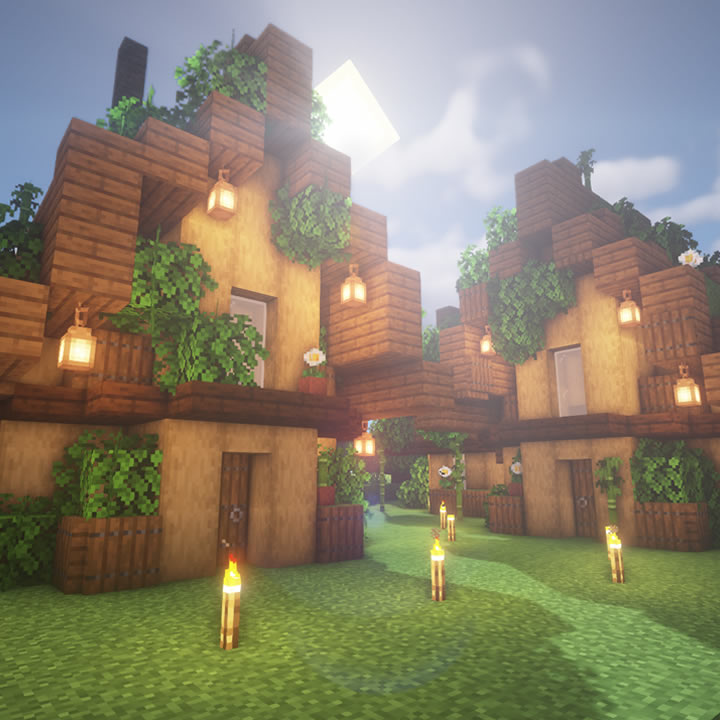 Everyone wants to own a house one day. You have probably already built it in your head. It can be a three-story house with a massive backyard and indoor swimming pools. Maybe a bungalow with a hidden jacuzzi. However and whatever your dream home looks like, it is a sanctuary you wish to have sooner or later.

But not everyone can see your vision. Even if you describe which color you want the walls or how many built-in cabinets you wish for, what you imagine will still look different to other people. Engineers would usually use AutoCAD to better visualize their craft. But since not everyone is familiar with the application, there’s always Minecraft.

Children have been unleashing their creativity in the game for over a decade. Got any Minecraft house ideas you wish to build? For these reasons, you can create whatever home you want to build.

It’s only been a decade since Minecraft was publicly released. Since then, children have been playing to unleash their creativity and make friends through the game. Suddenly, it is not just a game anymore. It suddenly became a part of almost every child’s life. After all, online socialization has been a thing for more than a decade.

In one way or another, you are bound to stumble upon an artwork made in Minecraft. People have built replicas of stadiums, schools, and even tourist spots. Some even create celebrity portraits within the game. Surely, these blocks can help you idealize the house of your dreams.

It’s not a problem if you are not completely inspired yet. Get familiar with the game first before you make your first creation. Try by creating a line of blocks first, then moving to shapes, and then a simple house outline. Once you’re ready, you can build your dream home as you go along. There are also available tutorials online that will teach you how to create your first home in Minecraft.

Treat Minecraft like it’s an endless game of building blocks. With just your imagination and a ton of inspiration, you can assemble the initial plans for your dream home here.

2. You can visualize your ideas

The game is played all over the world with players of every age group. Kids play it for fun and to make friends, while adults mostly play Minecraft as a medium to create art. Because why not? Though it does not make as clear a picture, it can still be seen through the outlines and colors. After all, the dream house you imagine is still only in your head.

It’s hard to describe something you only see in your head. Though the colors look blurry in your imagination, it becomes clearer once you see what you wanted all along. Not only that, other people think it’s rude to request a few adjustments when it has always been part of the contract. Let your Minecraft creation inspire what you need from your contractors!

Visualizing your dream home using Minecraft is only logical. Not everyone can draw, nor can you always pull up the picture you need.

3. No characters or levels up needed

The best thing about Minecraft is that it’s not like other games wherein you need to create a character first before building a home. Just create whatever you need on the get-go!

All you need is to create an account. You can play anytime in just one app. In a matter of minutes, you can build the home you have always wanted. Admit it, Minecraft is easy and hassle-free. Also, less time to play and more time to reach your goals. There’s probably nothing better.

4. You can play whenever and wherever

The best thing about Minecraft is that you don’t need a computer to play it. You can easily access the last game you played across all platforms and smartphones, which means you can easily show engineers and architects your vision.

Just by opening the Minecraft app on your phone, you can show these professionals your vision for your future home. They can see and gauge the type of materials and colors you want, even which colors look best in the master bedroom.

Sure, you can always use photos you found online to describe your plans. Unfortunately, it is not always the most accurate way of showing it. They may copy the photo you sent and may miss a few details. However, that will not be much of a problem with Minecraft.

5. Even professionals use the game

Minecraft art can be seen everywhere online, from an artist who needs a new medium to an architect who is running out of inspiration.

Of course, just because they play Minecraft does not mean they are any less professional. The game helps fuel their creative minds by having fun at the same time. Playing Minecraft is also a great way to relieve stress.

There are times Minecraft is used to recreate an online version of a famous structure. Some schools also use the game to let children explore their creative side. Amazingly enough, some educational institutions have made Minecraft versions of their schools so students can play and explore the grounds, especially since online learning is still the norm for most countries.

Most people doubt the power of a game. Whether it’s a board game or an online game, each one is essential in making us active and competitive. Games also help in teasing and exercising our brains.

Though Minecraft may seem like a simple game, building your future home is not. The process may be slow, but it does not mean it will never come to fruition. Play, visualize, then execute. It is the best way to reach your goals.