A popular Instagram star says trebling her daily calorie intake by introducing carbs and high-fat meals has given her the firm bottom of her dreams.

Rebecca Smith, 18, a student from London, says she previously tried every fad diet, living on just 700 calories a day and hitting the gym for hours at a time in the hope of losing weight.

At 9st 6lbs, she skipped breakfast and avoided carbs at all costs, until following women who lift weights on Instagram inspired her to try a different approach.

While Rebecca still hits the gym five times a week, she now aims to eat between 2,200 and 2,400-calories a day of high fat, high protein meals, and eats carbs every day.

She now posts the results of her new lifestyle on her own hugely popular Instagram page.

Now 8st 9lbs, Rebecca wants to show other girls that they don’t have to restrict calories to achieve their fitness goals – but warns that a dream figure doesn’t materialise overnight. 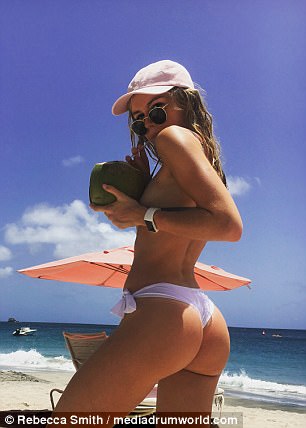 Rebecca Smith, 18, a student from London, has transformed her figure after giving up on fad diets 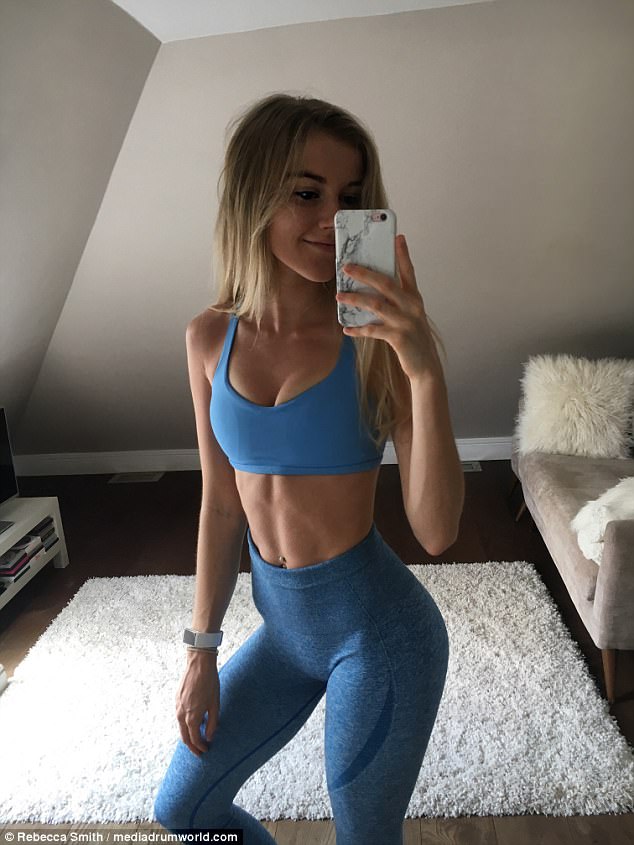 Rebecca said: ‘I was getting so bored of the depressing cycle of slaving away on a treadmill and seeing zero results and not enjoying it in the slightest, dreading every gym session feeling like I was being forced by myself to go in the hope of losing weight.

‘It also creates such a bad relationship with food and body image.

Rebecca, who now has over 45,000 Instagram followers, was inspired but other women on the app who had started weight training.

She says they have formed a community, and support each other in achieving their fitness goals. 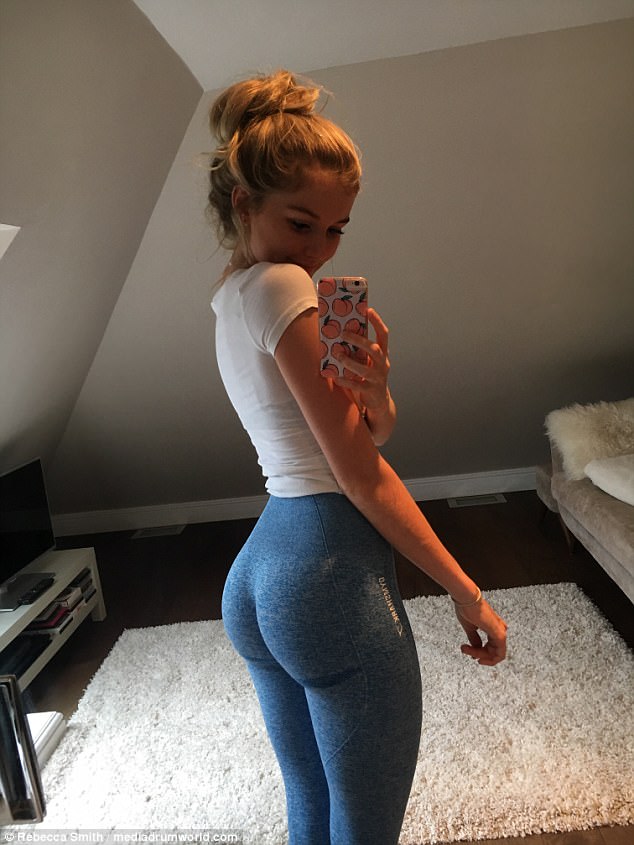 Rebecca used to eat 700 calories a day to lose weight but now consumes up to 2,400 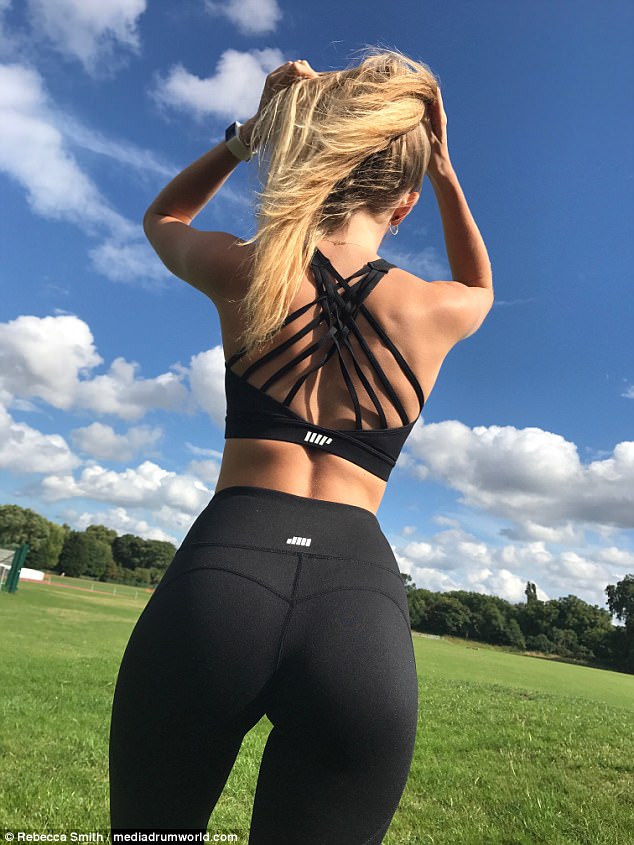 She said: ‘I had very low body image before and always felt I was the ”bigger” one, which made me feel really low… ever since I can remember I’d be trying to do something to change that.

‘I wasn’t at all overweight but I only see that now. Every fad diet I can assure you I’ve tried, eating probably around 700-calories a day, which has since trebled, thinking that was how I was going to lose weight and slaving away for hours on the treadmill, hating it, just to burn some calories.

‘So many young girls struggle thinking there’s this one body type of ‘skinny’, that if they don’t fit they won’t be accepted, affecting the confidence of so many young people. I’d look in the mirror and hate what I saw and felt like I had to restrict myself so much just to get self acceptance.’

Since changing her attitude to her diet and exercise regime, Rebecca is more confident than ever, and said she no longer feels guilty for having the occasional treat. 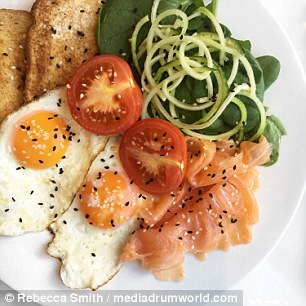 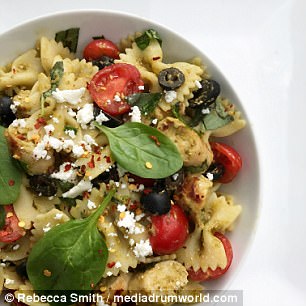 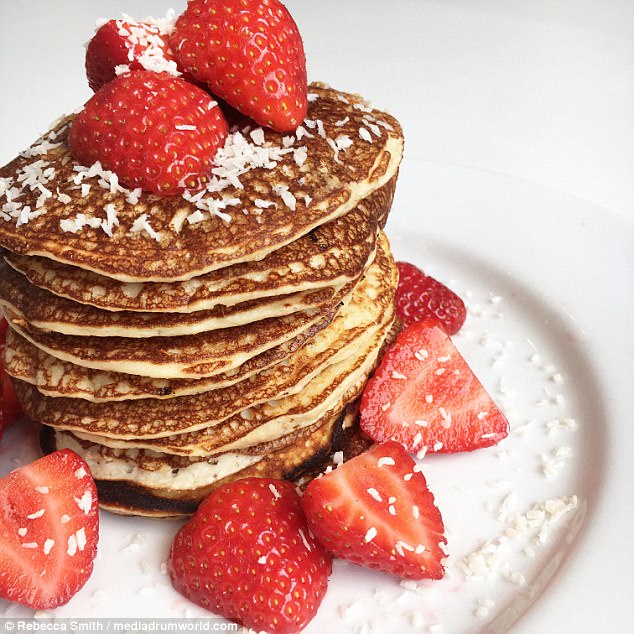 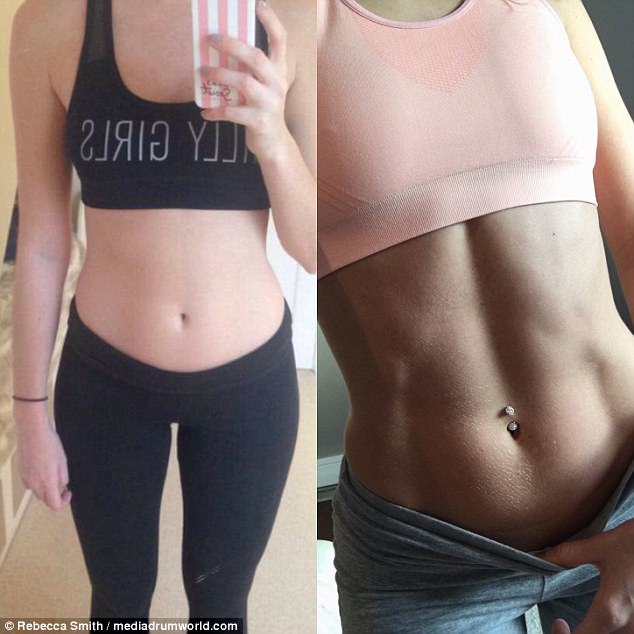 Her advice to beginners is to ask for help in the gym if they aren’t sure.

‘My confidence has never been higher, I love the way I look even though I know I’m far from perfect, because it’s me and it’s a body I’m building to be as strong as it can,’ she added.

‘Starting weight training made me realise food is fuel and I need lots of it to get the best out of my training, there’s no restricting and there’s no guilt in indulging in treats once in a while because what better way to fuel a session.

‘My body may have changed but the biggest change with changing from cardio to weight training is honestly in my head, I’m a far happier person and no longer concentrate on the unimportant things in life. Watching and feeling your body get stronger is an amazing thing and it gives me so much motivation to continue how I am now.’ 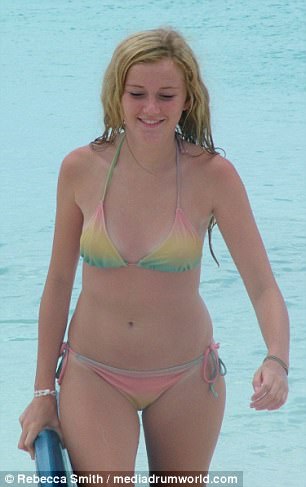 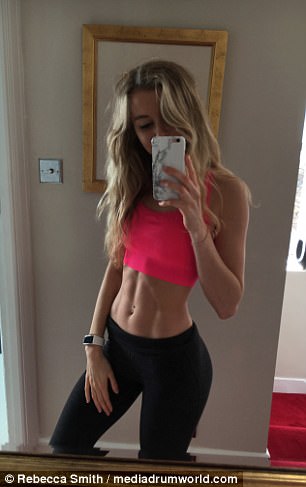 Rebecca wants girls to see weight lifting as an option for them, and not as an exercise just for men 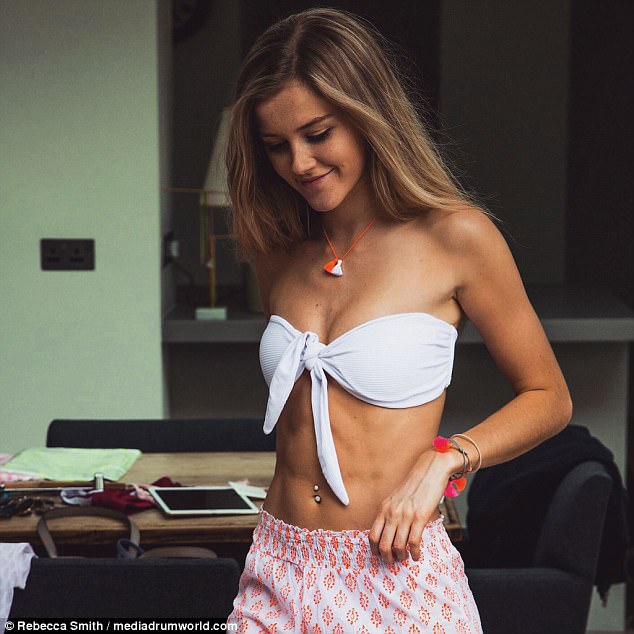 Rebecca wants to encourage other women to try weight lifting, explaining that it’s not just for men.

She said: ‘I think a massive problem many girls have to overcome when picking up weightlifting is that it’s not seen as the norm for women and unfortunately there is still an association that it’s very manly.

‘The weights section of the gym is often male dominated, which can be very intimidating for a girl to enter especially at the beginning when she may feel like she doesn’t know what she’s doing, I used to be terrified that all these male lifters would be looking at me thinking I was lost. 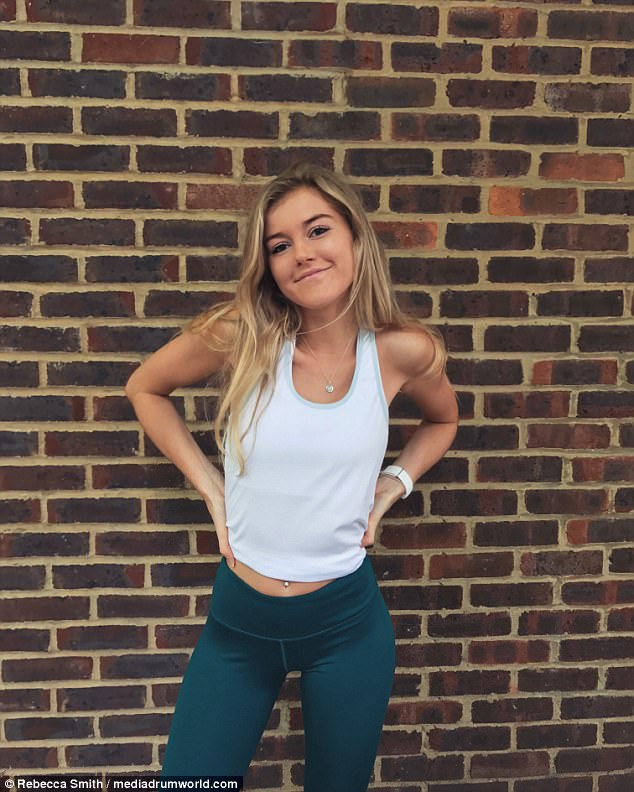 ‘I’ve since learnt that people are in the gym for their own session to do their own thing, and they won’t care what you’re up too. I now often still get advice from others in the gym on my form and it’s okay to ask for help.

‘You just can’t feel intimidated to ask for guidance from people with knowledge because those people had to start somewhere one day too.’

But the student doesn’t want girls to think it’s easy to get their dream, figure, writing on Instagram: ‘Rome wasn’t built in a day and neither was that booty.’