She has hit back against vile trolls who have targeted her two-year-old daughter Sofia with ‘disgusting’ sexual remarks.

And Rebekah Vardy put on a brave face, as she headed for a romantic evening out at the Chiltern Firehouse in London with her husband Jamie Vardy on Monday.

The 35-year-old WAG was dressed to impress in a sensational black lace gown which skimmed her impressive physique as she sauntered into the venue with the Leicester City striker, 30.

Alone time: Rebekah Vardy, 35, looked sensational as she headed for a romantic evening out at the Chiltern Firehouse in London with her husband Jamie Vardy, 30, on Monday

Rebekah ensured all focus on herself in the striking black gown which featured subtle slits down the side to showcase a peek of her toned legs.

The neckline proved to semi-sheer lace, flaunting her sensational decolletage as she strutted along in black boots.

Pimped and preened to perfection, the mother-of-three wore a glamorous coat of make-up, focusing on bronzed cheekbones and smokey-eyeshadow.

She was joined by her doting husband Jamie, who looked super trendy in a fitted white shirt, blazer and blue jeans. 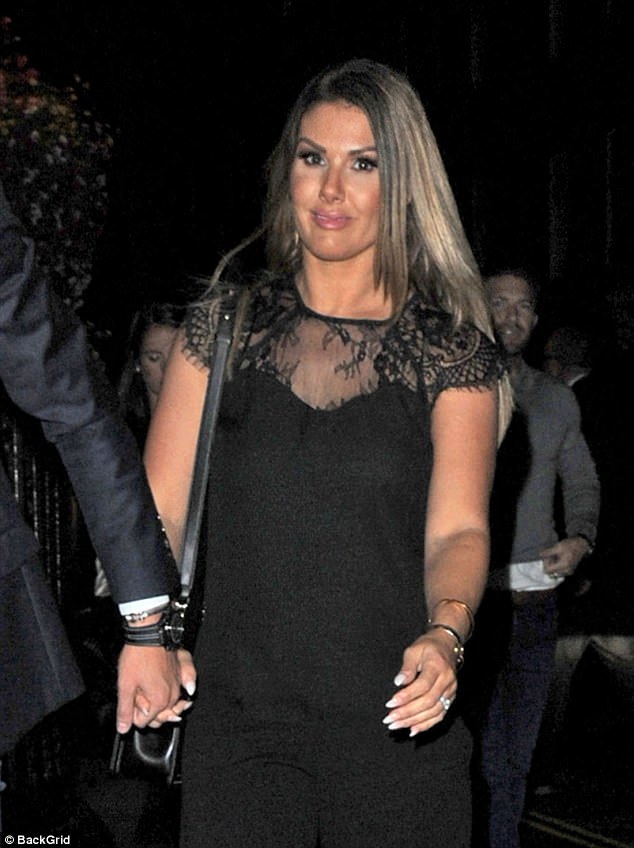 Gothic inspired: The WAG was dressed to impress in a sensational black lace gown which skimmed her impressive physique

Their sighting comes after Rebekah took a vocal public stance against online trolls, expressing the effects of their vile actions in the documentary Celeb Trolls: We’re Coming to Get You.

She admitted that vile trolls targeting her two-year-old daughter Sofia with ‘disgusting’ sexual abuse have brought back heartbreaking memories of the abuse she personally suffered in the past.

Speaking to the Sun on Sunday recently, the WAG revealed: ‘I just don’t understand how anyone could say such vile things about an innocent child.’

She gave a candid account of how the shocking comments ‘brought up bad memories from my childhood’ – but has made her more determined to speak out on behalf of victims.

The beauty has said that the ordeal she suffered in the past has made her a stronger person, explaining: ‘I’m so strong because of everything I’ve been through with my family and all the sexual abuse.’

And in order to help others, Rebekah is speaking out to raise awareness and help victims of online abuse. 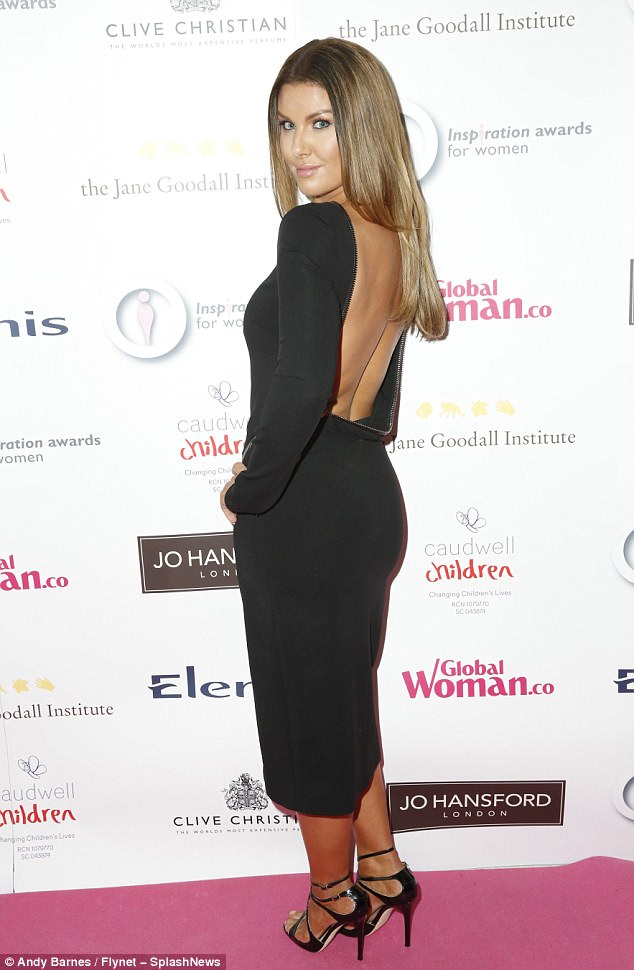 Their sighting comes after Rebekah took a vocal public stance against online trolls, expressing the effects of their vile actions in the documentary Celeb Trolls: We’re Coming to Get You

She continued: ‘There was a point in my life where being strong was the only thing I could be — the only thing that I had going for me was my strength.’

The horrified WAG had alerted the police after a photo she posted online of daughter Sofia in her Leicester City kit led to abhorrent comments.

And speaking on ITV’s This Morning recently, the emotional stunner vented that the bullies should be ‘tracked down’ and not allowed to ‘get away with it’.

‘If someone is able to post abusive things online, they should be prosecuted. They should be tracked down and dealt with,’ she told hosts Ruth and Eamonn.

‘Just because you’re hiding behind a keyboard doesn’t mean you can get away with it. I would have liked to confront the troll but his IP address was in India.’

Discussing the sexual comments made about Sofia, she said: ‘You can say what you want about me, I’m really thick skinned I’ve been through so much.

‘The only thing I know now is to be strong. But bring my kids into it and it’s a whole other level. People think they have access to you 24/7 and that they can say what they want to you.’Rebekah, who tracked down one of her trolls to India, as part of a Channel 5 documentary called Celeb Trolls: We’re Coming to Get You, went on to say she was pleased with new government proposals to tackle internet trolls.

‘I think its brilliant if it can progress and become a law. If they’re gonna say something on social media they should be held accountable,’ she commented.

Speaking about husband Jamie’s reaction to the trolls, she divulged that the Leicester City striker, 30, was equally ‘horrified’.