Australian actress Rebel Wilson has celebrated her mother’s birthday with a convicted drug importer in Sydney.

The 39-year-old shared a since deleted Instagram post of her Saturday celebrating her mother Sue’s birthday with family and friends.

The party watched Shrek The Musical at the Lyric Theatre, ate at the Chuuka restaurant at Jones Bay Wharf, and enjoyed a boat cruise in Sydney Harbour, with the actress sharing multiple videos of their celebration.

Joining Wilson in the festivities was convicted drug importer Robbie Bucic, who was sentenced to three-and-a-half years in jail for importing cocaine.

Rebel Wilson pictured with convicted drug importer Robbie Bucic on Sydney Harbour. It is not suggested that Wilson knew of Bucic’s conviction at the time the photo was taken

The post included a photo of Bucic and Wilson together, with the Sydney Harbour Bridge in the background and Wilson giving a ‘peace’ hand sign.

It is not suggested that Wilson knew of Bucic’s conviction at the time the photo was taken.

Bucic commented on the post with a blue heart emoji.

He was charged under a joint criminal venture in 2016 for knowingly taking part in the manufacture of cocaine and having A4 sheets of paper that were impregnated with the drug.

Her affinity with dogs stems from her mother, who is a professional dog trainer. 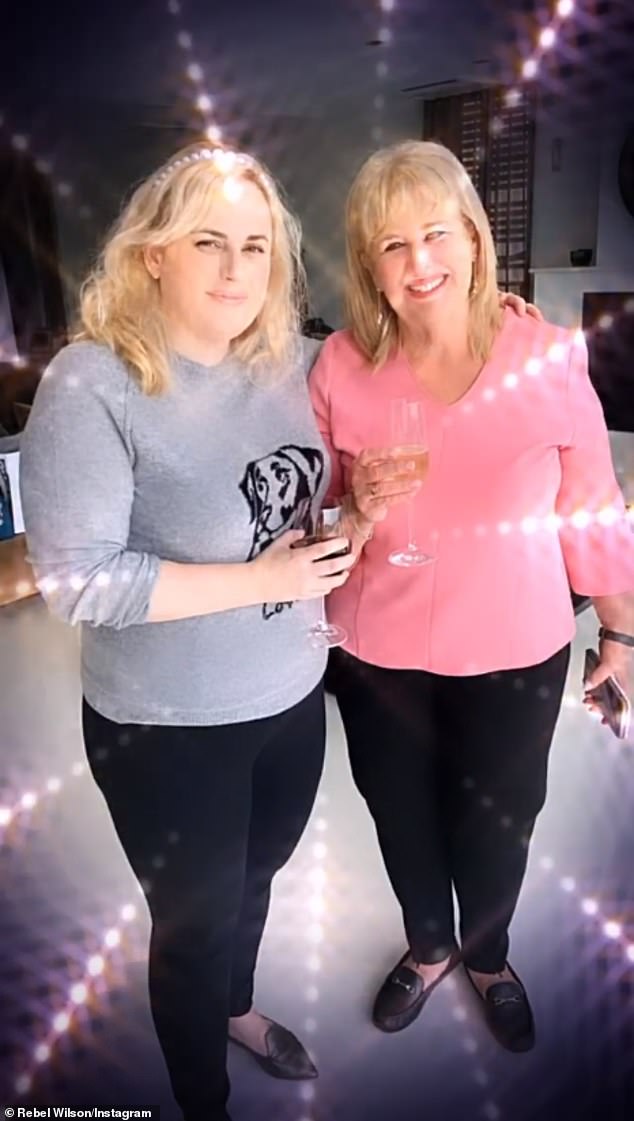 Wilson with her mother Sue, who is a professional dog trainer, during her birthday celebrations in Sydney