She’s the larger-than-life Australian comedian who struck it big with her turn in Bridesmaids.

And Rebel Wilson, 37, looked every inch the Hollywood star as she attended the G’Day USA Australian Film Industry Showcase in Los Angeles on Saturday.

The blonde actress cut a sparkling figure at the black tie event in a shimmering wrap dress, which she paired with a classic black pumps.

All that glitters! Comedian Rebel Wilson, 37, cut a dazzling figure in a shimmering dress on the red carpet of the G’Day USA Australian Film Industry Showcase in Los Angeles on Saturday

Posing for cameras on the red carpet, the comedy queen wore her blonde hair looking and lightly curled for the event, which was held at the Saban Media Centre.

The actress chose to keep things simple next to her sequins and wore no accessories.

Although she walked the red carpet solo, the Pitch Perfect star was joined at certain points by House Husbands actor and friend Hugh Sheridan. 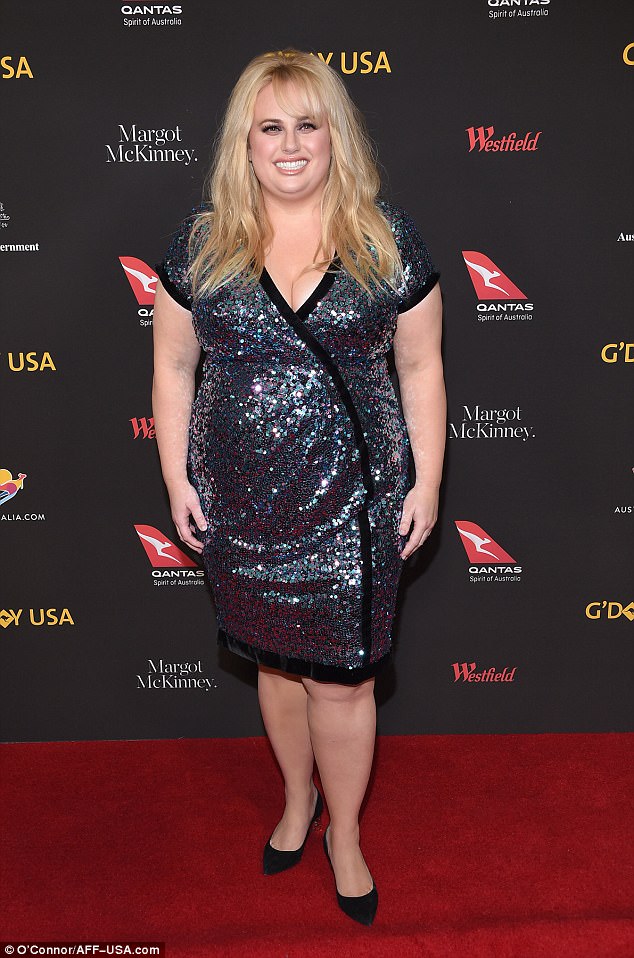 Hitting a somewhat political tone, the pair performed a song called DREAMERS together during a sound check prior to the event.

With the pair singing the lyrics: ‘The spirit rise up. We’re always been the dreamers,’ the lyrics, which appeared to be a double entendre, started. 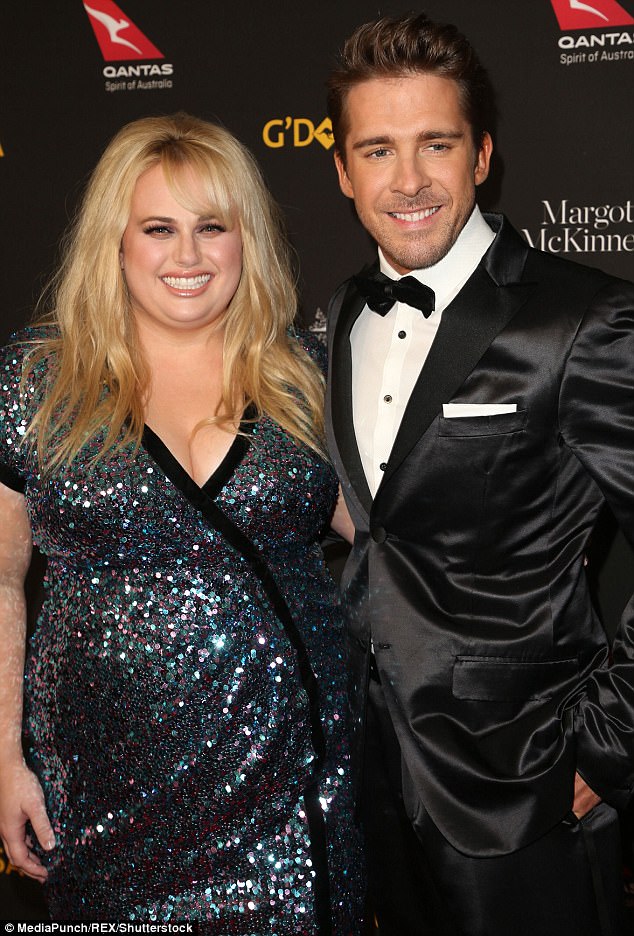 Friendly support! At points on the red carpet, the star was joined by actor and friend, Hugh Sheridan

The lyrics continued: ‘Travel hard to come back home. Coming to the place we call our home.’

Meanwhile, in a second short clip posted to Twitter, the pair appear to be messing around with each other in a Los Angeles hotel room prior to the event.

Blonde bombshell! The star put on a leggy display matching her dress with a pair of suede look heels

Rebel starts the video: ‘Here we are at G’Day USA.’

Hugh, wearing a robe with a towel elaborately wrapped around his short hair, starts stretching his leg while he bangs the keys of the piano, then he started practicing a vocal scale, hitting a particularly high note.

‘Tell ’em we need the car there by 7,’ he said in a theatrical voice.

According to the G’DAY USA website, the event was billed as a celebration of the Australian film industry and innovative film and television talent, bringing together a mix of executives and talent.