Record $250,000 fine slashed in HALF after two footy players were pictured nude during Mad Monday

Canterbury have had their NRL fine for their lewd Mad Monday celebrations halved.

The club was fined a record $250,000 after Adam Elliott and Asipeli Fine were photographed nude while celebrating at a Sydney pub earlier this month.

The NRL announced on Tuesday said it had reduced the Bulldogs’s fine to $125,000 after considering the club’s submission.

A spokesman said the Bulldogs had acknowledged the seriousness of the breach and apologised for the damage caused.

Canterbury was fined $250,000 after Adam Elliott and Asipeli Fine were photographed nude at a Sydney pub earlier this month (pictured Reimis Smith who was not involved)

The club has also committed to put measures in place to ensure there is no repeat of the behaviour.

‘Under those circumstances, the NRL will suspend half the original fine,’ the spokesman said.

‘However, the suspended part of the fine will be reimposed if there is any material breach of the Code of Conduct during the next two years.

‘This incident should act as a reminder to all clubs and club officials that it is imperative to take extra precautions when organising club-sanctioned events.’

Bulldogs chief executive Andrew Hill and chairwoman Lynne Anderson both said the NRL’s findings acknowledge how closely the club had worked with the governing body since the fine was imposed. 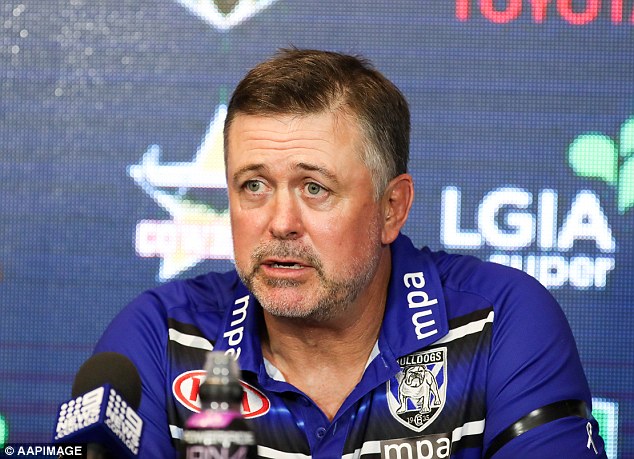 There is no doubt that the images from the day were a bad look for everyone involved and it means that we have to take responsibility for it,’ Bulldogs coach Dean Pay (pictured) said

They said Bulldogs management had acted swiftly to improve procedures and ensure there is no repeat.

Anderson said the club had learned from the experience.

‘We acknowledge that some of the behaviours on the day were a poor look for the club and the game and we have reviewed everything that took place,’ she said.

‘What we also need to remember here, however, is that good people will sometimes make mistakes and that should not take away from the fact that these same people have done a great deal in the community on behalf of the club and will continue to do so.’ 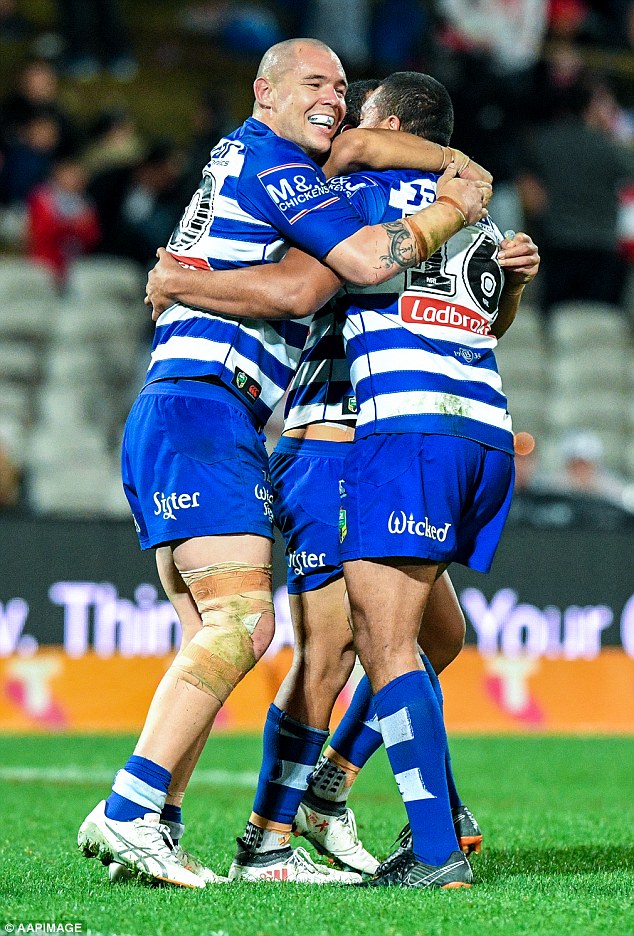 Bulldogs coach Dean Pay added:  ‘When something like this happens you have to take stock and put in place structures to make sure that it doesn’t happen again. There is no doubt that the images from the day were a bad look for everyone involved and it means that we have to take responsibility for it and learn from it. We also need to remember that this is not representative of us as a club and what we stand for.’

NRL chief executive Todd Greenberg came down hard after images of Bulldogs players dancing naked on a pub balcony and passed out on the street delivered the code a black eye on the eve of the finals. 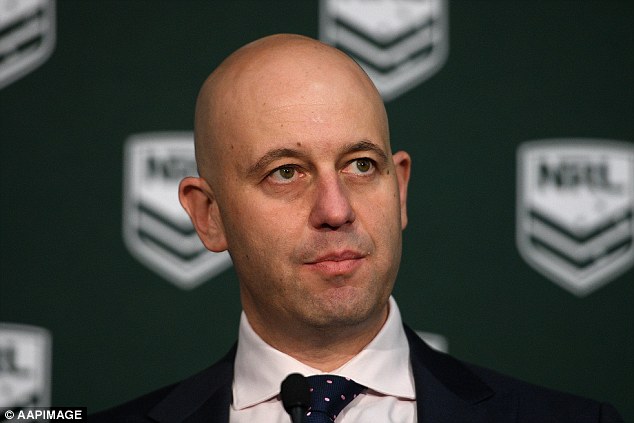 The $250,000 fine was the biggest handed down to a club for player misbehaviour (pictured NRL CEO Todd Greenberg)

The $250,000 fine was the biggest handed down to a club for player misbehaviour.

Elliott, 23, and Fine, 25, were both fined $25,000 by the Bulldogs with $10,000 suspended after they were photographed nude on the balcony of the Harbour View Hotel in Sydney’s The Rocks.

NSW Police have confirmed that two men aged 23 and 25 were issued with court attendance notices for wilful and obscene exposure and are due to face Downing Centre Local Court on October 24.

Police said a third man has been issued with an infringement notice for offensive conduct.