Record number of police will be deployed by for Champions League final on June 1 as Spanish authorities prepare to tackle invasion of over 50,000 Liverpool and Tottenham fans

Record numbers of police will be deployed in Madrid for the all-English Champions League final between Liverpool and Tottenham on June 1.

The Spanish capital is bracing itself for an English invasion which is likely to see over 50,000 supporters from the two clubs descend on the city.

The game will be played at Atletico’s ground the Wanda Metropolitano, where 800 officers were on duty for the last big European game – the home side’s 2-0 victory over Juventus on February 20, before going out in the second leg. 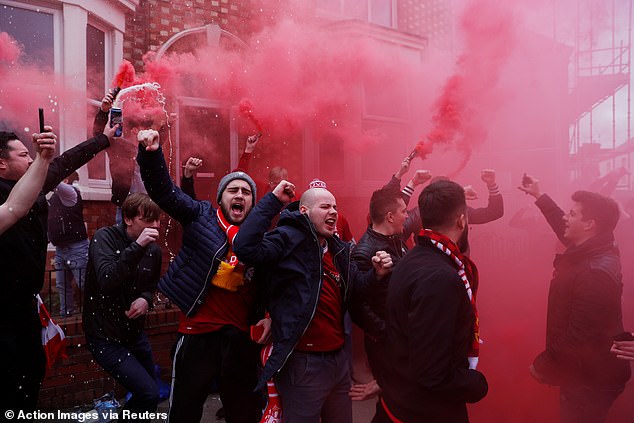 Madrid is braced to see over 50,000 supporters combined of Liverpool and Tottenham fans (pictured, Liverpool fans creating an atmosphere prior to facing Spurs in the Premier League) 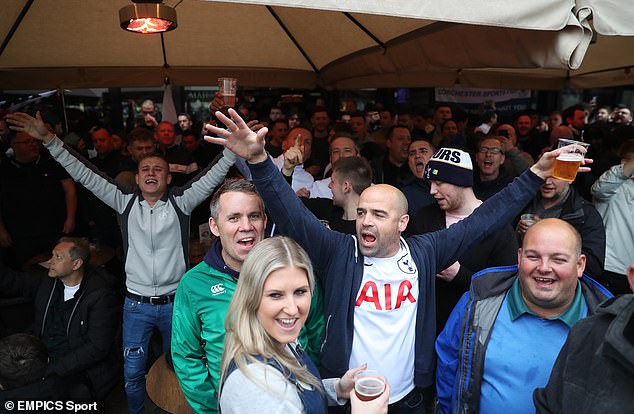 The June 1 final will be the only second all-English decider in the competition’s history – (pictured, Tottenham fans in Amsterdam can now plan for a trip to Madrid after Wednesday)

That number will be topped for the final, which will be only the second all-English decider in the competition’s history after Manchester United’s win over Chelsea in 2008.

The meeting between the two Premier League sides is the first final in the city since Real Madrid’s ground the Santiago Bernabeu hosted the 2010 final between Inter Milan and Bayern Munich.

There were isolated incidents two weeks ago when Liverpool supporters went to Barcelona for the semi-final first leg. Barcelona police were called to the city’s Placa Reial after disturbances with six arrests made. 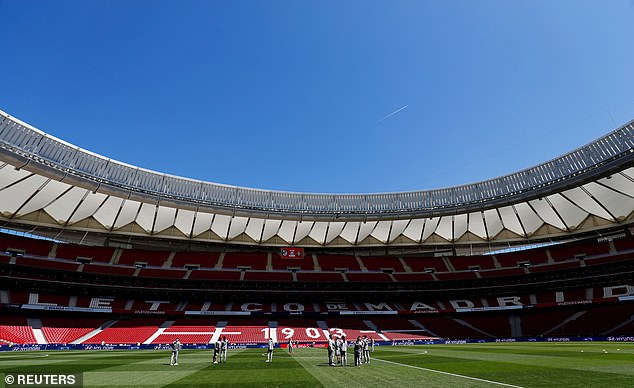 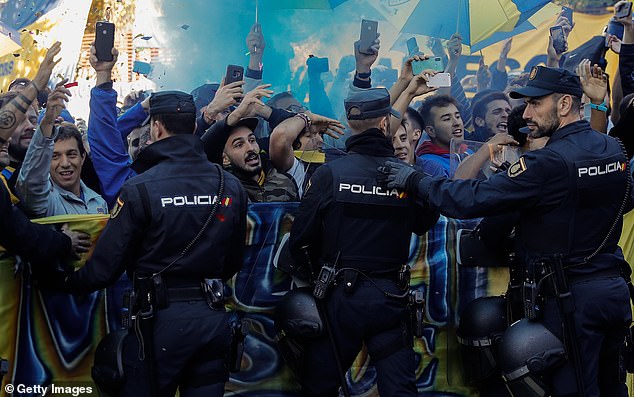 The last English team to visit Madrid was Arsenal a year ago in the Europa League. Chelsea were there to play Atletico in the Champions League group stage in 2017 and Tottenham were in the Spanish capital to play Real Madrid the same season.

Madrid authorities are aware that there was trouble in Sevilla last year when England played Spain but they believe supporters travelling with clubs, and for a Champions League final, will bring a different atmosphere.

There was no more desire for a Liverpool vs Ajax final as for one between the two English clubs after trouble in Amsterdam when England played Holland last year. 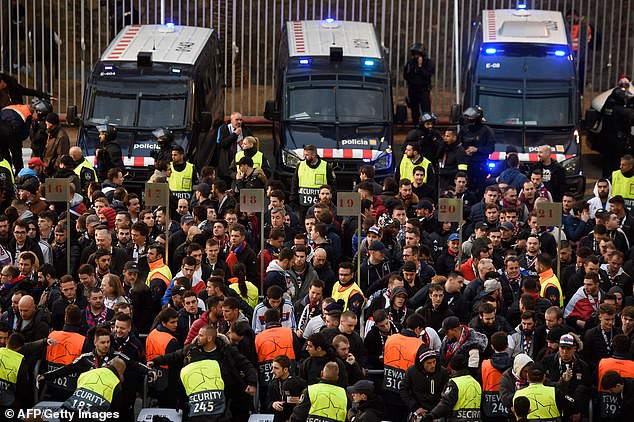