By Valerie Siebert For Dailymail.com

Red Lobster’s famous biscuits are about to be turned into waffles, and fans of the restaurant have mixed feelings.

The restaurant chain has announced plans to release a seafood twist on the classic southern comfort food, chicken and waffles, by frying up a lobster tail in place of poultry and resting it on a waffle that tastes like a Cheddar Bay biscuit.

The dish will be a limited time off during Red Lobster’s Lobsterfest event, consisting of one fried tail, one waffle and a drizzle of maple syrup.

Big news: Red Lobster has announced a new twist on chicken and waffles including a fried lobster tail atop a waffle that tastes like the chain’s famous Cheddar Bay biscuits

Lining up already: Hundreds of users on Twitter enthusiastically welcomed the news

The news hit social media and quickly grabbed the attention of fans of the cult-favorite biscuit.

One user wrote: ‘Get this! The waffles is a Cheddar Bay waffle. My inner fat girl just got all types of thrilled!’

Another gushed: ‘Red Lobster coming out with lobster and waffles, and there’s a waffle made of Cheddar Bay biscuits. Everyday God shows that he is merciful!’

One user even admitted that: ‘I haven’t been there for years… I might pull up!’ 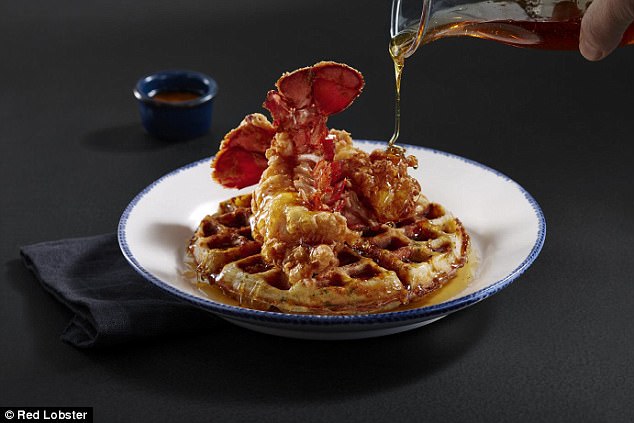 Snatched up: The dish will be available for $20 from Monday, March 26, for a limited time only 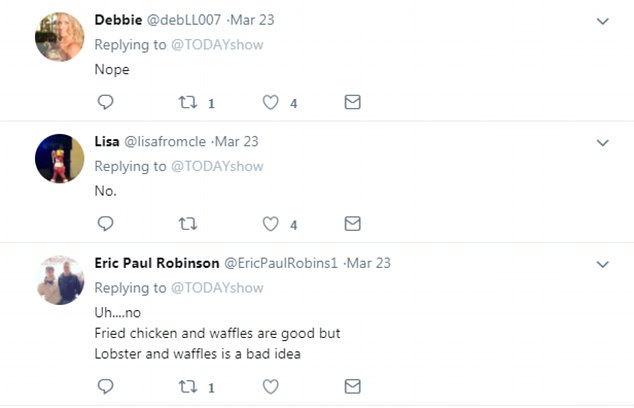 Not happy: Other people were less than keen on the dish, calling it ‘a bad idea’ or simply responding to the announcement with ‘no’

But the news certainly wasn’t popular with everyone. One Twitter announcement of the dish attracted dozens of identical one-word responses consisting of: ‘No.’

‘If anyone orders the lobster and waffles from Red Lobster you can go die in a hole,’ wrote one particularly disgusted reader.

The seemingly divisive meal will join the menu alongside a host of other lobster-heavy dishes including dueling lobster tails, surf and turf, and lobster truffle mac and cheese over the Lobsterfest period.

The lobster and waffles will be hitting the menu on Monday March 26 and will cost $20. The chain hasn’t indicated when the availability will end.