A thrilling draw away to Salzburg enabled Serbian champions Red Star Belgrade to reach the Champions League proper for the first time since 1992 where they will be joined by Portugal’s Benfica and Dutch side PSV Eindhoven.

Red Star, who won the European Cup in 1991, came back from two goals down in an electrifying second leg in Austria to draw 2-2 and go through on away goals.

Benfica bounced back after conceding an early goal to hammer Greek side PAOK 4-1 on the night and 5-2 on aggregate – this result saw Liverpool drop to Pot Three with the Portuguese giants going into Pot Two.

With the scoreless first leg played behind closed doors after Red Star were punished for racist chanting by their fans, Salzburg striker Munas Dabbur made the most of home advantage to open the scoring in the last minute of the first half.

He doubled Salzburg’s advantage just after the break, confidently slotting home a penalty after Vujadin Savic was penalised for a late challenge on midfielder Hannes Wolf.

Roared on by 8,000 fervent away fans, Red Star wiped out Salzburg’s lead midway through the second half thanks to clinical finishing by their Comoros striker El Fardou Ben Nabouhane. 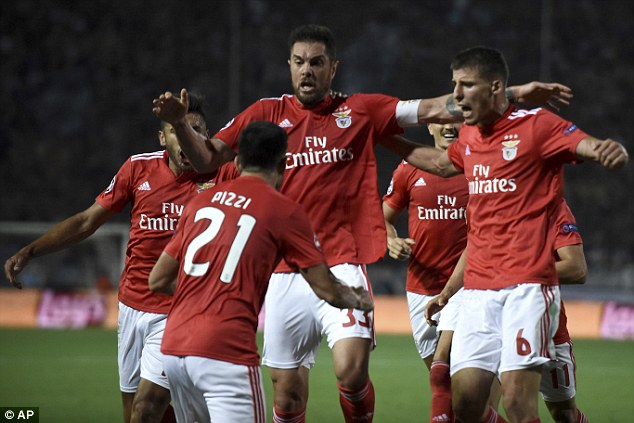 Milos Degenek delivered a perfect cross for Ben to turn in at the near post in the 65th minute and the Australia defender again turned provider moments later, finding the hitman with a looping header after a free kick was floated in from the halfway line.

Jubilant Red Star fans invaded the pitch after the final whistle and mobbed the Serbian team’s players, who held firm in the closing stages as Salzburg pressed desperately forward in search of a winner.

After drawing the first leg 1-1 at home, Benfica went a goal down in Thessaloniki when striker Aleksandar Prijovic put PAOK ahead, finishing a clever free-kick routine in the 13th minute with a tap-in.

Jardel struck back for Benfica with a towering header from a corner in the 20th minute to level the scores, and six minutes later a moment of madness saw goalkeeper Alexandros Paschalakis foul Franco Cervi in the box to gift Benfica a penalty. 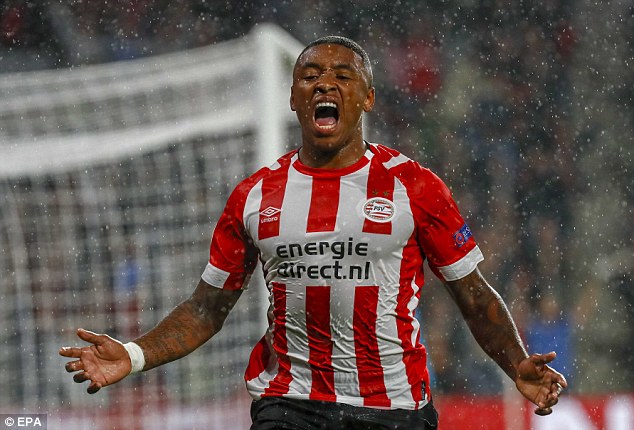 PSV made short work of BATE Borisov, scoring early and winning 6-2 over the two legs

Eduardo Salvio smashed home the spot-kick off the foot of the left-hand post and winger Pizzi netted another with a smooth strike to make it 3-1 before halftime.

Salvio scored a second from the spot four minutes into the second half to make it 5-2 on aggregate, and hope ran out for the home side when they had Leo Matos sent off in the 76th minute.

Leading 3-2 after the first leg against Bate Borisov, PSV Eindhoven gave the Belarusian side a mountain to climb when Steven Bergwijn scored with a low left-foot shot early in the first half.

They added goals from Luuk de Jong and Hirving Lozano to ease through.

The draw for the group stage takes place on Thursday.