A mom has revealed her son’s striking resemblance to the main character in his favorite storybook.

Posting a picture of her son on Reddit, user designerlifela wrote, ‘My son is the real life version of the book he got for Christmas,’ in the accompanying caption.

In the picture, the toddler who is just one year old can be seen sitting on a couch, holding the book open to show a character who looks just like him.

Doppelganger: A mom has shared her son’s striking resemblance to the main character in his favorite storybook on Reddit

Twins: The mom also revealed that her son received the book (left), which tells the story of a little boy and his family, for Christmas and it has become his favorite thing to play with 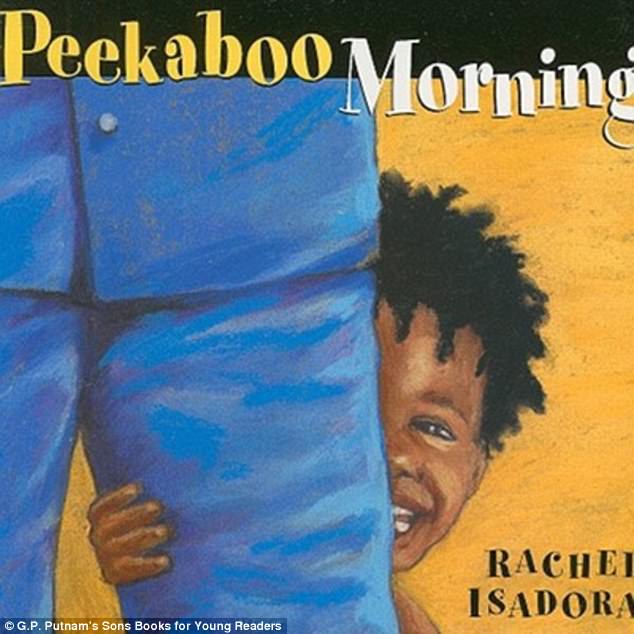 Show and tell: The book Peekaboo Morning was originally published in 2002

Writing in the comments section, the mom revealed that the book in question is Peekaboo Morning by Rachel Isadora.

She also shared that reading the book containing his mirror image is ‘by far his favorite thing to do. For now at least’.

Published in 2002, Peekaboo Morning tells the story of a toddler playing a game of peekaboo with his mom, dad and puppy, before visiting his grandparents.

Redditors have been quick to share their delight in the adorable story, with hundreds of people commenting on the photo since it was posted on December 27.

Several people joked that the baby looked unimpressed at finding out someone had stolen his look.

User nobody_likes_soda wrote: ‘He looks like he just found out he won’t be receiving any royalties from it, either.’ 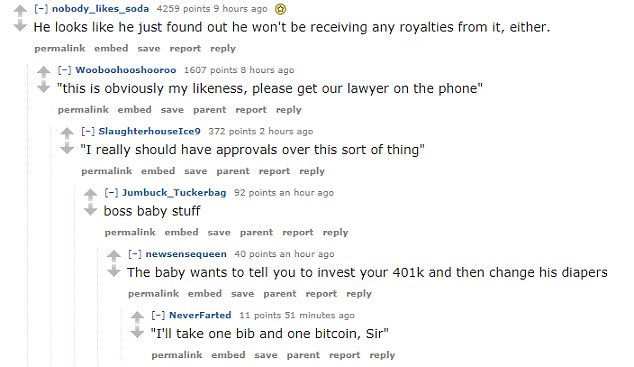 Copycat: Redditors have been quick to joke that the baby looks unimpressed someone has copied his look

Adorable: Others commenting on the photo have shared how cute they think the picture is

And SlaughterhouseIce9 joked that the boy was thinking: ‘I really should have approvals over this sort of thing.’

While newsensequeen shared: ‘The baby wants to tell you to invest your 401k and then change his diapers.’

Other users simply wanted to express their delight in how cute the little boy looked.

‘The girls at day care will be all over him once they see the resemblance,’ raunchyrick68  commented.

Redditor Yaya46 wrote: ‘Grandmother here. Would you please give him a snuggle . He is so precious, my grandson is his age. Like your baby , he also has a head full of hair that I love to play in.’

And aleksik500T9 advised: ‘Keep his love for books alive! My parents read to me every night as a child and as a result I could read and spell before I went to school. It’s something I intend on starting with my son very soon.’