Washington Redskins head coach Jay Gruden’s son, a team video assistant, was arrested on suspicion of public drunkenness after he was allegedly involved in several confrontations near the team facility on Saturday morning.

Jack Gruden, 22, was arrested for public swearing and intoxication on Saturday morning, according to online court records obtained by the Daily Mail.

He allegedly got into an argument at about 2:15am at a shopping and dining area and walked after another male to continue the confrontation.

‘A deputy on patrol observed a male in a verbal argument with another subject,’ read the police report from the Loudoun County Sheriff’s Office. ‘They separated and then the male subject, later identified as Jack A. Gruden, 22, of Leesburg, walked after the other male to continue the confrontation.

Jack Gruden, 22, was arrested for public swearing and intoxication on Saturday morning, according to online court records obtained by the Daily Mail 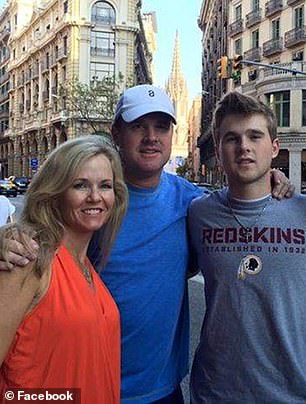 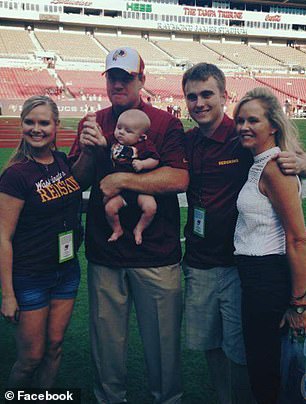 Sherry Gruden (far left, far right) is the wife of Redskins coach Jay Gruden (left, in blue, and right, with the baby) and the mother of Redskins video assistant Jack (left, in gray, and right, between his parents). Jack, 22, is entering his first full season as an employee of the Redskins

‘The deputy then intervened and the two parties were separated. Gruden was later involved in two additional confrontations with customers in the area. Gruden was charged with drunk in public. He was released from the Loudoun County Adult Detention Center on a personal recognizance bond.’

Gruden has a court date in Leesburg, Virginia on March 21.

‘We are aware of the arrest of Jack Gruden,’ Redskins spokesperson Tony Wyllie said in a statement. ‘We are gathering more information and will not comment until we have further details.’

Jack Gruden’s father Jay is a former World League and Arena League quarterback who has been the head coach in Washington since 2014.

Jack’s uncle Jon, Jay’s brother, is in his second stint as head coach of the Oakland Raiders.

According to Jack Gruden’s bio, he is entering his first full season with the Redskins as video assistant – a role in which he is responsible for filming and editing Redskins’ games and practices. 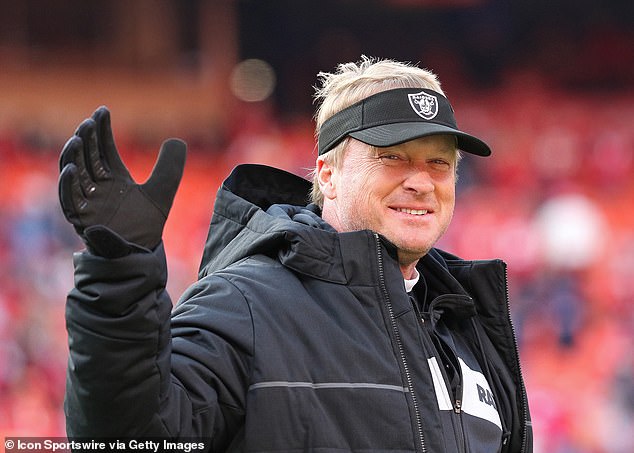 Jack’s uncle Jon, Jay’s brother, is in his second stint as head coach of the Oakland Raiders