When Alia Sultana fled her home country of Pakistan, she arrived in Australia as a woman who’d spent the better part of her life confined to her home

But when the 47-year-old, her husband and their youngest daughter fled their homeland as religious refugees in 2011, everything changed.

While the family were relieved to be able to live freely, starting over in Australia wasn’t without its challenges, Alia told Daily Mail Australia. 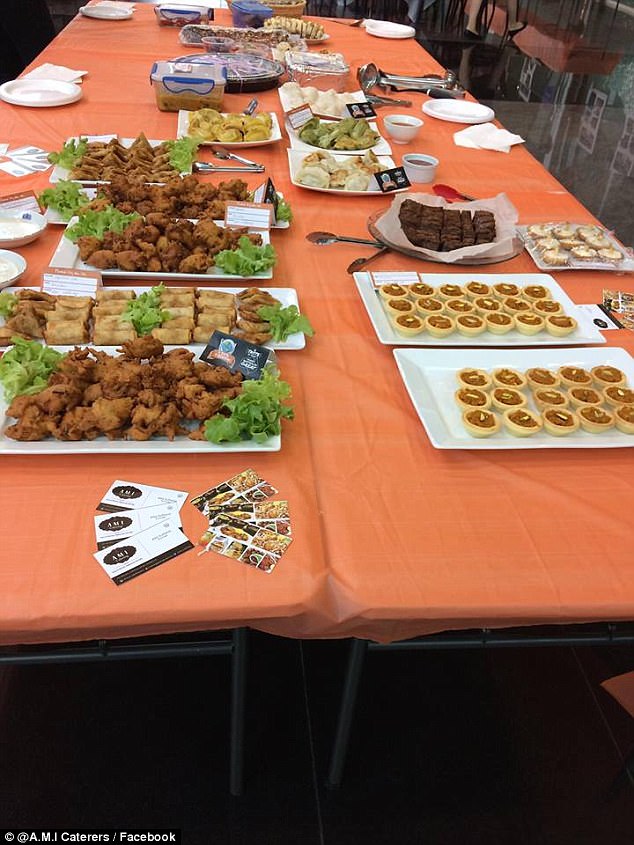 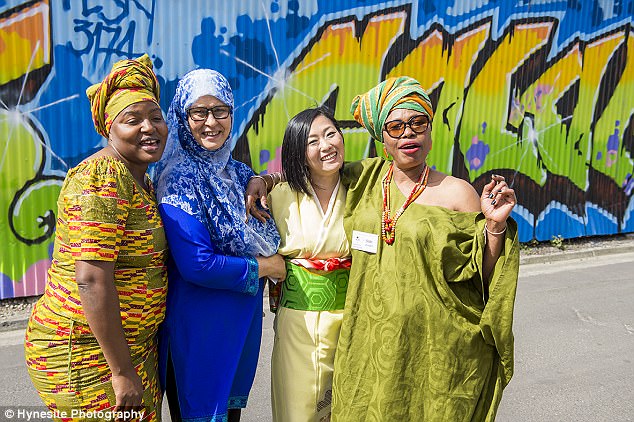 Alia (pictured second from left) is a co-founder of SisterWorks, a collective that supports other refugee women to start their own businesses

In Pakistan, Alia was a member of the persecuted Hazara ethnic group and she fled with her husband after their daughter came to Australia as an international student.

Her first hurdle, she explained was to overcome the language barrier so she could connect with her community.

She made learning English a priority by regularly attending classes run by the Brothers of St Laurence in Dandenong, Victoria, where the family was based and ‘trying to speak in English with everyone’.

‘I had little English at the time, so it was very difficult for me to communicate with the people.’ 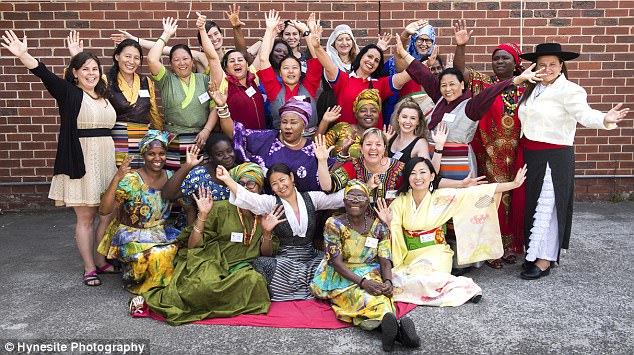 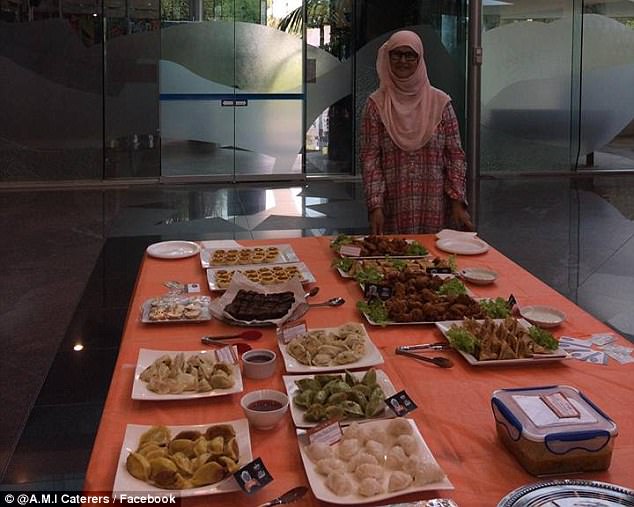 Although she had studied psychology in Pakistan, Alia said, she hadn’t pursued a career because it was expected she would care for her family.

‘The culture is that women have to live in the house,’ she told Daily Mail Australia.

‘Their duty is to cook and clean and look after the children and to serve their husband and in-laws.’ 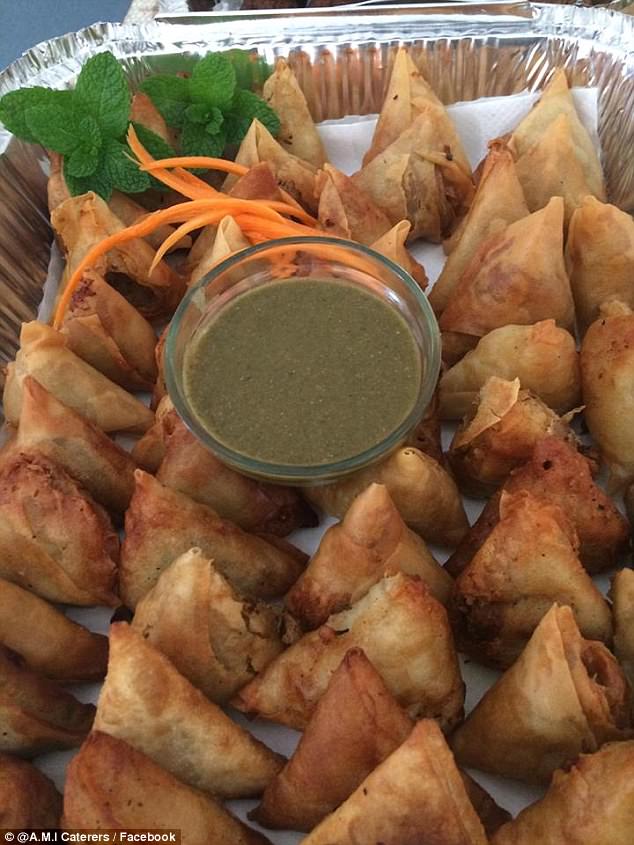 ‘When your husband gives you permission to go out it’s a big shock,’ Alia told the Sydney Morning Herald.

‘In Pakistan I was a housewife and I cooked, cleaned and cared for children but here I am confident I can earn money,’ she added.

With her new-found confidence – and some newly forged connections – Alia slowly began to strike out on her own, and with her husband’s blessing.

‘Back in Pakistan, I never go out to have a job and earn money,’ she told Daily Mail Australia.

‘When we came here, my husband say “you can go out and whatever you want you can do it”.’ 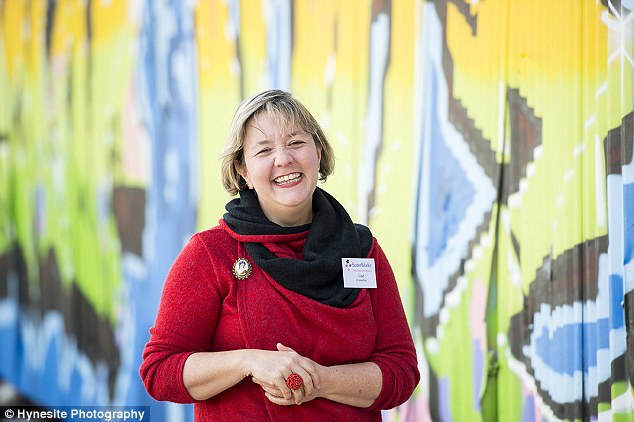 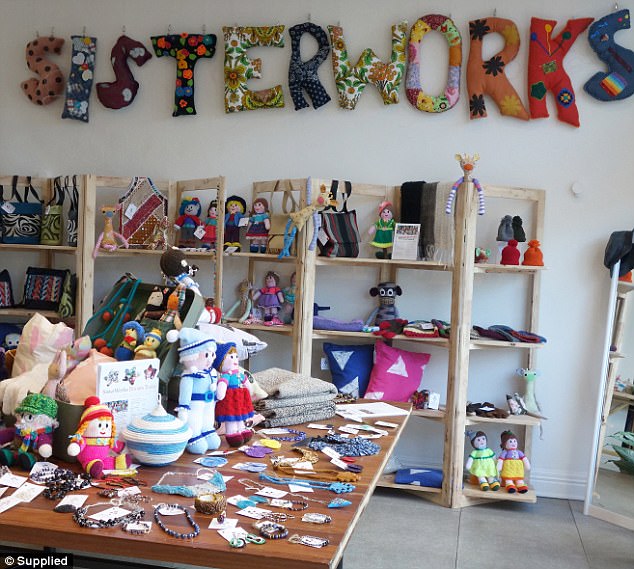 The non-profit sells artisan goods from a shop in Richmond. 50 per cent of the profits are returned to the women

English classes didn’t just give Alia the skills to communicate, they had also allowed her to forge bonds with other women.

This led Alia along with her friend Luz Restrepo  – a political refuge from Columbia – to create SisterWorks, a social enterprise to support migrant and refugee women.

The non-profit organisation allows women to develop business skills through making and selling artisan wares through their Richmond-based store.

The women receive 50 per cent of the profit on sales, the rest is reinvested back into the collective. 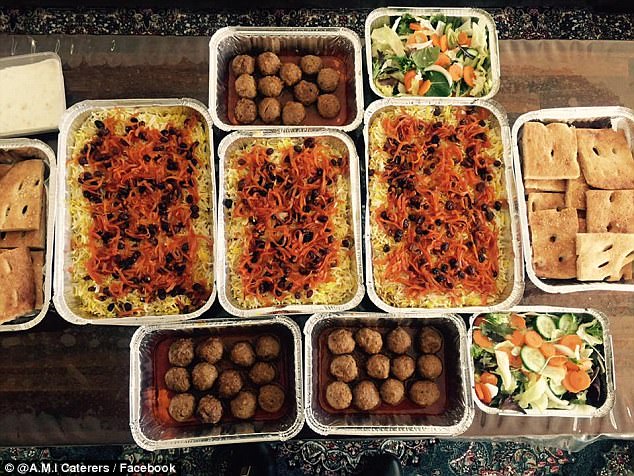 As well as delicious food, Alia brings a host of freshly honed business skills to the table 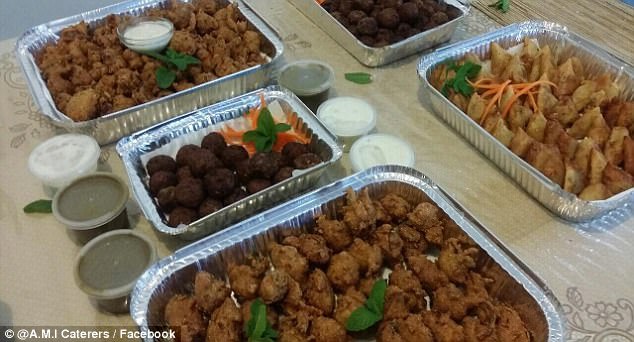 ‘Earning money it’s a good feeling for myself and I think I can support my family. It makes me confident and empowered.’

Alia’s catering business, A.M.I, is the organisation’s latest venture that allows the accomplished cook to bring a host of newly-honed skills to the table.

Not only can she share a little of her culture with others through food, making extra money gives her a sense of financial freedom.

‘As a woman when you earning money it’s a good feeling for myself and I think I can support my family. It makes me confident and empowered.’ 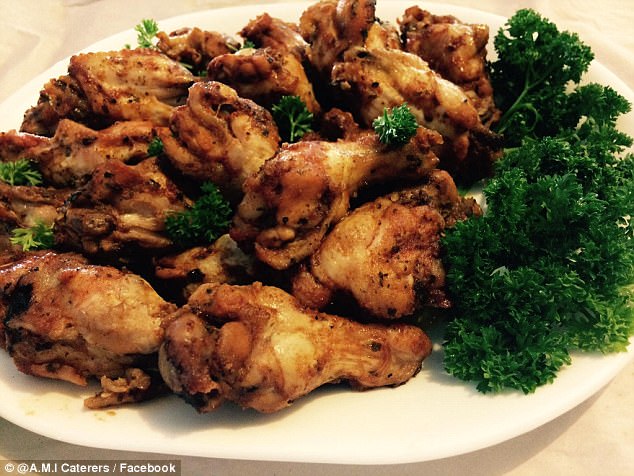 It’s also part of her belief that it’s important to encourage other women to have confidence in themselves.

‘I think women should be empowered to help their family,’ Alia said.