Relaxing dip in a hot bath could be key to easing depression and anxiety, new study shows

Could a hot and relaxing bath be the new way to treat depression? That’s the theory behind a trial in which patients with depression and anxiety will be prescribed dips in hot water at temperatures of 39c to 40c.

Heat emerged as a potential treatment after it was found that when people with depression have a fever, say from a cold or another illness, their mood improved.

One in five British adults show symptoms of anxiety or depression. As a result, they may experience feelings of unhappiness and hopelessness as well as having physical symptoms including excessive tiredness, insomnia and loss of libido.

Typically treatments involve counselling or talking therapies to identify and resolve the factors responsible, and antidepressants, which are thought to alter levels of brain chemicals affecting mood such as serotonin.

Could a hot and relaxing bath be the new way to treat depression? That’s the theory behind a trial in which patients with depression and anxiety will be prescribed dips in hot water at temperatures of 39c to 40c

Either measure can work for some, but not for all — it’s estimated that up to 30 per cent of people do not respond to drug treatment, for instance.

What’s more, antidepressants can take several weeks to fully take effect and have side-effects including loss of libido.

It was first reported back in 1995, in the journal Biological Psychiatry, that high fevers may ease depression.

A number of small studies have since supported the idea that heat may help — including one based on 24 patients reported at the 2016 annual meeting of the Society of Biological Psychiatry in Atlanta in the U.S.

For that, heated coils were placed around patients with severe depression, increasing their body temperature to 38.3c. The heat was then turned off and the patients cooled down for one hour.

The researchers from Wisconsin University, in the U.S., found that 60 per cent of the patients responded to treatment, and 40 per cent met the criteria for remission from their depression after a single session.

One is that depression has recently been associated with high levels of general inflammation in the body — so the theory is heat may increase levels of anti-inflammatory compounds.

Another theory is that the sensation of heating the body may relax patients, making them less prone to negative thoughts. The new trial at Lakehead University, in Canada, will recruit 150 patients diagnosed with depression, anxiety or post-traumatic stress disorder. 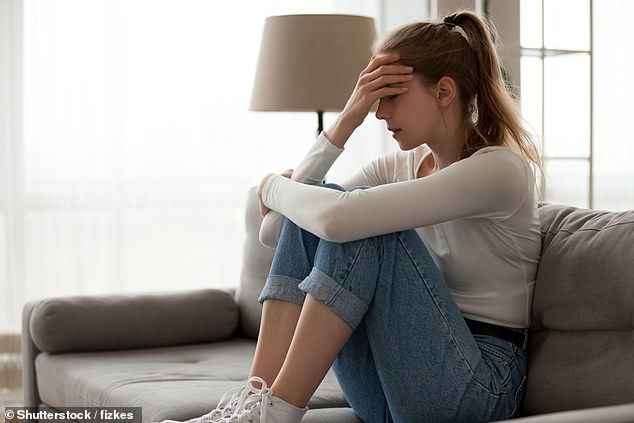 One in five British adults show symptoms of anxiety or depression. As a result, they may experience feelings of unhappiness and hopelessness as well as having physical symptoms including excessive tiredness, insomnia and loss of libido

Half will have their legs placed in hot water for a minimum of 30 minutes, three times a week for two months. The other half in the trial will undergo the same procedure but with water of 30c to 32c.

Doctors will then compare the severity of symptoms reported.

Carmine Pariante, a professor of biological psychiatry at King’s College London, is enthusiastic about the study.

The more fruit and veg you eat, the lower your risk of depression, according to a 12-year study of more than 4,000 adults.

The results reflect that different fruit and veg contain a variety of phytochemicals, say the researchers, writing in the European Journal of Nutrition.

ZENB Pasta is made from 100 per cent yellow peas and is high in fibre and protein, with around six times more fibre than durum wheat pasta, and more than three times more protein. Three packs of 340g, £9, zenb.co.uk

Yes. I love exercise, I think it makes you feel good. I don’t work out every day and I do different types of exercises so I don’t get bored. Sometimes I go rock climbing, or I just have an hour’s walk, other times I go to a gym or do a two-mile jog.

I try. My favourite fruit is watermelon, and my favourite vegetable is broccoli. I also like tomato and cucumber. In my 20s, I used to eat what I wanted. But I grew up and things have changed. I’ve learned to eat what’s good for my body.

I don’t diet. Since last year I have been following a keto eating plan, which is high in protein, to help me build muscle.

I love a plate of fries. Honestly, I don’t know what it is about the potatoes in this country. I get into work and if someone asks, ‘what do you want?’ I’ll say, ‘fries’. As for a glass of wine with a meal, it’s not a highlight for me.

How has the pandemic affected you?

THE last lockdown was like, wow. It was dark and cold, and it was winter. Like many people, I had to cope and make do and use work as a light somehow just to keep going. But it’s been hard.

I’ve had so many. I dislocated my right knee and my left shoulder during the last season of Strictly. I was doing a cartwheel and my shoulder just went in and out. I also had a knee dislocation while doing a leg flick and put it back in myself. This was in rehearsal. Even this year, I had to do a lot of physio to strengthen the surrounding muscles.

I’ll have an omega supplement to help keep my joints flexible, calcium for strong bones and I take a multivitamin.

Not unless I hurt myself and I have to get some sort of plastic surgery to heal a wound. But for now, I don’t feel like that is the direction I’d take.

I am petrified of snakes. My mum loves them.

I don’t think I have a high pain threshold but my mindset is, when I have a dislocation, I’ll continue dancing because I have to train. I have to keep going.

I’ve been to a chiropractor and an osteopath. I’m also into essential oils, and I love bath salts for tired and aching muscles.

When I’m working, I wake up early because I can’t stop thinking. I’m one of those people who get so obsessed about their work: if it’s not perfect, I won’t sleep.

No. I feel that the circle of life requires all of us to rest in peace at some point. I want to know that I’ve lived a full life.

Oti is working with the keto recipe box service, greenchef.co.uk

A sea squirt, a potato-shaped invertebrate found off the Florida Keys in the U.S., could be the source of a life-saving treatment for infections resistant to drugs.

Tests on mice at the University of Wisconsin- Madison show the anti-fungal molecule turbin- micin in the microbiome of the creature, may target fungi that don’t respond to drugs — such as Candida auris, which can cause wound and ear infections and severe illness.

The findings, in the journal Science, are the result of a five-year collaboration to look for new anti-microbial drugs led by U.S. scientists.

Curcumin, the active ingredient in turmeric, is being tested in a 30-day trial of 110 people with severe tinnitus by Michigan Ear Institute. Animal studies revealed curcumin (which is known for its anti-inflammatory properties) can help stop and treat damage caused by noise to cells in the inner ear.

Nose swab can identify cause of your cough

Respiratory symptoms such as a cough or fever can have a variety of causes including Covid-19, flu and respiratory syncytial virus (RSV).

Now a new test, already authorised in the U.S., can check for different pathogens linked to these infections in one go, identifying the cause in 36 minutes.

The diagnosis allows patients to start suitable treatments for their condition. In the test, developed by Californian company Cepheid, a swab taken from inside the nose is analysed by a machine.

It looks for the virus’s genetic material using a polymerase chain reaction (PCR), which is said to be far more accurate than antigen tests.

Chemicals in saliva offer a new way to diagnose concussion in sports players, the British Journal of Sports Medicine reports.

The injury can currently only be diagnosed through a doctors’ observations.

Scientists from the University of Birmingham took saliva samples from more than 1,000 male professional rugby players before, during, immediately after and 36 to 48 hours after games. Samples were also taken from more than 100 non-injured players, and 66 with non-head related injuries.

Testing the saliva for small non-coding RNAs — molecules that can indicate concussion — revealed a combination of 14 molecules that distinguished the concussed players from those without the injury.

Analysis of data from 5,000 people found they reduced their risk of liver cancer by 5.4 per cent for every 40 grams of yoghurt eaten.

Researchers from Anhui Medical University in China, writing in the journal Nutrition and Cancer, suggest this may be because yoghurt is rich in calcium, which is thought to help boost the breakdown of fats in the body.

Previous research has also shown that yoghurt may protect against fatty liver disease, a build-up of fat in the liver that’s a risk factor for liver cancer. 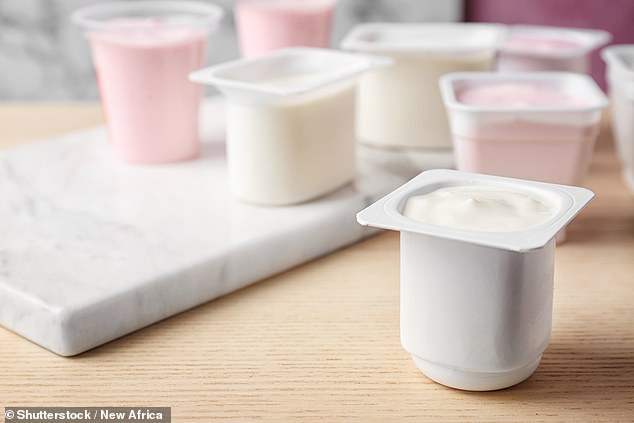 A new app can monitor frailty in patients with heart problems.

Developed by U.S. scientists at Stanford University, the VascTrac app monitors whether users can walk 200 metres within six minutes — the cut off point for frailty. It has been tested in a study involving 111 patients with cardiovascular disease.

The fatigue associated with heart disease can prevent patients undertaking everyday activities, leading to a reduction in the quality and length of life.

The study, funded by Apple and published in the journal PLoS One, found the app to be 90 per cent accurate; the researchers suggest it could play a role in helping older people monitor their condition.