The two coronavirus cases reported in Victoria on Wednesday afternoon are the only new cases found in the state in the last 24 hours, the Department of Health confirmed on Thursday.

The development is a relief for residents after a worrying cluster at the Holiday Inn Melbourne Airport threatened to expand – but has remained at eight cases.

The Victorian Department of Health and Human services announced a worker at the quarantine hotel is one of the cases and the other is a ‘previous resident who exited the facility on February 7’.

South Australia has closed their border to residents of greater Melbourne as of Thursday in response to the hotel outbreak.

Quarantining hotel guest at the Holiday Inn near the Airport are moved to a new location in Melbourne on Wednesday. A review of the state’s hotel quarantine system is underway after two new cases of COVID-19 were linked to the hotel

Health authorities issued an urgent alert for two Melbourne banks where the infected returned traveller visited after being released from isolation on Sunday.

There may also be more exposure sites linked to the previous resident, DHHS has warned.

Genomic testing has confirmed the latest outbreak at the Holiday Inn Melbourne Airport is the highly contagious UK strain of the virus.

Also on Thursday morning, an urgent health warning was issued to shoppers after a Covid-infected person wandered around a Melbourne mall.

The infected person is understood to have walked around Sunbury Square Shopping Centre on Friday February 5 between 3.40pm and 4.30pm.

They are asking anyone who was also there at that time to urgently get tested and isolate until receiving negative result.

‘Individuals who attended the shopping centre outside of this timeframe are not considered at risk, but should monitor for symptoms and immediately present for testing if they become unwell,’ DHHS said.

In response to the outbreak returned travellers and 135 staff were forced to evacuate the Holiday Inn Melbourne Airport.

Guests began the transfer process to the Pullman Hotel in Melbourne from 8am on Wednesday ‘to quarantine an extended number of days’. 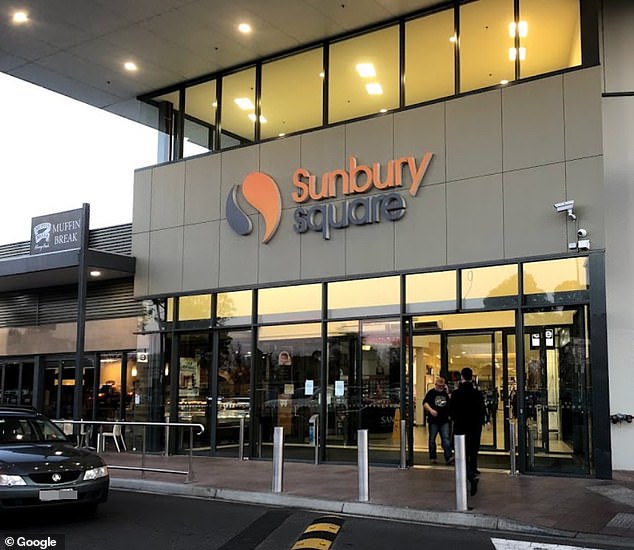