Remainers ramped up the push for a second EU referendum today – amid fevered plotting about creating a new ‘centrist’ anti-Brexit political party.

Tory former PM Sir John Major insisted another national ballot would ‘morally justified’ because pledges from Eurosceptics during the 2016 had turned out to be false.

The intervention came as nearly 40 Opposition MPs signed an open letter calling for the public to be given another chance to decide on future ties with the EU.

Several Tories including Anna Soubry and Justine Greening have also endorsed the idea recently, although they have not added their names to the latest letter. Former Attorney General Dominic Grieve said this morning that another referendum might be the ‘right thing to do’. 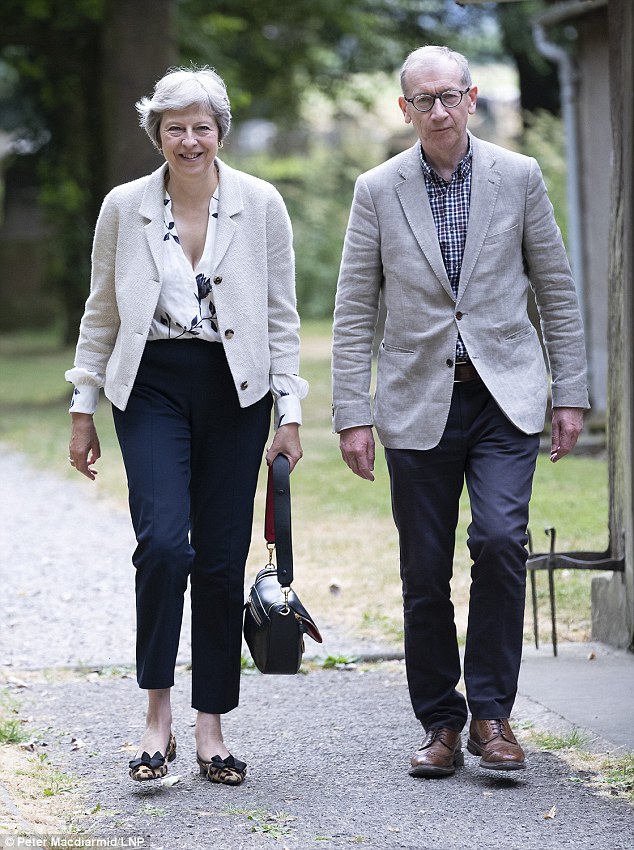 Theresa May, pictured at church in her Maidenhead constituency today with husband Philip, is battling to hold the Tories together as she desperately scrambles to put together a deal with the EU

Speaking on the BBC’s Andrew Marr show this morning, Sir John took aim at the ‘fantasy promises’ from the Leave side in the referendum.

‘It has downsides. I mean, frankly, a second vote has democratic downsides. It has difficulties,’ he said.

‘But is it morally justified? I think it is.

‘If you look back at the Leave campaign a great many of the promises they made were fantasy promises.

The £9.3million spend by government on the EU referendum gave the Remain side an unfair advantage, an independent commission has suggested.

The Independent Commission on Referendums, whose members include pro-EU Tory Dominic Grieve and Labour Leave backer Gisela Stuart, found the elections watchdog should be able to seek an injunction to block the distribution such material in future.

Mr Cameron was heavily criticised in April 2016 when his government issued a leaflet to all households setting out why remaining in the EU was the ‘best decision’ for the country.

In its report, the cross-party commission said: ‘Less than three months before the EU referendum, the UK government spent £9.3million of public funds distributing a leaflet entitled ‘Why the government believes that voting to remain in the EU is the best decision for the UK’, the purpose of which, it claimed, was ‘to help the public make an informed decision in the upcoming EU referendum.’

According to the Sunday Telegraph, the panel, set up by University College London’s Constitution Unit, added: ‘The Commission is concerned that the current restrictions on government during referendum campaigns permit potentially unlimited spending of public money in favour of one side before the final four weeks.’

‘We now know they are not going to be met.’

Referring to the ‘irreconcilable’ stance taken by hardline Tory Brexiteers, Sir John said: ‘That has boxed the Government and particularly the Prime Minister into a corner.

‘The danger at the moment is that they will frustrate every move the Government seek to make and by accident, because nothing can be agreed, we will crash out without a deal.’

The letter urging a new Brexit referendum – including an option to stay in the EU – has been signed by 38 Labour, Lib Dem and Green MPs.

Meanwhile, it has been revealed that Liberal Democrat leader Vince Cable missed a crunch Brexit vote last week because he was having secret talks about joining forces with other Remainer politicians.

Some Lib Dem activists have been so incensed at the absence that they are threatening to oust him.

Sir Vince confirmed today that he was at a ‘confidential private dinner’ during last week’s crucial vote on Brexiteer demands for the EU to reciprocate if the UK collects tariffs on its behalf.

The government defeated the idea by a tiny margin of just three votes – thanks in part to the absence of Sir Vince and fellow Lib Dem Tim Farron.

Amid fury from activists threatening to oust him, sources close to Sir Vince told the Sunday Times he was at a dinner with people involved in the potential new movement.

The veteran former Cabinet minister told Pienaar’s Politics on BBC Radio 5 live that he ‘got it wrong’ and it was a ‘mistake’ to miss the vote.

He refused to confirm the dinner he was attending was to discuss the possibility of setting up of a new centrist anti-Brexit party, but added: ‘In the longer term there may be a re-alignment because of the deep splits in the parties and I want my party to be at the centre of it.’

‘The tensions building up in the Conservative and the Labour Parties are so severe it’s difficult to see them surviving in their present form’ although he said his immediate priority is to work with people in all parties to stop Brexit.’ 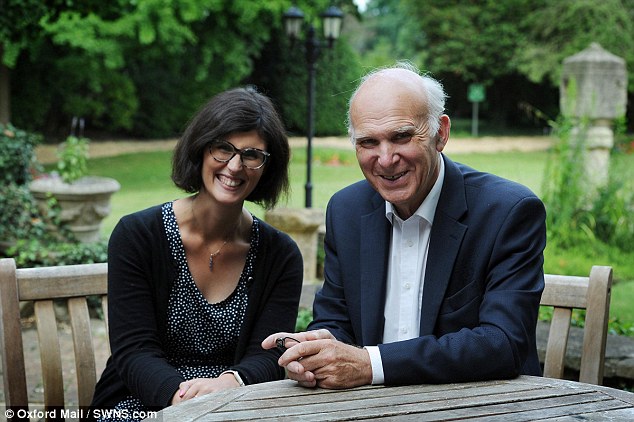 Sir Vince Cable (pictured right) confirmed today that he was at a ‘confidential private dinner’ during last week’s crucial Brexit vote on whether the UK should stay in the customs union. Some Lib Dem activists are so furious at his absence they want to replace him as leader with Layla Moran (left)