Residents left homeless by the once in a century floods in Townsville are struggling to put a roof over their heads as a housing shortfall forces rent prices to soar to an all-time high.

Rents have skyrocketed by up to $150 a week in the three weeks since the disaster devastated the North Queensland city with a year’s worth of rain within a week.

The 2000 flood-damaged homes deemed unliveable and an influx of tradies arriving in the region to help clean up and rebuild the region have added to the housing crisis.

Some rentals are going for more than double their normal asking price, the ABC reported.

The average rent for a three bedroom home in Townsville City is $410 week, according to realestate.com.au.

On classifieds website Gumtree, a newly listed six bedroom, three bathroom fully furnished home in the suburb of Castle Hill will set you back $1500 a week.

Fed up with the fierce competition at rental inspections, some residents have stepped up their desperate house hunt by placing ads on Gumtree.

‘We have lost our home due to the floods and would like to rent a pet friendly house anywhere in Townsville. We are currently in a caravan park so can’t have our dog with us,’ one ad states.

Another states: ‘Desperately seeking accommodation in Townsville. Arriving early next month for work on the Cowboy Stadium. Can not pay anymore then $400 a week as I will still be paying for my rental where my wife and son will be staying.’

The Griffins are among the many families left homeless after 600mm of floodwater inundated their home.

‘We have looked at houses where people are now asking for $1,000, up to $1,300, which is just phenomenal in this town,’ Matthew Griffin recently told the ABC. 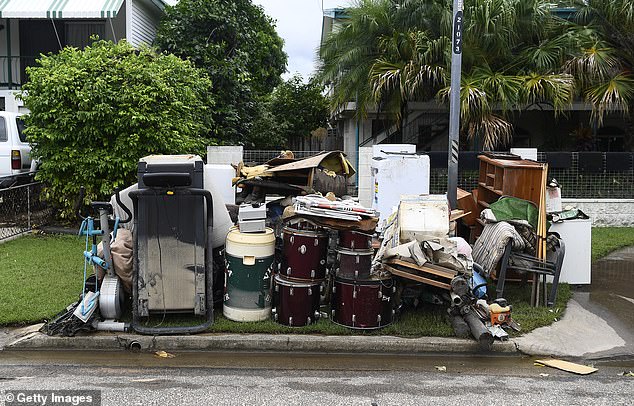 ‘I think that will level out [in the longer term], I think rents will be higher than they have been but we’re not going to see the massive increases that we’ve got right now,’ he told the ABC.

One mum-of-four whose family was displaced by the floods had three rental application knocked back at the final hurdle.

She was willing to pay $50 more than the advertised price after the landlord hiked up the rent during negotiations. 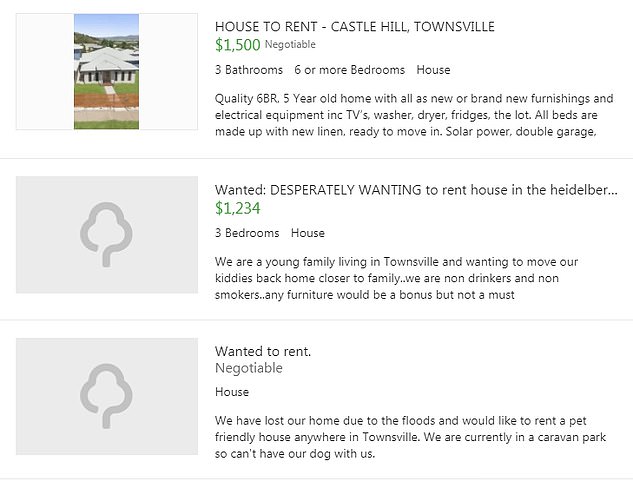 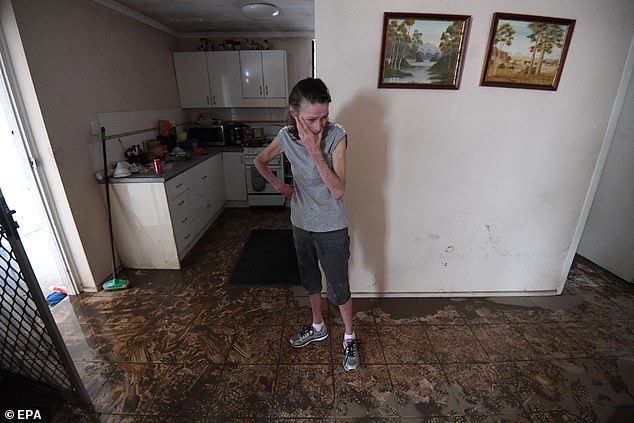 ‘It’s (the process) nerve-racking; I was so stressed I ended up in hospital,’ she told the Townsville Bulletin.

‘You’re just gutted. You’ve lost everything. You’ve got nowhere to live, I’ve got four kids living out of suitcases and I’m getting all these houses pulled out from underneath all of us because landlords are being greedy.’

The Real Estate Institute of Queensland (REIQ) says it’s working with realestate.com.au and Flatmates.com.au to address the region’s housing shortage.

Flatmates.com.au will waive listing fees until March 12 for those in Townsville opening their homes, rent free to anyone needing short-term accommodation.

‘We have seen this situation in other areas facing disasters, including the Whitsundays after Cyclone Debbie in 2017,’ REIQ chief executive Antonia Mercorella said. 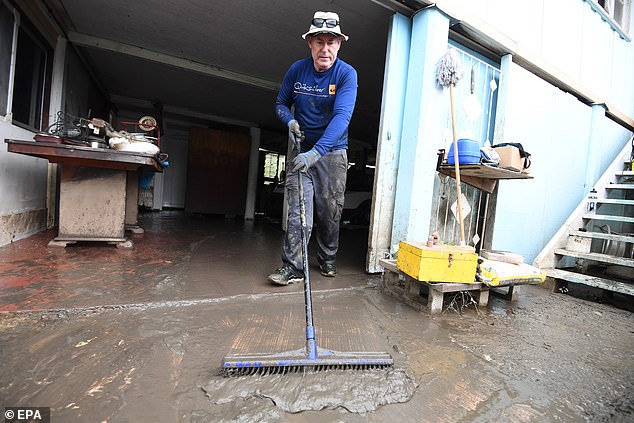 ‘It’s difficult to forecast how severe the housing shortfall might be, but this kind of creative and proactive solution should help ease some of the strain on the housing supply.’

‘We’ve been hearing amazing stories of property managers coordinating efforts to re-home people and going above and beyond to help their clients whose properties have flooded,’ she said. 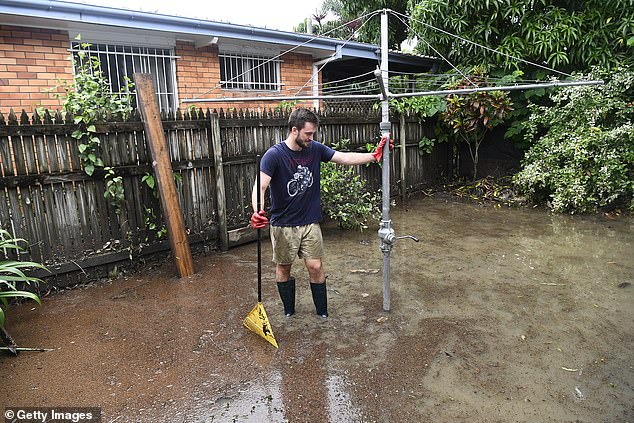