Arkansas Republican Sen. Tom Cotton tore into Supreme Court Chief Justice John Roberts, casing his new decision on DACA as so political that Roberts should resign and run for office.

The sarcastic blast from the Trump ally and possible future presidential candidate came as other conservatives piled on the George W. Bush appointee who authored the 5-4 opinion knocking down the Trump administration’s attempt to end DACA.

Although his opinion was technical in nature, Roberts called the way the policy was carried out ‘arbitrary and capricious,’ and dealt a blow to Trump – who has campaigned on putting conservative justices on the court – less than five months before the elections.

‘If the Chief Justice believes his political judgment is so exquisite, I invite him to resign, travel to Iowa, and get elected,’ said Arkansas Republican Sen. Tom Cotton

‘John Roberts again postures as a Solomon who will save our institutions from political controversy and accountability,’ Cotton said in a statement, the Federalist reported.

‘If the Chief Justice believes his political judgment is so exquisite, I invite him to resign, travel to Iowa, and get elected,’ he continued. ‘I suspect voters will find his strange views no more compelling than do the principled justices on the Court.’

Cotton and other conservatives argues that former President Barack Obama broke the law when he created the the Deffered Action for Childhood Arrivals program, after efforts at legislation in Congress blew up.

‘It cannot be the law that what Barack Obama has unlawfully done, no president may undo,’ Cotton said. 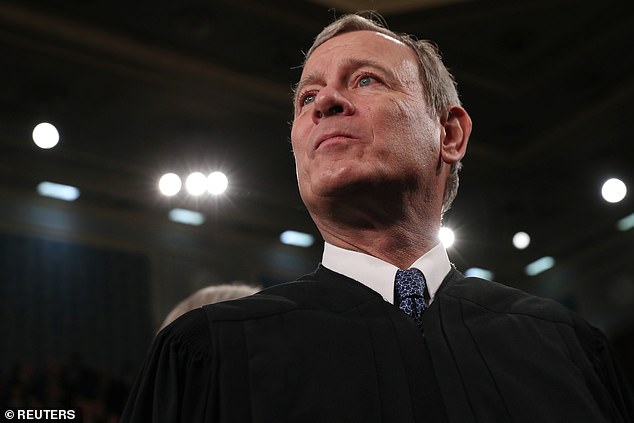 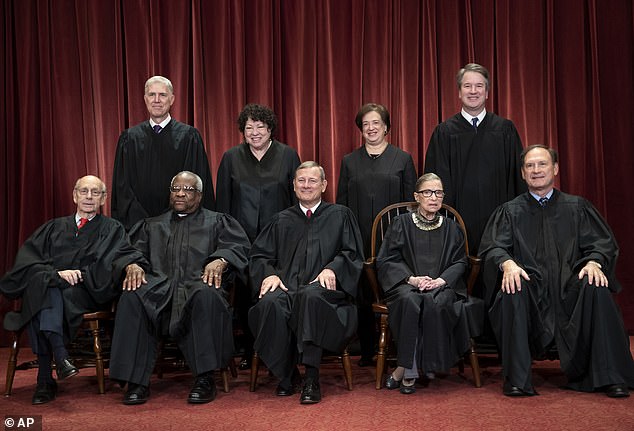 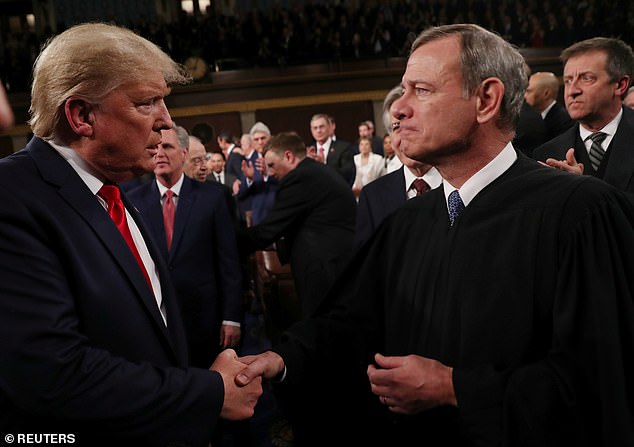 President Donald Trump greets Supreme Court Chief Justice John Roberts as he arrives to deliver his State of the Union address to a joint session of the U.S. Congress in the House Chamber of the U.S. Capitol in Washington, U.S. February 4, 2020. He Donald Trump inveighed against ‘shotgun blasts to the face’ after the DACA ruling 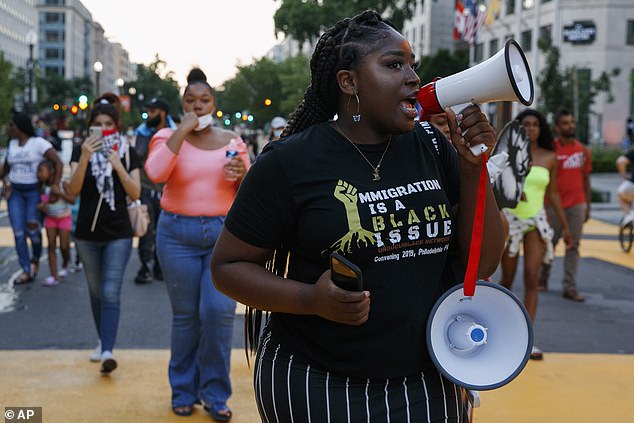 Joella Roberts, 22, of Washington, center, who is a recipient of the Deferred Action for Childhood Arrivals, or DACA, program and is originally from Trinidad and Tobago, leads a protest near the White House, Friday, June 12, 2020, in Washington 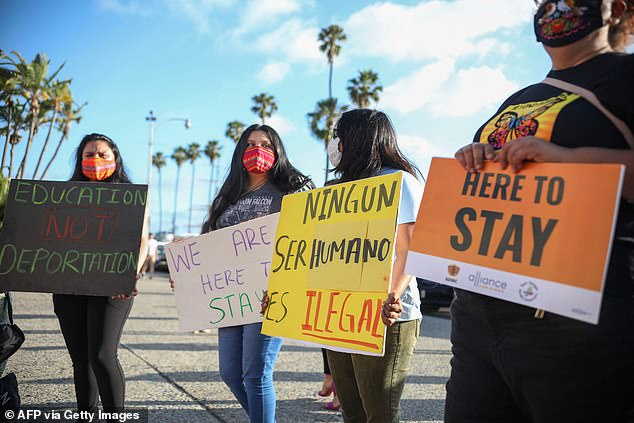 People hold signs during a rally in support of the Supreme Court’s ruling in favor of the Deferred Action for Childhood Arrivals (DACA) program, in San Diego, California June 18, 2020

Trump Trump also tore into the court – although on Friday he adopted a somewhat different tone and vowed to move forward.

‘These horrible & politically charged decisions coming out of the Supreme Court are shotgun blasts into the face of people that are proud to call themselves Republicans or Conservatives,’ Trump wrote Thursday. ‘We need more Justices or we will lose our 2nd. Amendment & everything else. Vote Trump 2020!’

But on Friday it was back to action, with the president saying his administration would be turning in ‘enhanced’ justifications for ending protection for deportations to DACA recipients.

‘The Supreme Court asked us to resubmit on DACA, nothing was lost or won. They ‘punted’ much like in a football game (where hopefully they would stand for our great American Flag). We will be submitting enhanced papers shortly in order to properly fulfil the Supreme Court’s …ruling & request of yesterday,’ Trump tweeted Friday morning.

Another Trump loyalist, Judiciary ranking Republican and Ohio Rep. Jim Jordan, also ripped Roberts – who also joined in a key ruling to uphold Obamacare, and joined an opinion by Justice Neil Gorsuch to protect employment rights for gays and lesbians.

Sen. Ted Cruz of Texas called the DACA decision ‘lawless’ and said it was ‘contrary to the judicial oath that each of the nine justices has taken.’

The high court on Thursday ruled that Trump improperly ended the Deferred Action for Childhood Arrivals program in 2017, citing the memos justifying the policy when it was first implemented.

Roberts joined the four liberal justices in the 5-4 majority, while the conservative justices called DACA illegal.