Republicans in congress have rejected a Democrat’s proposal to investigate the reasons behind Speaker Paul Ryan’s firing of the House of Representatives’ Chaplain last week.

Chairman of the House Democratic Caucus Rep. Joe Crowley introduced the resolution to create a special committee to look into Ryan’s ‘motivations and actions’ when he suddenly asked House Chaplain Patrick Conroy to resign.

Reps. Patrick Meehan of Pennsylvania and Tom Reed of New York were the only Republicans to vote for the resolution on Friday.

At least 148 lawmakers have sent letter to Ryan asking for more information on Conroy’s firing, according to NBC News.

House republicans voted down Democratic Rep. Joe Crowley’s resolution for a bipartisan committee to look into why Speaker Paul Ryan asked the Chaplain to resign 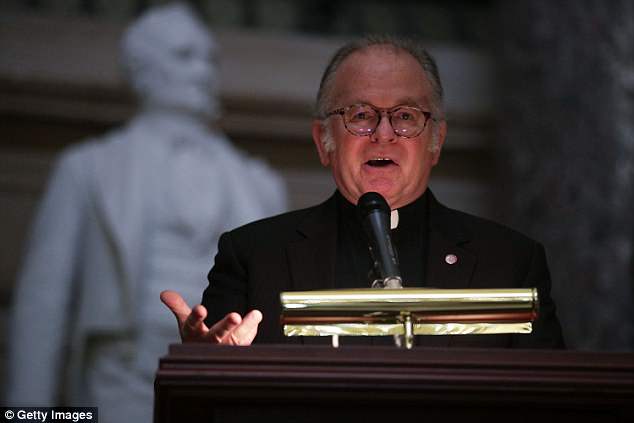 Father Patrick Conroy was told by Paul Ryan to resign last week and claims the Republican leader told him: ‘Stay out of politics’

Ryan has told fellow Republicans that he fired the House Chaplain after complaints from members that he wasn’t doing a very good job – not because of pressure over the Catholic priest’s political leanings, as it’s been reported.

Democrats – and Conroy himself – have cited a prayer he offered last Fall that called for fairness as the House debated tax cuts as a reason for GOP discontent with his performance.

Ryan’s spokeswoman AshLee Strong said on Thursday: ‘The speaker consulted with the minority leader, but the decision [to leave] was [Conroy’s]. He remains grateful for Father Conroy’s service.’

But minority leader Nancy Pelosi told NBC she has never received a complaint about Conroy and that Ryan ‘did a very bad thing’ by forcing the priest out.

Conroy’s firing is the first ouster of its kind in the history of the House.

Democrats and, particularly, Catholic lawmakers have been angered by the move that they see as politically motivated. 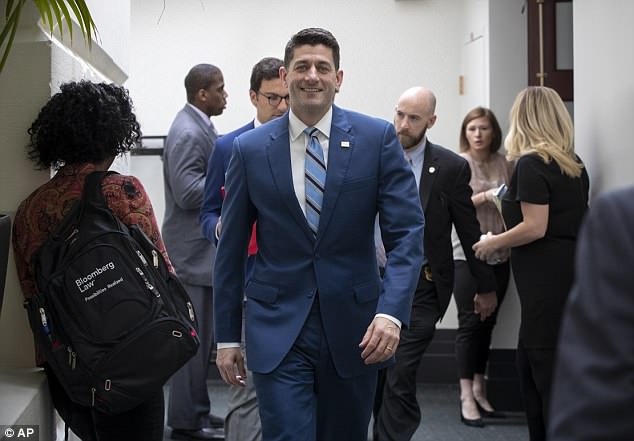 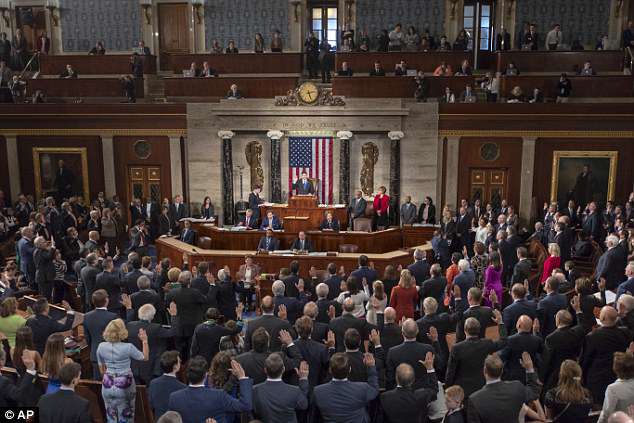 Conroy is a Roman Catholic priest from the Jesuit order. He was the second Catholic chaplain in the House’s history and appointed by Ryan’s predecessor John Boehner.

Both Boehner and Ryan are practicing Catholics.

Rep. Mark Walker, of Alabama, said he has heard of members who took issue with Conroy, as claimed by Ryan, and suggested a non-Catholic would be better for the post of Chaplain.

The lawmaker, a Baptist minister, told reporters on Friday that ‘Having spent 16 years in ministry as a pastor, there are things that you are able to understand that families go through in dealing with. It doesn’t mean you have to have to have your own.’

Last November, Conroy prayed for lawmakers to make sure that ‘there are not winners and losers under new tax laws, but benefits balanced and shared by all Americans.’

Conroy told the New York Times that shortly afterward Ryan warned him to ‘stay out of politics.’

One prominent Republican has expressed concern over Ryan’s decision. 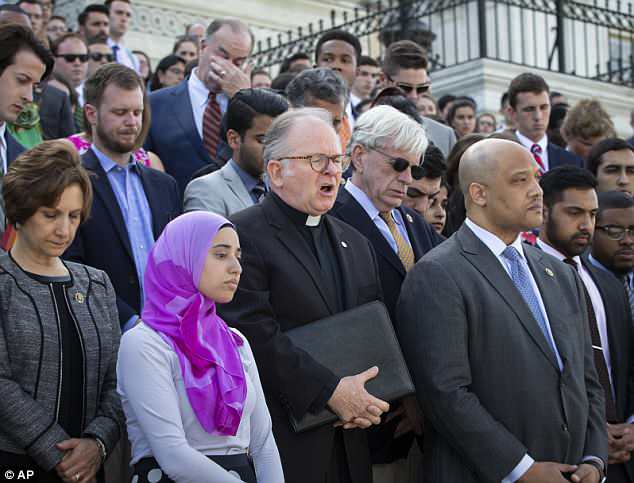 Conroy’s resignation letter said he was offering to step down at Ryan’s request, calling his seven years of House service ‘one of the great privileges of my life’.

‘I’m not aware of any discontent or any criticism and to be the first House Chaplain to be removed in the history of the Congress in the middle of a term raises serious questions.

‘We deserve more of an explanation and why. Was there political pressure?’ said Rep. Peter King, R-N.Y.

‘The Speaker said it was just because certain people felt he was not complying with their requests or was not giving them good counseling. I never heard that from anyone.’

Conroy has served as the chamber’s chaplain since 2011 but offered his resignation last week at Ryan’s urging. He will leave his House service next month.

His resignation letter said he was offering to step down at Ryan’s request, calling his seven years of House service ‘one of the great privileges of my life.’

The Chaplain is responsible for opening the House each day with a prayer and offering counseling to lawmakers and aides on the House side of the Capitol.