President Donald Trump’s racially fraught comments about a deadly neo-Nazi rally have thrust into the open some Republicans’ deeply held doubts about his competency and temperament.

Behind the high-profile denunciations voiced this week by GOP senators once considered Trump allies, scores of other, influential Republicans began to express grave concerns about the state of the Trump presidency.

In interviews with Associated Press reporters across nine states, 25 Republican politicians, party officials, advisers and donors expressed worries about whether Trump has the self-discipline and capability to govern successfully.

Republican officials, advisers and donors aired their grievances about Trump in an extraordinary public rebuke of the President

Eric Cantor, the former House majority leader from Virginia, said Republicans signaled this week that Trump’s handling of the Charlottesville protests was ‘beyond just a distraction.

‘It was a turning point in terms of Republicans being able to say, we’re not even going to get close to that,’ Cantor said.

Chip Lake, a Georgia-based GOP operative who did not vote for Trump in the general election, raised the prospect of the president leaving office before his term is up.

‘It’s impossible to see a scenario under which this is sustainable under a four-year period,’ Lake said.

Trump’s handling of the protests in Charlottesville, Virginia, has shaken his presidency unlike any of the other self-created crises that have rattled the White House during his seven months in office. Business leaders have bolted from White House councils, wary of being associated with the president. 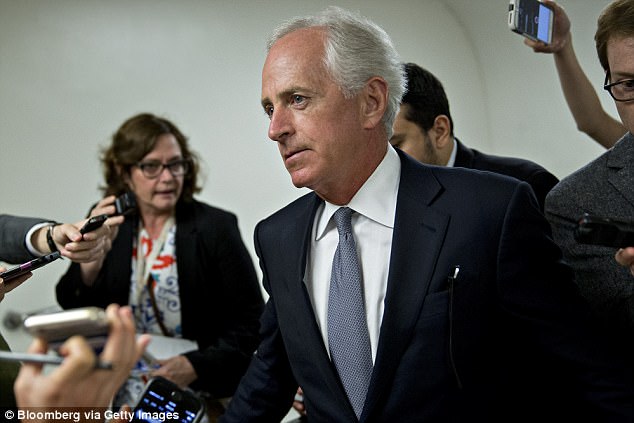 Tennessee Sen. Bob Corker (pictured) provided the sharpest criticism of Trump, saying he has not demonstrated the ‘competency’ or ‘stability’ required of a President 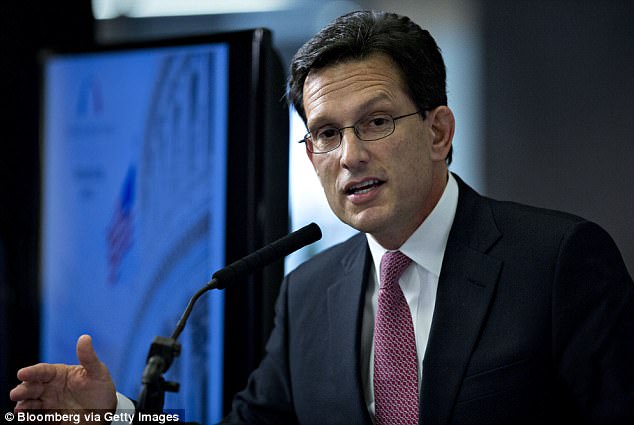 Military leaders distanced themselves from Trump’s assertion that ‘both sides’ – the white supremacists and the counter-protesters – were to blame for the violence that left one protester dead.

And some members of Trump’s own staff were outraged by his combative assertion that there were ‘very fine people’ among those marching with the white supremacists, neo-Nazis and KKK members.

Importantly, the Republicans interviewed did not line up behind some course of action or an organized break with the president.

Some expressed hope the recent shakeup of White House advisers might help Trump get back in control of his message and the GOP agenda.

Still, the blistering and blunt statements from some Republicans have marked a new phase. Until now, the party has largely kept its most troubling doubts about Trump to whispered, private conversations, fearful of alienating the president’s loyal supporters and upending long-sought GOP policy goals.

Tennessee Sen. Bob Corker, the chairman of the Foreign Relations Committee and a foreign policy ally of the Trump White House, delivered the sharpest criticism of Trump, declaring that the president ‘has not yet been able to demonstrate the stability nor some of the competence that he needs to’ in dealing with crises.

Corker’s comments were echoed in the interviews with two dozen Republican officials after Trump expressed his views in Tuesday’s press conference.

More than half spoke on the record, while the others insisted on anonymity in order to speak candidly about the man who leads their party and remains popular with the majority of GOP voters. 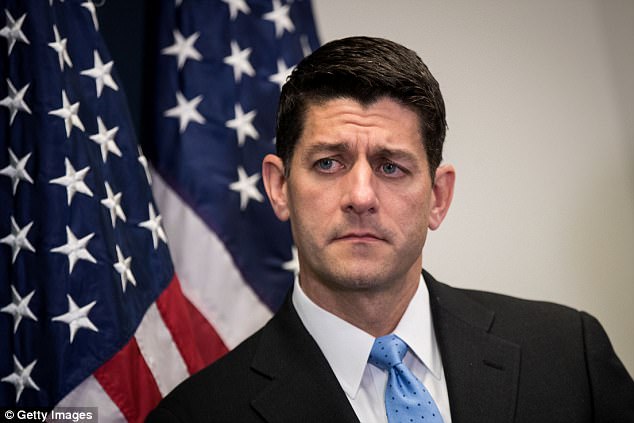 Speaker of the House Paul Ryan (pictured) called the neo-Nazi rallies in Virginia were ‘repulsive,’ shortly after Trump said there were ‘very fine’ people at the ‘Unite the Right’ protest 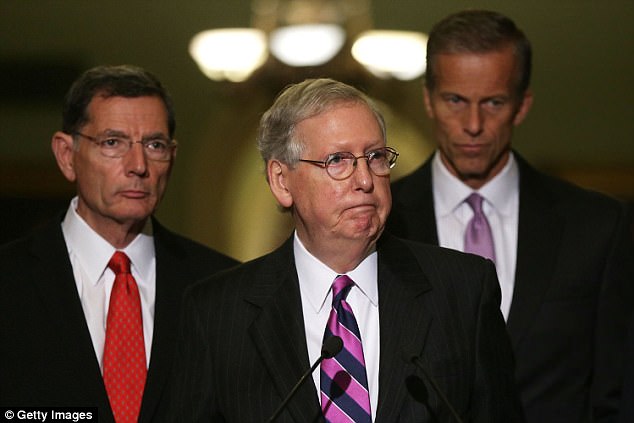 A handful defended Trump without reservation. South Carolina Gov. Henry McMaster, an early supporter of the president, said he ‘proudly’ stands with Trump and said he was succeeding despite a ‘constant barrage of negative attacks from the left.’

But others said recent events had shifted the dynamic between the president and his party.

‘I was never one that was convinced that the president had the character to lead this nation, but I was certainly willing to stand by the president on critical issues once he was elected,’ said Clarence Mingo, a Republican state treasurer candidate in Ohio.

‘Now, even where good conservative policies are concerned, that progress is all negated because of his inability to say and do the right things on fundamental issues.’

‘I’m concerned he seems to firmly believe in what he’s saying about it,’ Westerfield said.

Trump has survived criticism from establishment Republicans before, most notably when GOP lawmakers across the country distanced themselves from him in the final weeks of the campaign following the release of a video in which the former reality television star is heard making predatory sexual comments about women.

Many of those same lawmakers ultimately voted for Trump and rallied around his presidency after his stunning victory. 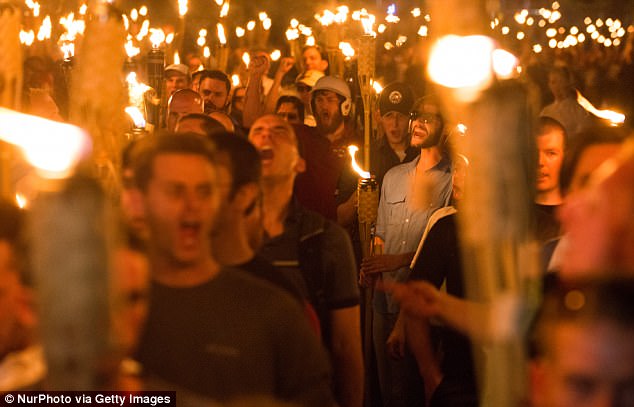 Neo Nazis, Alt-Right, and White Supremacists take part a the night before the ‘Unite the Right’ rally in Charlottesville, VA last Friday and Saturday

GOP efforts to align with Trump have largely been driven by political realities. The president still commands loyalty among his core supporters, though some recent polls have suggested a slight weakening there.

And while his style is often controversial, many of his statements are often in line with those voters’ beliefs, including his support after Charlottesville for protecting Confederate monuments.

Brian Westrate, a small business owner in western Wisconsin who is also chairman of the 3rd Congressional District Republican Party, said Trump supporters long ago decided to embrace the unconventional nature of his presidency.

‘I don’t think that anything has fundamentally changed between now and when the election was,’ he said.

Some White House officials do privately worry about slippage in Trump’s support from congressional Republicans, particularly in the Senate.

GOP senators couldn’t cobble together the 50 votes needed to pass a health care overhaul and that same math could continue to be a problem in the fall, as Republicans work on reforming the tax code, which is realistically the party’s last opportunity to pass major legislation in 2017.

Tom Davis, a Republican state senator representing a coastal South Carolina district, said that when Trump can move beyond the crisis of the moment, he articulates policies that could help the country’s economic situation. But Davis said Trump is also part of the reason not much progress has been made.

‘To his discredit, he’s been maddeningly inconsistent in advancing those policies, which is part of the reason so little has been accomplished in our nation’s capital these past six months,’ Davis said.

Mike Murphy, a veteran Republican strategist who most recently tried to help Jeb Bush win the 2016 GOP presidential primary, said the early optimism some Republicans felt about their ability to leverage Trump’s presidency has all but evaporated in the days following the Charlottesville protests.

‘Most party regulars have gone from an initial feeling of guarded optimism that Trump would be able to stumble along while Mitch (McConnell) and (Paul) Ryan do the big lifting and pass our Republican agenda to a current feeling of deep frustration and despair,’ Murphy said.