Name your children John or Mary if you want them to get rich: Research reveals the most popular names among Britain’s wealthiest people

Shipping magnate John Fredriksen is the richest ‘John’ in Britain, with a £7.5billion fortune

Many parents have heard the precocious line: ‘Mummy, I want to be a billionaire when I grow up’.

You can’t give them a get-rich quick formula, but many tycoons would advise anyone to invent, innovate or invest.

Or you could just give your child a head start at birth… and name them John or Mary.

Analysis of the richest people in Britain has found there are more millionaires called John or Jonathan than any other name.

Ann, Elizabeth, Janet and Catherine also appeared frequently in the annual table of the 1,000 wealthiest Britons.

Among the 65 Johns or Jonathans on the list, the wealthiest was shipping magnate John Fredriksen, 75, who is worth around £7.5billion.

His ten-bedroom Grade II-listed home in Chelsea, west London, has one of the largest private gardens in the capital.

Despite his astonishing wealth, he was only ranked 18th in this year’s rich list, behind billionaires including Sri and Gopi Hinduja (£22billion) and Sir James Dyson (£12.6billion). 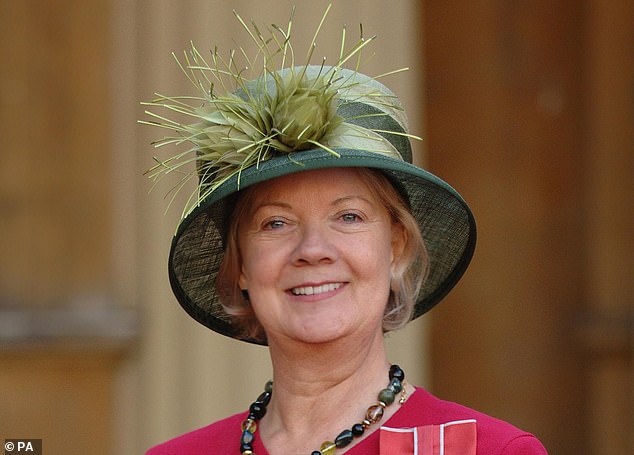 Specsavers founder Dame Mary Perkins has accrued £1.8billion, making her the wealthiest ‘Mary’ in the UK

Top of the Marys on the list is Dame Mary Perkins (£1.8billion), who founded the Specsavers chain of high street opticians with her husband Douglas in 1984.

Married mother-of-five Denise Coates, 51, who runs the gambling firm Bet365, was the highest paid with a package worth £265million.

John was the most popular name for British boys for four decades between 1914 and 1954.

Mary enjoyed the same popularity among girls between 1904 and 1924. Name trends would indicate that future billionaires are likely to be called Oliver and Olivia.

But parents who have already chosen less traditional names for their children should not despair – this year’s rich list also contained a Merlin, a Thor and a Pollyanna.