Researchers call for anyone who has seen beings while using DMT

Far beyond the tropes of vibrant colors and melting walls, reports of otherworldly psychedelic experiences that go hand-in-hand with one particular substance are seemingly unparalleled.

Among those who have taken what’s known as a ‘breakthrough’ dose of DMT, tales of encounters with unusual entities, from aliens and ‘machine elves’ to beings far more sinister, are remarkably ubiquitous.

The stories are so bizarre – yet so common among those who have used it – that scientists have now launched an investigation to find out more.

Among those who have taken what’s known as a ‘breakthrough’ dose of DMT, tales of encounters with unusual entities, from aliens and ‘machine elves’ to beings far more sinister, are remarkably ubiquitous. Stock image

Ayahuasca is an Amazonian plant-based drink that induces a hallucinogenic ‘trip’ stronger than magic mushrooms.

It’s thought to have ancient origins, with a long history of use by indigenous people in South America.

In recent years, however, growing popularity has brought foreign tourists flocking in to try the spiritual brew.

The effects of ayahuasca start 30 to 40 minutes after oral intake, with a peak occurring one to two hours later.

Most people describe a pleasant (although not always easy) experience, which may include changes in perception (mostly visual), deep introspection, revival of seemingly forgotten autobiographical memories, and mood boost.

A team from Johns Hopkins University is calling on people who have used DMT and experienced ‘strong psychoactive effects’ to fill out an anonymous survey, which can be accessed by clicking here.

The so-called spirit molecule dimethyltryptamine (DMT) is a molecule found in many plants and animals; it’s even produced naturally in the human body.

But, it’s perhaps most commonly known as the potent ingredient behind Ayahuasca’s powerful psychedelic effects.

The latest study centers on the ‘experiences of people who have had encounters with seemingly autonomous beings or entities after taking DMT.’

These bizarre phenomena, for many DMT users, occur after the point of ‘breaking through.’

Or, as the researchers put it, ‘the experience of passing through an entrance into another world or alternative reality.’

The study is led by neuroscientist Roland R. Griffiths, who has spent decades spearheading research into psychedelics, according to Motherboard.

The Johns Hopkins team is looking for willing participants to share their experiences in an anonymous survey which takes roughly 20-40 minutes to complete.

In the survey, you’ll be asked about both the short-term and long-term effects of encountering mysterious entities while on DMT. 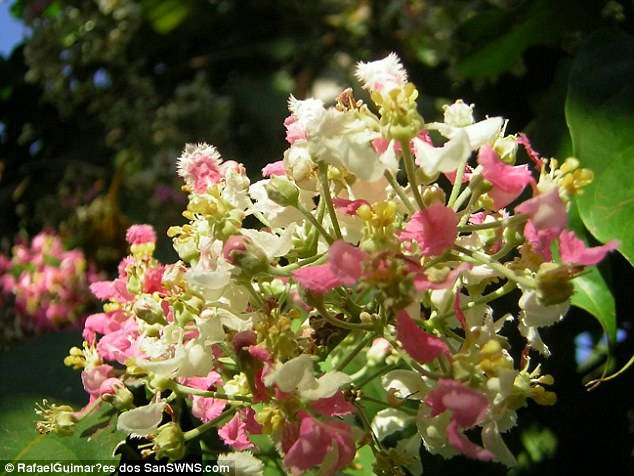 DMT is perhaps most commonly known as the potent ingredient behind Ayahuasca’s powerful psychedelic effects. Ayahuasca comes from a blend of the Psychotria Viridis bush (pictured) and the stems of the Banisteriopsis Caapi vine

While it might sound bizarre to some, such stories are not in the least bit rare. 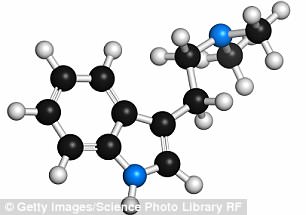 Dimethyltryptamine (DMT) is a molecule found in many plants and animals

‘They were scary, but benign,’ Gault wrote.

‘They said hello, remarked that I’d been with them before, then sent me on my way back to Earth.’

The researchers assure participation in the study is completely anonymous, and are now asking for anyone who has used DMT and experienced one of these strange encounters, or knows someone who has, to step forward.

‘This includes people who had such an experience long ago,’ the researchers note.