A nurse who brought COVID-19 into one of the tallest and most exclusive residential apartment towers in Australia failed to tell building management she was infected with the virus.

And neither did Victoria’s health department.

As Victoria records another deadly day, with 19 more deaths and 331 new active cases of COVID-19, Daily Mail Australia can reveal dangerous flaws in the way Victoria’s Department of Health and Human Services deals with positive cases within high rise buildings. 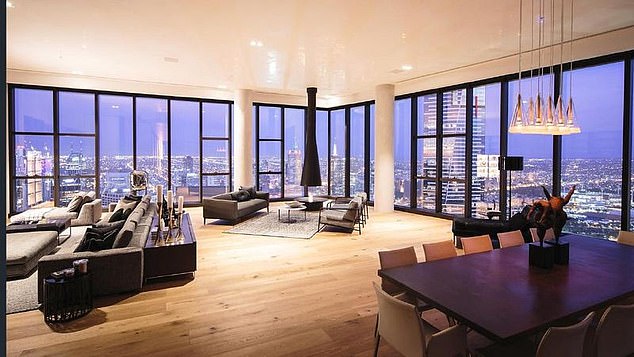 The 72-level Prima Pearl building towers over Southbank, on the banks of the Yarra River in Melbourne, housing hundreds of residents within its 67 residential floors.

The block is one of the most exclusive apartment blocks in Australia, with individual units selling for up to to $18 million.

It remains unknown for how long she had been accessing communal areas within the tower before self-isolating with two flat mates.

Well-placed sources have told Daily Mail Australia the nurse’s flat mates continued to live within the unit with their infected housemate, but failed to isolate themselves.

One of the flat mates later tested positive for COVID-19 after spending days free within the building and the community.

Under DHHS guidelines for multi-dwelling properties with shared facilities, the department gives no undertaking to inform building managers when it becomes aware of an infected resident.

‘DHHS may contact building managers when residents of multi-dwelling buildings test positive for coronavirus and there is an assessment made that more information is required to assess risk, or that additional public health actions are required,’ the document states.

Nor does the health department advise that residents within the building be informed that they are living among the infected.

‘DHHS will work closely with building managers in the event there is a positive case in the building and additional public health actions are required,’ it claims.

They are false claims, a source told Daily Mail Australia.

Instead, management was alerted to the potential risk by a diligent concierge who noticed that the nurse had not been seen downstairs for a while.

‘Her flatmates were still getting out and about. He asked about where she had been and they told him she had tested positive to the virus,’ the source said.

One of those flat mates, believed to be a young male, later tested positive to the virus after spending days accessing lifts and communal areas of the tower.

Last month, an immediate ‘hard lockdown’ was imposed on multiple high rise commission housing towers that confined thousands of people to their homes for days.

Towers across North Melbourne and Flemington were surrounded by police without notice. 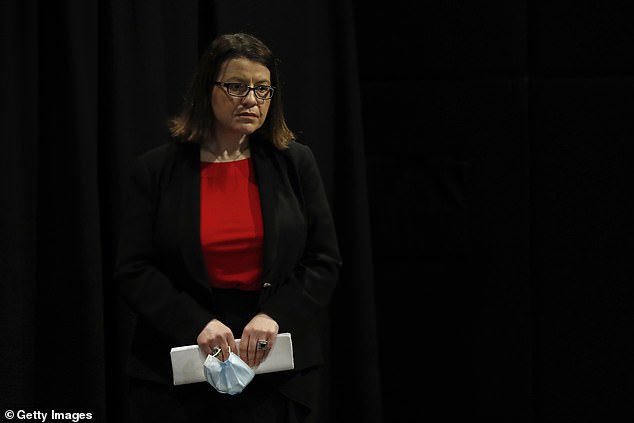 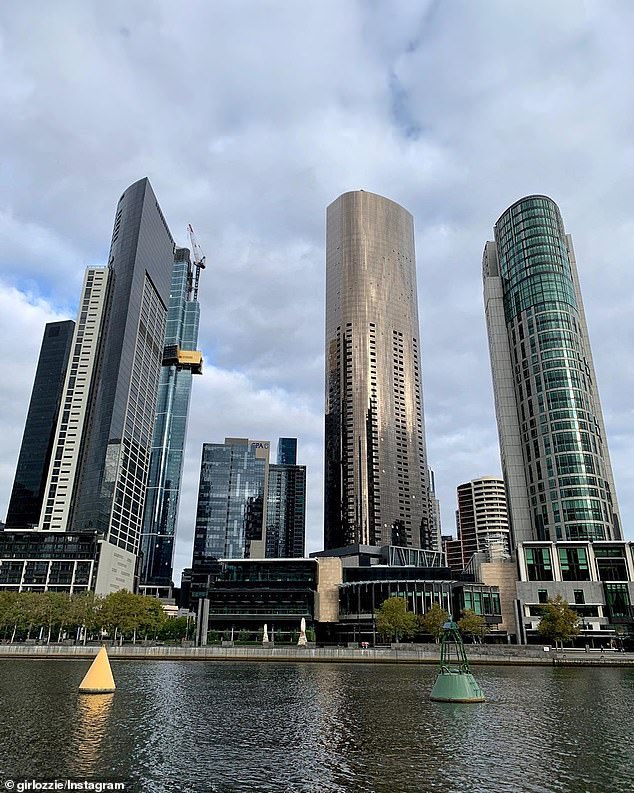 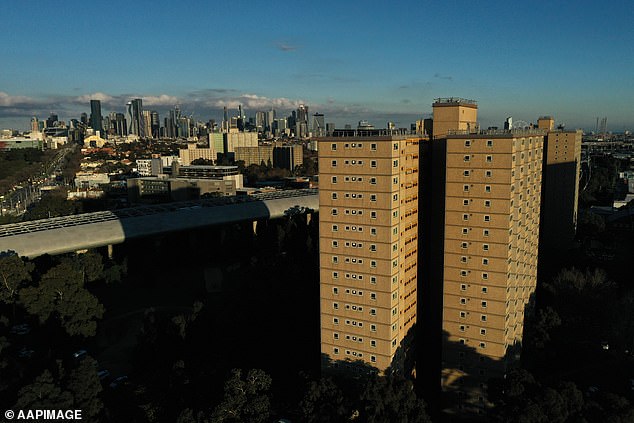 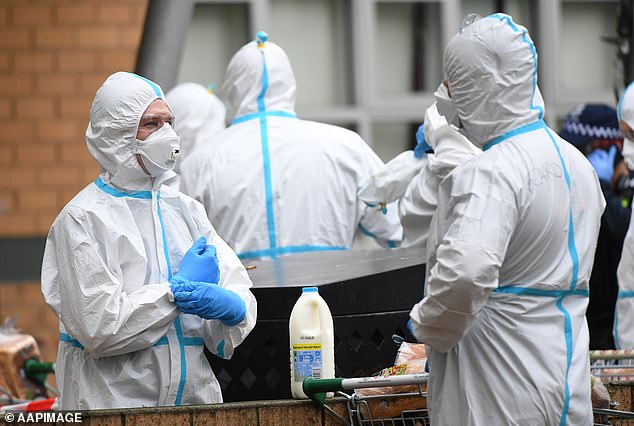 Some of the towers did not even have a single case of COVID-19 in them.

The move was slammed at the time by social services advocates, who said the action stank of double standards.

Daily Mail Australia has been told the infected residents at the centre of the Prima Pearl scare had recently moved to isolate at another location.

Upon learning of their infection, management scrambled to organise a deep clean of the tower’s lifts and communal areas.

It remains unclear if any of the tower’s residents were ever officially warned of the potential threat within their confined walls or if any other residents are infected.

Instead, she embarked on a late night self pity session on Twitter where she declared she had worked every day since January to ‘keep everyone safe’.

‘If it wasn’t enough, then I’m deeply sorry,’ she bleated.

A source told Daily Mail Australia the health department’s failure to act on the COVID-19 cases within Prima Pearl had little to do with privacy issues.

‘I would imagine their core role in all this is to do everything necessary to prevent the virus from spreading.

‘What’s the point of testing if they’re not going to take action to stop the spread after they’ve successfully identified a positive case?’ 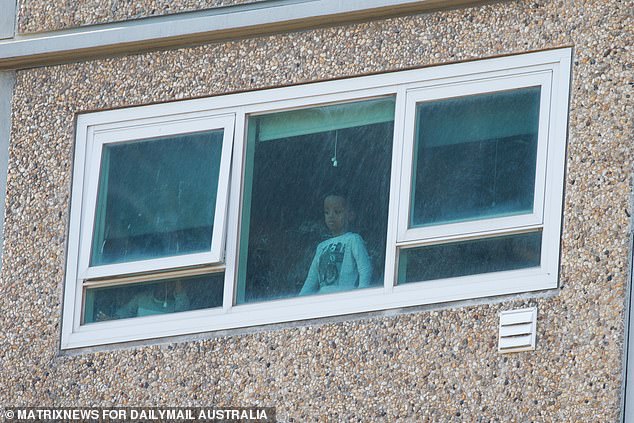 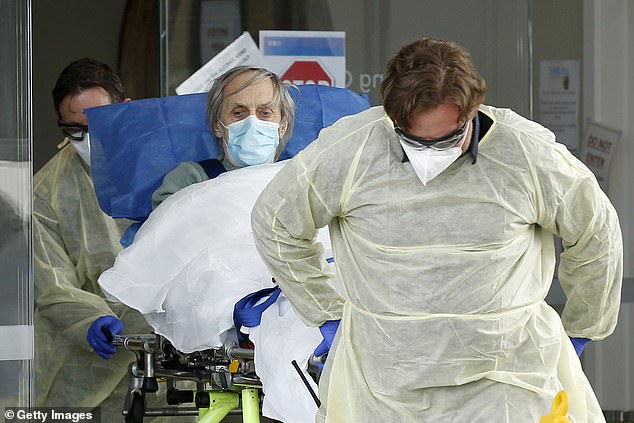 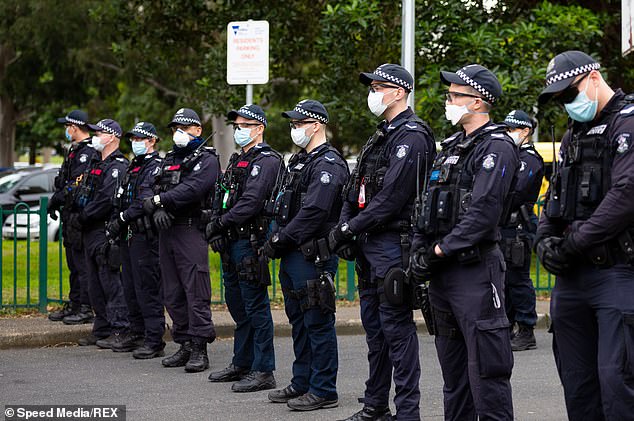 ‘It’s a classic case of different sets of laws colliding … Privacy versus duty of care to an entire building,’ the source said.

‘It’s a facilities management crossroad. But DHHS is providing little to no assistance or clarification to those running the buildings.

‘When you don’t take measures to manage a building you end up with the aged care debacle.’

The rate of coronavirus deaths in Australia’s aged care homes is among the highest in the world, a royal commission heard this week.

Commissioners heard Australia now has one of the worst death rates in the world for aged care residents, with 68 per cent of all COVID-19 deaths in aged care.

The COVID death toll now stands at 247 and comes amid concerns for the safety of medical staff, with reports some have been forced to buy their own personal protective gear and lacked the training to properly put it on.

DHHS was contacted by Daily Mail Australia with a range of questions, but it did not respond.