A local restaurant manager in Mexico was caught on video assaulting a woman’s car following a minor road accident and then tossing a cup of hot coffee at her before he drove off.

Daniel Gutiérrez Rodríguez, who has been dubbed by Mexican media as ‘Lord Coffee’, flew into a rage Tuesday morning in Jalisco, Guadalajara, after a female motorist, identified as Sofia, hit his Mercedes Benz.

Sofia explained on Facebook that a truck almost crashed into her Volkswagen, forcing her to hit the breaks before Gutiérrez Rodríguez’s Mercedes Benz hit her car.

‘At the end of the day it was his fault, because he came very close to my car with the intention of moving to the same lane as me,’ she wrote. 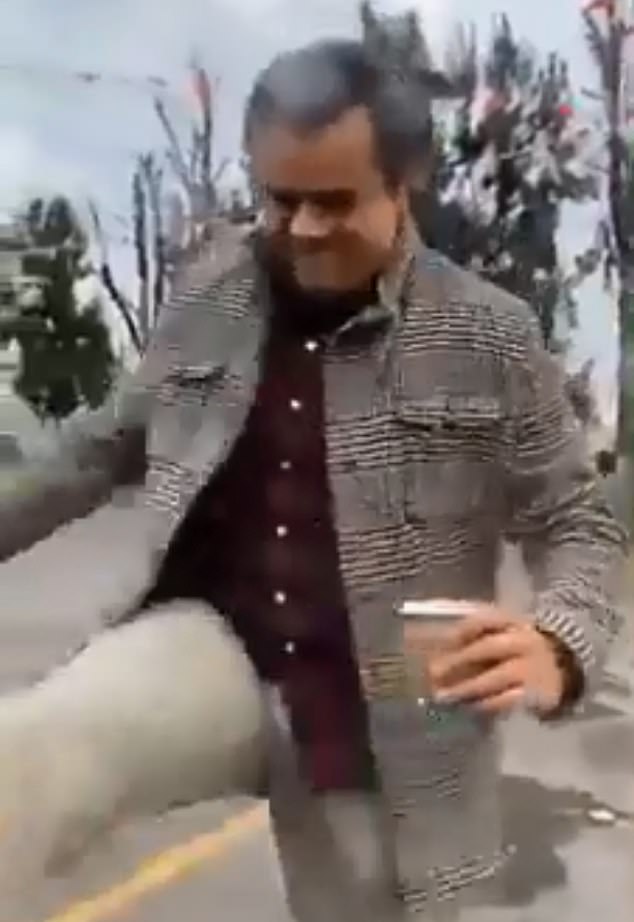 Daniel Gutiérrez Rodríguez was filmed kicking the doors of woman following a minor accident in Jalisco, Mexico, on Tuesday. He has apologized for his actions

Gutiérrez Rodríguez then lost his temper and repeatedly kicked Sofia’s Volkswagen when they pulled into a nearby parking lot to exchange insurance information.

‘I am not going to step out,’ Sofia said as as she recorded an angered Gutiérrez Rodríguez kicked the driver side door.

After kicking the left passenger door, the terrified woman opened her door and told him, ‘OK, I am going to talk to my insurance. They will fix it for you. I didn’t mean to hit you.’ 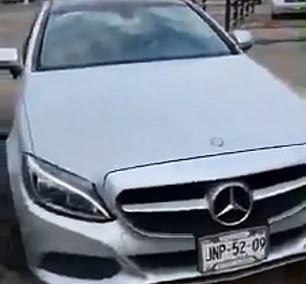 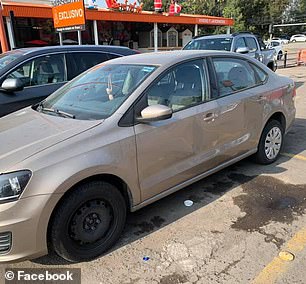 The driver of a Mercedes Benz C-Class Coupe (right) accidentally hit a Volkswagen (left) while trying to switch lanes in a road in Jalisco, Mexico, earlier this week. When the parties pulled into a lot to exchange insurance information, the owner of the luxury vehicle then attacked the driver behind the wheels of the VW and tossed a cup of coffee at her before speeding away

As she remained seated in her car, Gutiérrez Rodríguez shouted, ‘great job getting in the way, you idiot,’ before he threw his cup of coffee at her.

The upset owner of the C-Class Coupe, which has a retail price tag of $46,000, then drove off.

Gutiérrez Rodríguez, who is employed by La Gorda Restaurants, a Mexican eatery chain, penned a letter to Sofia asking for forgiveness and accepting full responsibility for his violent behavior.

‘I feel very sorry and I apologize for the behavior I had yesterday, after the road accident we had,’ he wrote.

‘I recognize that for you Sofia, it was a moment that caused you impotence, insecurity, fear and for the same reason, I want to be able to compensate you for the moral and material damage I caused you.’ 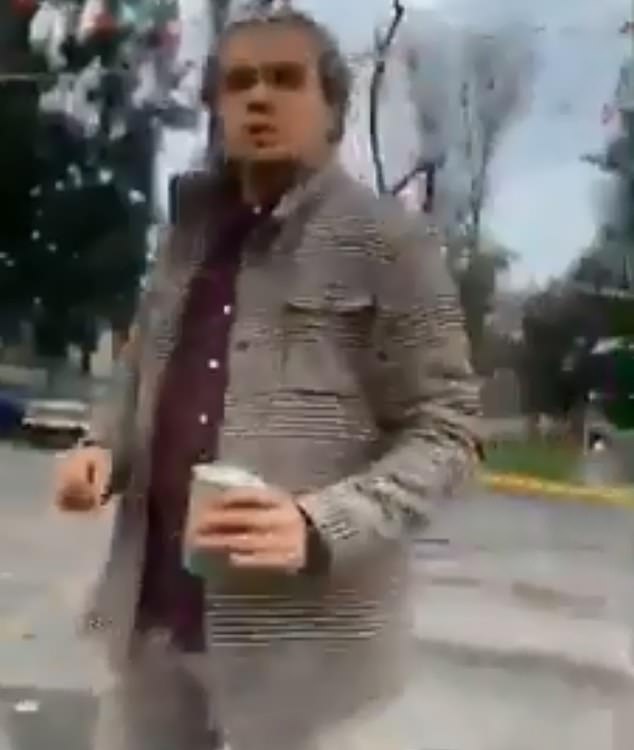