Patricia Rodrigues, 29, (pictured in an undated photo) could not understand why she was being charged around £1,300 a month for her premises

A pizza restaurant owner puzzled by her sky-high electricity bills was horrified to learn she had also been paying for power in her landlord’s nearby hotel.

Patricia Rodrigues, 29, could not understand why she was being charged around £1,300 a month for her premises until she had an electrician come round to check it out.

The pizzeria boss discovered she had also been paying for an adjacent hotel – adding nearly £42,000 extra to her bills over seven years.

The Mondragone Ristorante e pizzeria in Brandon, Suffolk is part of a complex that includes the Brandon Lodge Apartment Hotel, which is owned by landlord Nolan Guthrie.

When she queried her bills with Mr Guthrie, he stated in a letter that it had been agreed she would pay all the power bills as part of the terms of renting out the restaurant.

But Ms Rodrigues, who has been running the business since 2011 with her brother Fabio, claims she has never formally signed any terms or conditions or even lease.

She claims Mr Guthrie had delayed agreeing a formal lease when she first rented the property and only confirmed the rental amount.

The single mother-of-two said: ‘When I opened the restaurant, it didn’t enter my mind that we would be paying for someone else’s electric.

‘Then we started seeing that our bills were getting really high.

‘I have been asking for a contract and a lease to be set up since I have moved in and I think this is why he never done so.’ 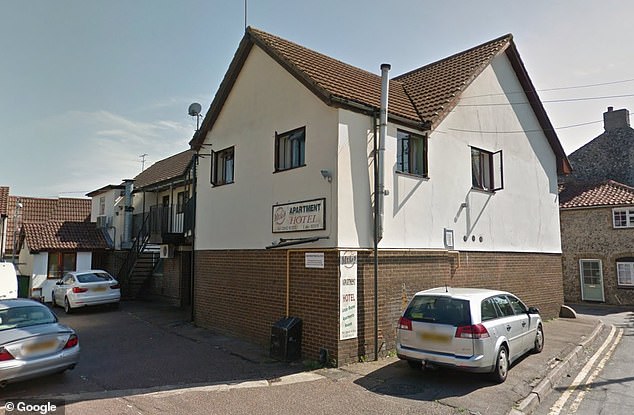 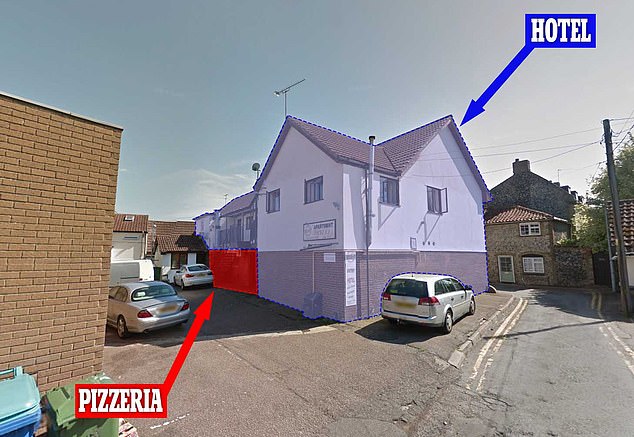 This graphic shows where the two business are situated in the building, with the pizzeria in red and hotel in blue

Ms Rodrigues said her electricity bills started off at £150 and then gradually increased.

‘I was thinking maybe it is just getting busier at the restaurant which means we would be using more electricity – but then it went to £600, £700, £1,000 and kept going’.

After having an electricity meter built into her restaurant, Ms Rodrigues discovered that she should be paying between £400 and £500 a month.

An average household pays around £1138 a year in electricity bills and uses an average of 3,100 kWh a year.

But the restaurant owner, who pays £833 a month on rent, was paying around this in one month and claims she would be using around 100 kWh on a ‘busy’ day.

She added: ‘When the electrician switched the meter board off, the lights in the whole building went out.

‘The landlord came running into the restaurant and tried to throw the electrician out – there was a big argument between them – and he said what they were doing was illegal.’ 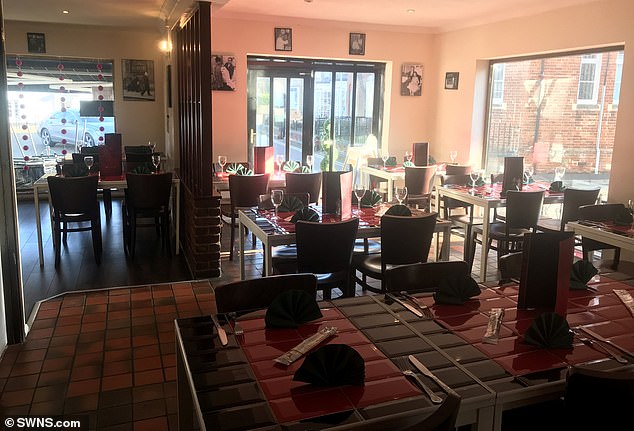 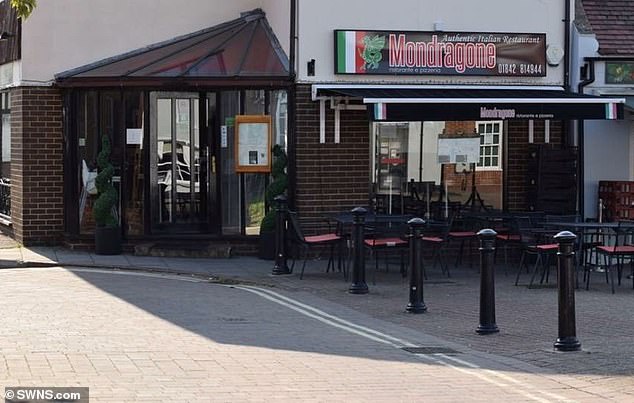 Ms Rodrigues has been running Mondragone Ristorante e pizzeria since 2011 with her brother, Fabio. It is seen here from the front

A letter from Weeting-based Forest Electrical, states: ‘Following my visit to your premises today, I can confirm that the three phase electricity supply contact through a standard meter is also supplying electricity to two further circuits in separate premises to your own.

‘In short, you are paying for the electricity to two different dwellings/businesses other than your own.’

Ms Rodrigues believes the two extra electricity circuits are connected to hotel rooms on the ground floor next to her restaurant, and rooms on the first floor above.

She claims Mr Guthrie has not paid her back the money she is owed and has since stopped paying the electricity bills for the last three months.

‘It has been really hard for me,’ she said. ‘I held on for so long, because if they threw me out I would have nothing.

‘I have had the police in here because I was worried about him. I just wanted to run away and disappear – it has been so expensive for me.’

Ms Rodrigues said she is now moving her restaurant after being unable to settle the dispute. 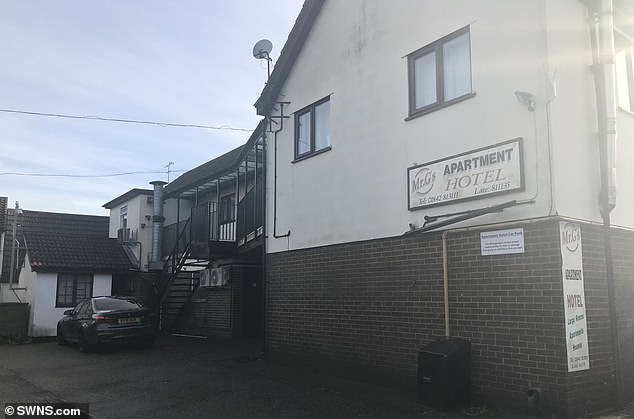 Mr Guthrie’s hotel pictured down one side, from the back. He has declined to comment