Britons visiting pubs or restaurants will be able to use the toilets inside when they reopen but will have to maintain social distancing, it was revealed today.

Westminster Council said it can ‘see no reason why existing toilet facilities inside licensed premises can’t be used by customers’ when London’s West End reopens.

But businesses in the capital, as well as further afield, will be expected to manage queues with marshals, who will police the use of indoor toilets to ensure social distancing measures are followed.

It comes amid calls for public toilets to be reopened to help the elderly, mothers with babies and sufferers of conditions such as irritable bowel syndrome (IBS) get back to normality and visit shops.

A Westminster Council spokesman said: ‘The council has reviewed the government Covid guidance and can see no reason why existing toilet facilities inside licensed premises can’t be used by customers. 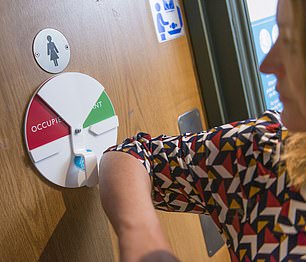 Pub chain Greene King revealed there will be new one-in-one-out red and green indicators at the entrances to the toilets so customers can flip the indicator with their elbow as they enter and exit, with toilets cleaned every 15 minutes 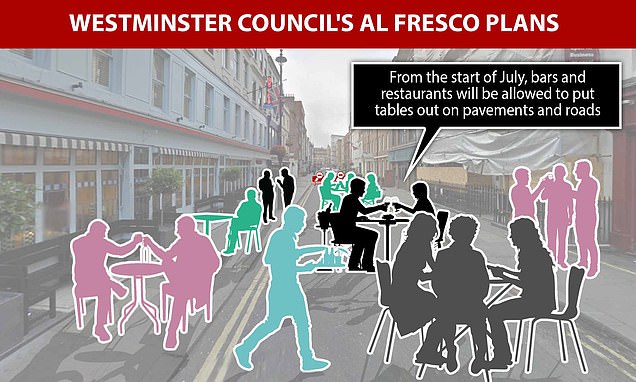 Al fresco London: Venues in the West End will be given permission to put tables and chairs outside on the pavement and even in the road from July 4

‘On this basis the council does not propose to provide additional facilities at this time, however, should the situation change then consideration would be given to the provision of additional temporary toilets for patrons.

‘In this circumstance additional temporary toilets could be provided but please be aware that there would be a cost for landowners, business improvement districts or businesses to enable this to happen.

‘Additionally, businesses would be expected to provide marshalling of queues and to promote social distancing measures.’

Although shops opened this week, many people are thought to have stayed away because of fears over a lack of toilet facilities.

Alison Reid, chief executive of The IBS Network, said: ‘Our members have told us that unless public toilets reopen they will still be unable to venture out.

‘Many people with IBS need urgent access to toilet facilities when they are away from their home.Anxiety plays a part in the condition and can trigger a flare-up and not knowing where the nearest toilet is will exacerbate this fear.’

Sarah Hollobone, of Crohn’s & Colitis UK, said the lack of toilets were forcing potential customers with the conditions ‘further into the shadows’ and heightening their isolation, despite their desire to go out and shop. 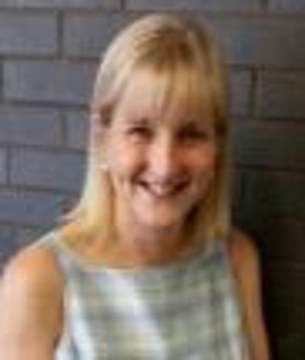 Alison Reid, chief executive of The IBS Network, said: ‘Our members have told us that unless public toilets reopen they will still be unable to venture out.’

Officials yesterday provided a blueprint for pubs, bars and restaurants to reopen with extra space for seating outside and temporary road closures to facilitate this.

Greene King announced a new ‘safe socialising’ layout to its 1,700 pubs as preparations ratchet up to serve customers from July 4.

On its toilet policy, it revealed there will be new one-in-one-out red and green indicators at the entrances to the toilets so customers can flip the indicator with their elbow as they enter and exit, with toilets cleaned every 15 minutes.

Westminster council has now revealed that existing toilets should reopen from July 4.

The council is not planning to install additional temporary toilets, but will consider this if needed – and said it would pass on the cost to landowners or businesses.

Council bosses also said all public toilets are open and operating normally except for the Broadwick Street site in Soho, with entrance fees temporarily suspended. 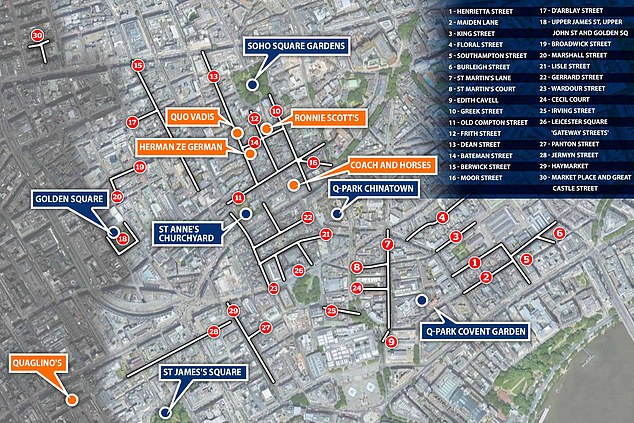 Areas most popular with tourists – including Covent Garden, Soho, Mayfair and Marylebone – are among those targeted in the ambitious plans, which will include extensive temporary road closures

They are aiming to ensure people can access toilets more easily, with additional staff deployed to monitor cleanliness standards and deter anti-social behaviour.

Meanwhile the Government has urged councils to reopen public toilets.

With the easing of lockdown measures, Culture Secretary Oliver Dowden was questioned at the Downing Street press conference about the risk that parks and streets could be turned into cesspits if public toilets are not open.

He said: ‘I know that the Secretary of State for MHCLG (Ministry of Housing, Communities and Local Government) has set very clear guidance for local authorities that they should be opening those toilets and I very much agree with that.’

Despite non-essential shops being allowed to reopen and a possible boost for the hospitality and tourism sector from July 4, there may be problems for customers who want to spend a penny as not all public toilets are open.

It comes as some toilets in the Royal Parks are reopening.

A statement on the Royal Parks website says: ‘A number of public toilets across our parks remain temporarily closed, but we are now in a position to gradually reopen them with additional public safety measures in place.’

Risk assessments and whether social distancing measures can be maintained will be among some of the key factors for councils deciding about making public toilets available, according to the Local Government Association.

Birmingham City Council has said that public toilets in the city are not expected to open until July as contractors are awaiting a delivery of personal protective equipment.

Liverpool City Council said there will be a ‘limited number’ of public toilets located at train stations and at Liverpool One’s Information Centre, adding that the number of people entering the toilets will also be limited.

The council also said the information centre toilets will be closed for short periods every hour for cleaning which will result in reduced capacity.

Public toilets are open in York complete with changes to the facilities including automatic flushes, automatic water and soap dispensers, replacing hand dryers with hand towels, and more regular and increased cleaning.

Users will see clear guidance at the toilets such as social distancing floor stickers, advice on how to wash hands or use hand sanitiser, and instructions on not touching surfaces or handles, the council in York said.

The MHCLG has said that while decisions to reopen public toilets are for councils, it encourages them to open ‘wherever possible’.

Separately, Mr Dowden warned the reopening of the British tourism industry could be delayed beyond July 4.

Hotels, campsites and guesthouses have been taking bookings from the start of next month after Boris Johnson’s ‘road map’ for exiting lockdown indicated that the tourism ban could end then.

But with the deadline barely a fortnight away, Oliver Dowden last night said it was still too early to say whether Britain’s beleaguered tourist businesses would finally be able to open their doors.

Officials also warned that there could be a ‘phased return’, with relatively low-risk accommodation like campsites, caravan parks and self-catering flats and cottages allowed to reopen before hotels and bed and breakfasts, which make greater use of shared facilities.

Ministers are expected to make a final decision next week on whether to give the green light for the domestic tourist industry and the wider hospitality sector to reopen on July 4.