A right royal PAIN! Resurfaced documentary footage shows the Queen yelping ‘ow’ after a then two-year-old Princess Eugenie steps on her foot

Amusing footage has emerged of the moment the Queen gave a young Princess Eugenie a telling off after she accidentally stood on her foot.

In the resurfaced clip from BBC documentary ‘Elizabeth R: A Year in the Life of the Queen’, which aired in 1992, Her Majesty, then 66, can be heard yelping out in pain as Prince Andrew and Sarah, Duchess of York’s daughter’s takes a step back.

As the monarch tries to help Princess Beatrice, then four, mount a pony, Princess Eugenie, then two, can be seem aimlessly walking around in her t-shirt and dungarees before stopping in front of her grandmother.

The monarch then shouts ‘ow,’ before moving the youngster forward and declaring: ‘That’s my foot you’re standing on.’

A clip, from BBC documentary ‘Elizabeth R: A Year in the Life of the Queen’, which aired in 1992, shows the moment Princess Eugenie, then two, gets a telling off after stepping on her grandmother’s toes 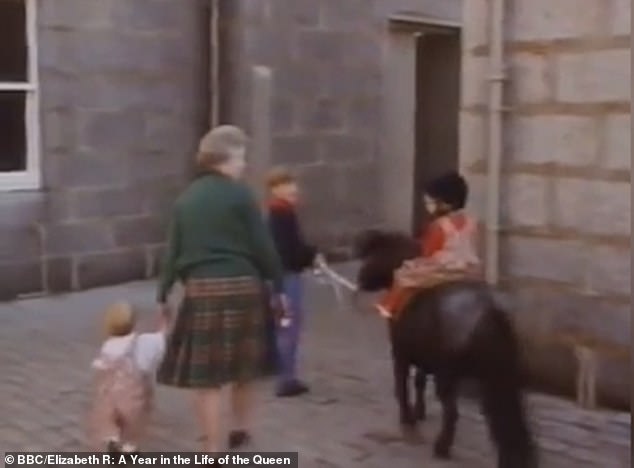 In the footage, taken in the grounds of Balmoral Castle, the Queen is joined by several of her grandchildren – including Prince William, then 10, Prince Harry, then eight, Zara Phillips, then 11 Princess Beatrice

In the footage, Her Majesty is joined by several of her grandchildren – including Prince William, then 10, Prince Harry, then eight, Zara Phillips, then 11 Princess Beatrice – in the grounds of Balmoral Castle.

The incident takes place as Princess Beatrice struggles to mount a pony and is advised by Her Majesty to ‘try again around the front.’

When she finally makes it up, she seems more excited about her attire than anything else and enthuses: ‘I’ve got my red boots on.’

The monarch, who watches on, adds: ‘They’re very nice aren’t they. Very smart.’ 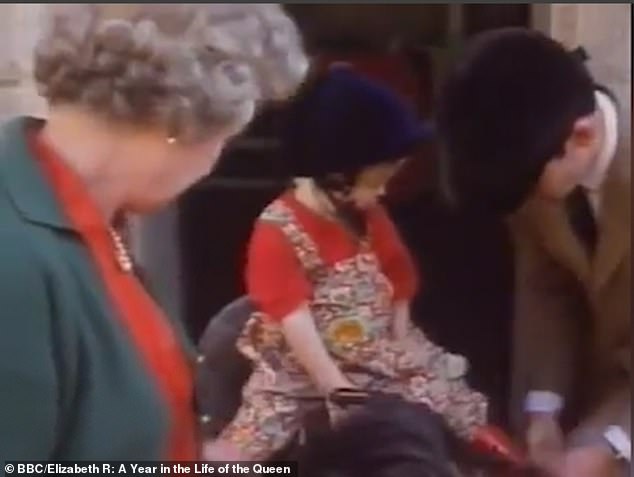 Princess Beatrice, then four, mounts a a pony, before pointing out her red riding boots to a horse trainer 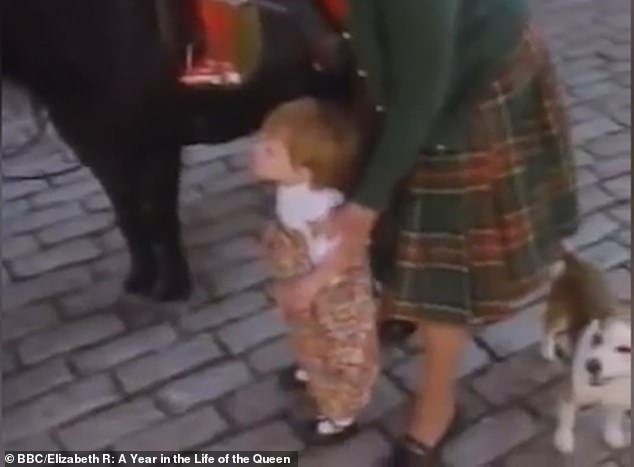 But just seconds later, Princess Eugenie makes the error of stepping on her grandmother’s toes.

However, the accident is forgotten just as quickly as it happens and after a brief telling off, Her Majesty can be seen taking Princess Eugenie’s hand.

‘Now, shall we go that way?’ she adds, before leading the children on a trek around the grounds.

Princess William, then ten, guides his cousin’s pony away into the distance as his brother Harry, and their cousin Zara, ride on ahead on their horses. 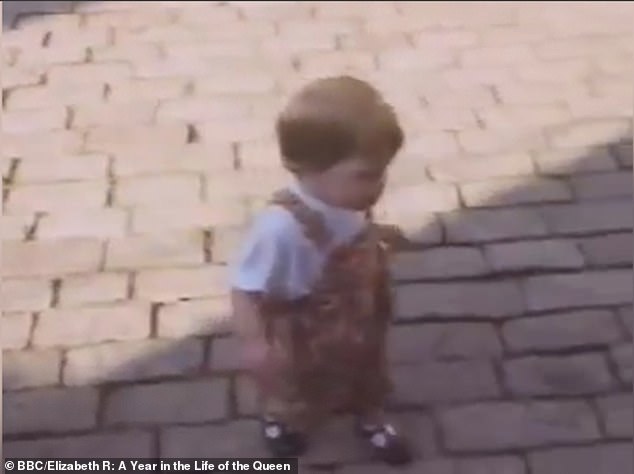 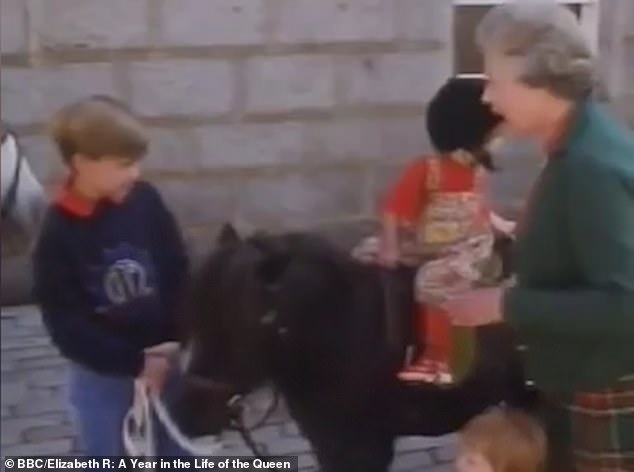