A retail worker in California was left with a bloody face after she claimed an irate customer attacked her because the store couldn’t hold an item for her beyond 30 minutes.

On May 6, Samantha Clarke was working at a Modesto-area Big 5 Sporting Goods store when a woman from a nearby city called and asked if they could hold a swimming pool for her.

‘We told them that we would hold it for 30 minutes, they showed up 45 minutes later and the pool was gone,’ said Clarke, according to ABC 10.

‘So the lady was upset, understandably. I could understand that she was upset.’

But Clarke wasn’t prepared for the customer’s alleged tantrum that followed.

Samantha Clarke (pictured) claimed she was attacked by a customer at a Modesto, California, sporting goods store on May 6

She said the customer began  throwing things off the counter and struck Clarke in the head with a metal object.

Clarke is unsure what the object was, but suspects it was a pair of keys.

‘It was so fast, I couldn’t even put my hands up. I had no idea she was going to hit me, like, didn’t see it coming,’ said Clarke.

Then, the customer casually left the store with her children in tow. 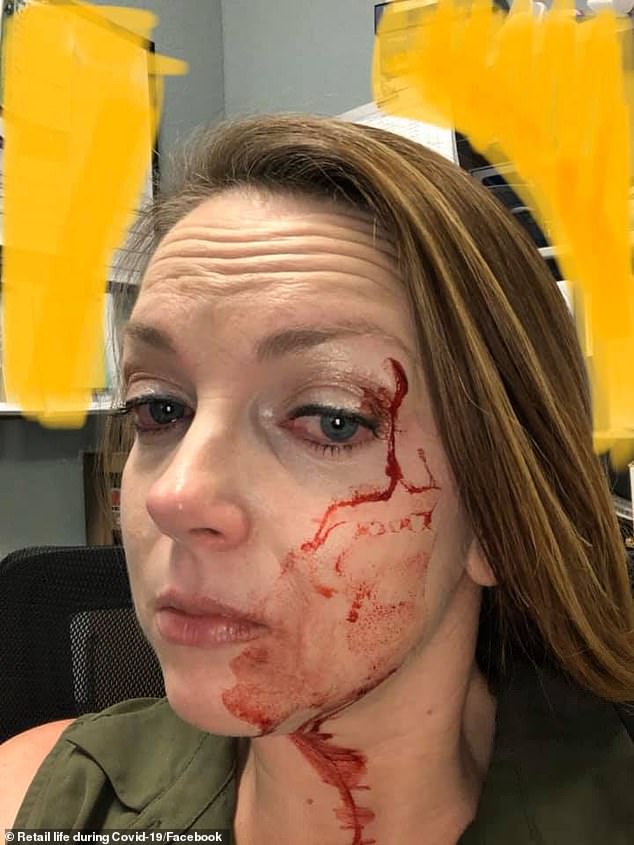 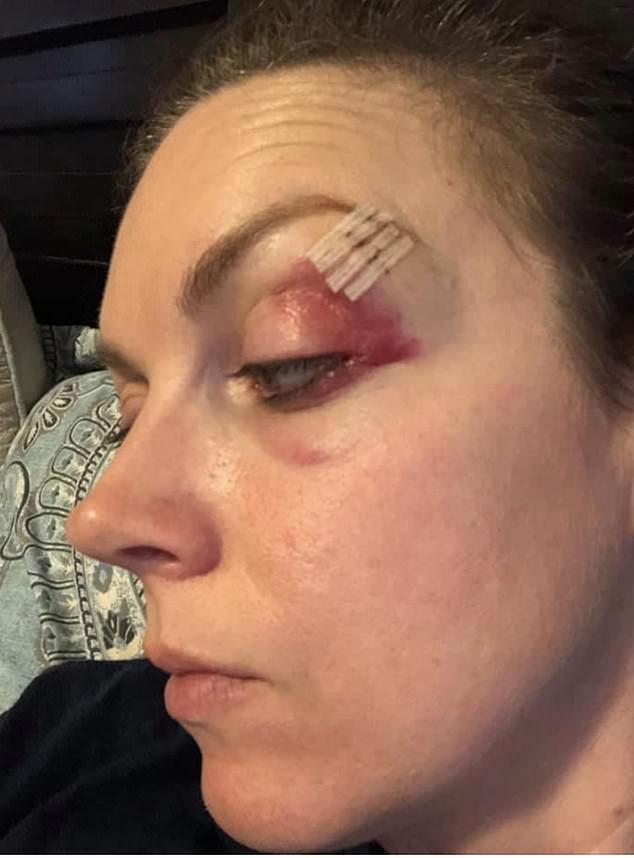 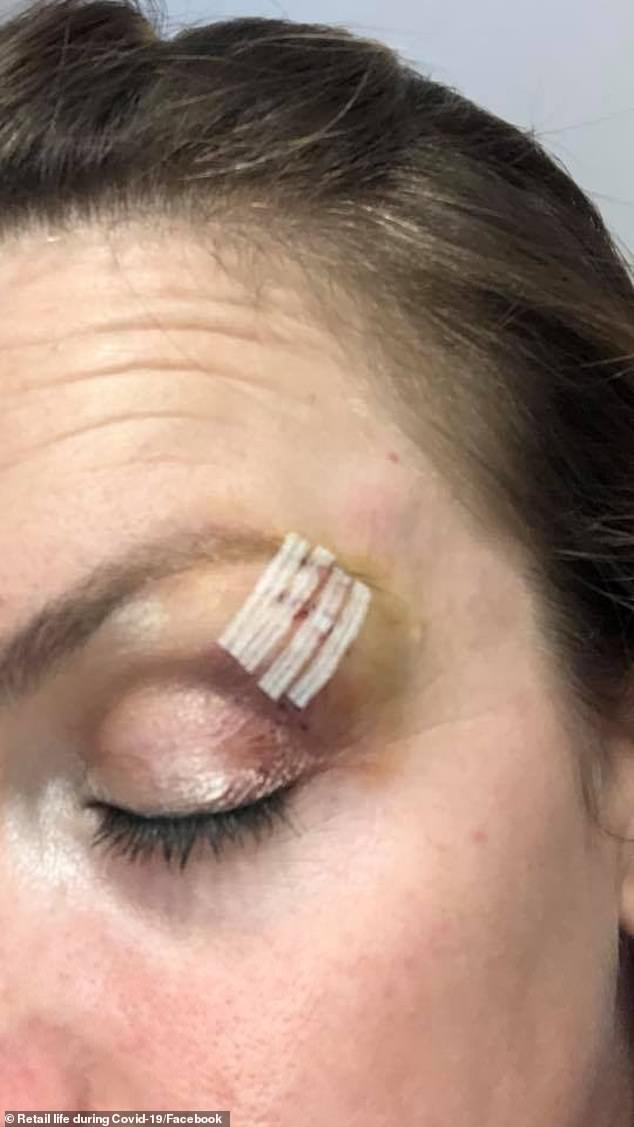 Clarke: ‘It was so fast, I couldn’t even put my hands up. I had no idea she was going to hit me, like, didn’t see it coming’ 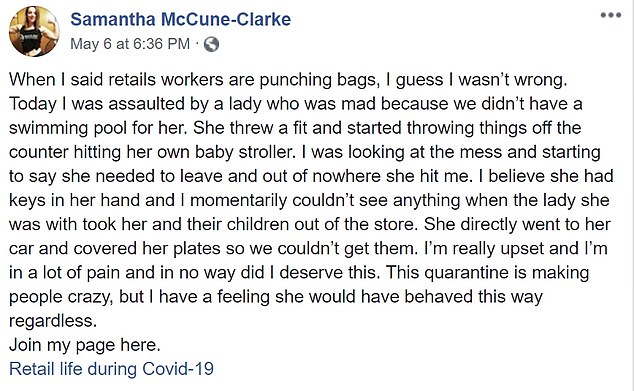 The woman even covered up her vehicle’s license plate on the way out, said Clarke.

Later that day, Clarke shared photos of her injuries to Facebook. She can be seen teary eyed as blood coats the left side of her face and part of her neck.

Additional photos show her with a black eye and what appears to be stitches in her left eyebrow.

‘When I said retails workers are punching bags, I guess I wasn’t wrong,’ she wrote in a post.

‘I’m really upset and I’m in a lot of pain and in no way did I deserve this. This quarantine is making people crazy, but I have a feeling she would have behaved this way regardless.’

The Modesto Police Department has since shared a photo of the suspect when she was in the store’s parking lot. 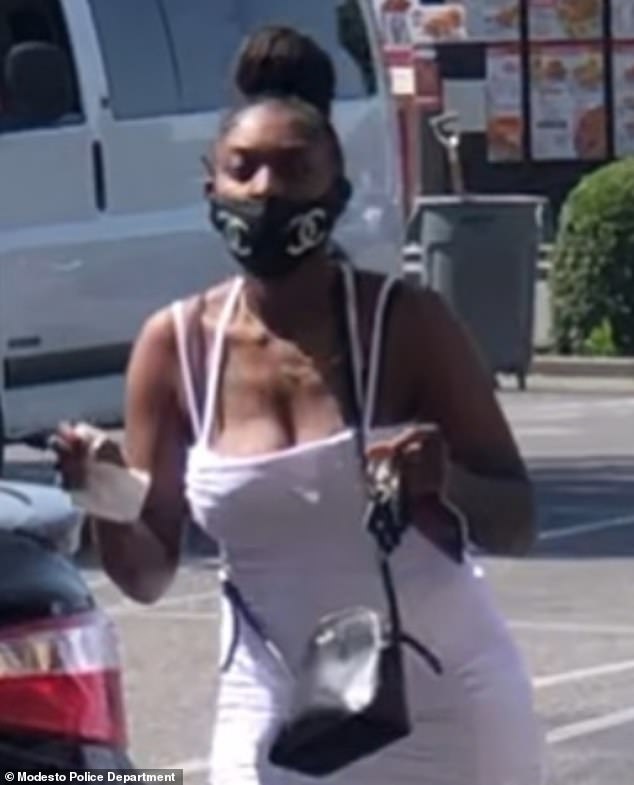 While it’s the first time Clarke has been physically injured by a customer during the coronavirus pandemic, she said being cursed out and argued with has become normal.

‘Multiple times a day I get cussed out or argued with. Lots of dirty looks. Lots of attitude when all I’m trying to do is my job,’ she said, adding that much of the resistance comes from people who oppose lockdown orders.

‘Please be kind to retail workers and store clerks. Our jobs are so far from easy right now,’ said Clarke.

The scary incident prompted Clarke to create a Facebook group called ‘Retail Life During Covid-19’, which is meant to bring awareness to the pressures retail staff is facing right now.

Several people sympathized with Clarke and urged shoppers to show compassion when visiting retailers. Others shared their own retail horror stories. 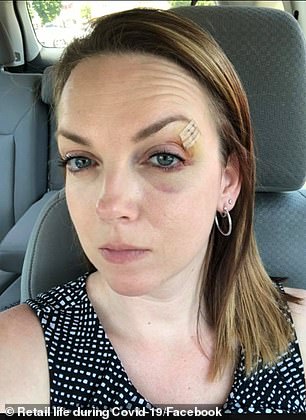 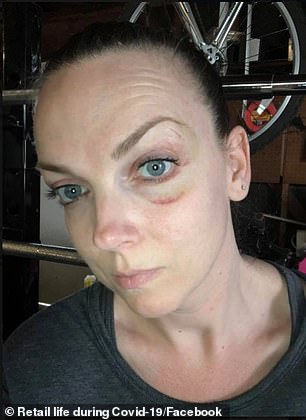 Clarke created a Facebook support group titled ‘Retail Life During Covid-19,’ where retail workers can share stories and vent about their frustrations 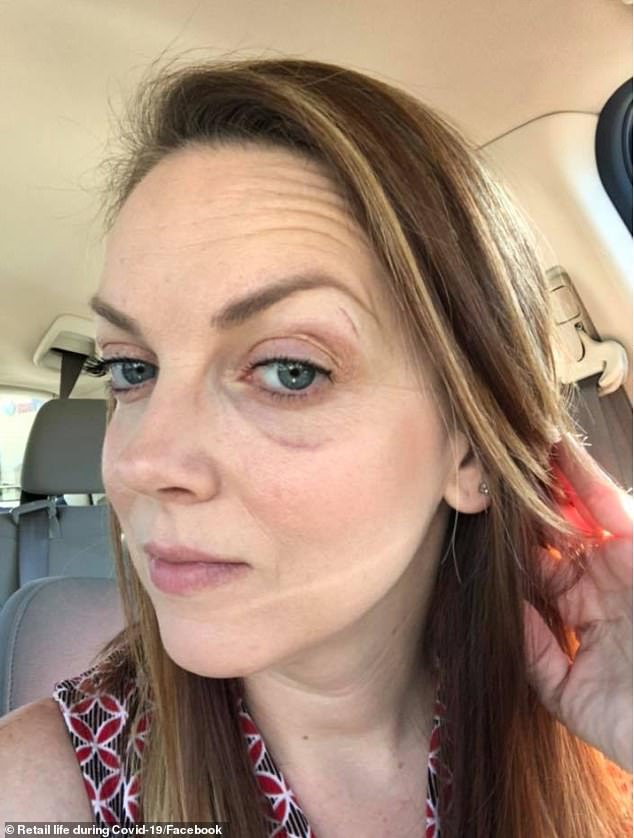 ‘I work as a cashier and customers are being rude right now. I was spit on a few weeks ago. Then customers ask why we are wearing masks,’ said one woman.

‘A man had told me to f*** off because he didn’t want to take a cart. (That’s how we were keeping track of customers in the store as per social distancing),’ one person wrote. ‘Another person had coughed into a co-workers face.’

Clarke told CBS News that in this instance the customer isn’t always right. 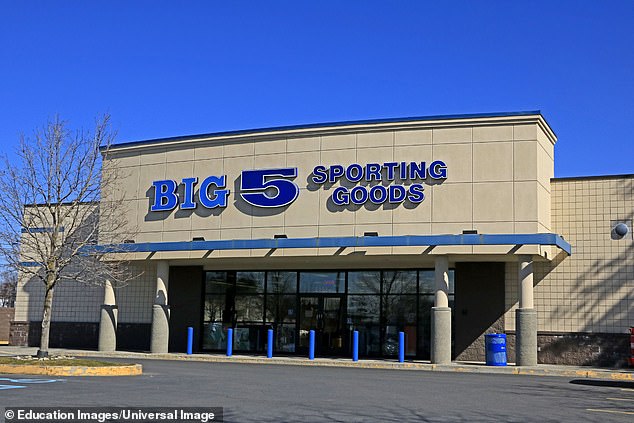 Pictured: the incident happened at a Big 5 Sporting Goods store in Modesto, California

‘We have multiple upset shoppers every day who do not like the guidelines put in place, however, there is nothing we can do and we simply apologize for the inconvenience,’ she said.

‘It doesn’t do much to ease the tempers of some, but our hands are tied.’

Luckily, Clarke said corporate has been supportive over how she’s handled the incident and workers now have the freedom to tell shoppers ‘who don’t comply or are making sense to leave.’

Her injuries have begun healing, but she’s still gets nervous when a customer is upset with lockdown guidelines.

‘It’s not easy for us to wear masks all day long and work with very minimal staff. We are exhausted mentally and physically,’ she said.

‘If shoppers can come prepared in knowing what they want, bring a face mask, patience and BE KIND to workers, is would make our days so much better.’

California has 90,631 coronavirus cases and 3,708 deaths. Officials allowed sporting goods stores to reopen in early May.