A thug has been filmed spitting on a woman enjoying a picnic in Hyde Park after far-right protesters clashed with police during anti-racism rallys.

Footage shows a mob brandishing beer cans descending on the friends, who do not appear to have been involved in the protests, before throwing kicks at them and shouting.

A witness said the Met Police quickly arrived and dispersed the crowd.

More than 100 people were arrested for offences including breach of peace, violent disorder, assault on officers, possession of an offensive weapon, possession of class A drugs, and drunk and disorder.

A 28-year-old man has also been arrested on suspicion of outraging public decency after a suspected far-right protester was photographed urinating next to the memorial to PC Keith Palmer, who was stabbed to death in the 2017 Westminster terror attack. 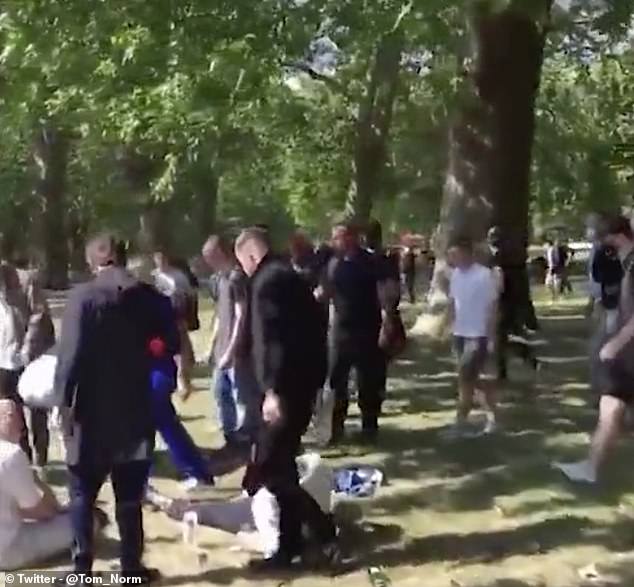 The group then surrounded the friends and started kicking their possessions while yelling at them to ‘get the f*** up!’ 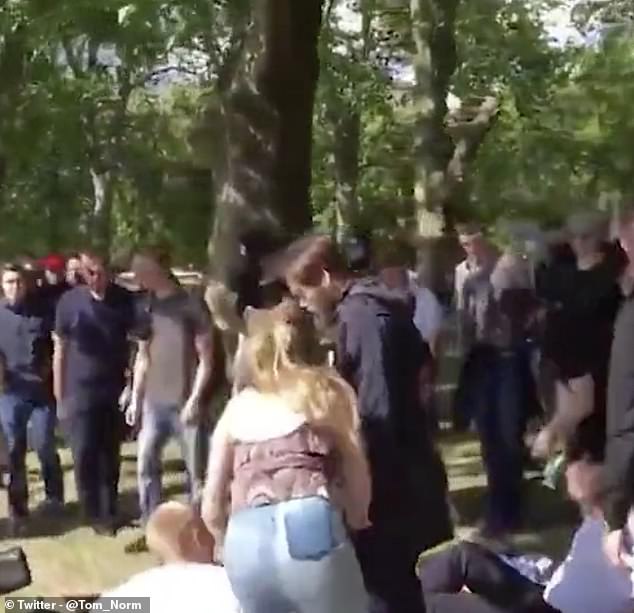 The video, which has been viewed more than four million times, shows a group of at least ten men storming up to the friends sitting in the sunshine.

They swarm around them and start kicking their possessions while holding up their beer cans. Some members of the group yell: ‘Get the f*** up!’.

The friends quickly get up and walk away as bystanders come forward to put themselves between the friends and the angry mob.

It was uploaded yesterday by Tom Norman, who said: ‘Just entered Hyde Park so did this hoard. There isn’t even a protest on for them to protest against.

‘Vile. Video blurred as I got pushed Thankfully the Met Police UK arrived and tehy ran for the hills.’

In a second tweet, he added: ‘@BorisJohnson @ConHome @pritipatel @Rishisunak @MattHancock @Conservatives you have all allowed this.

‘@BorisJohnson Your years of bigoted language has allowed this. @Nigel_Farage You lead this bigotry. Disgusting.’

The footage shows the man who spits on the woman is wearing a white shirt, brown jacket and hat. 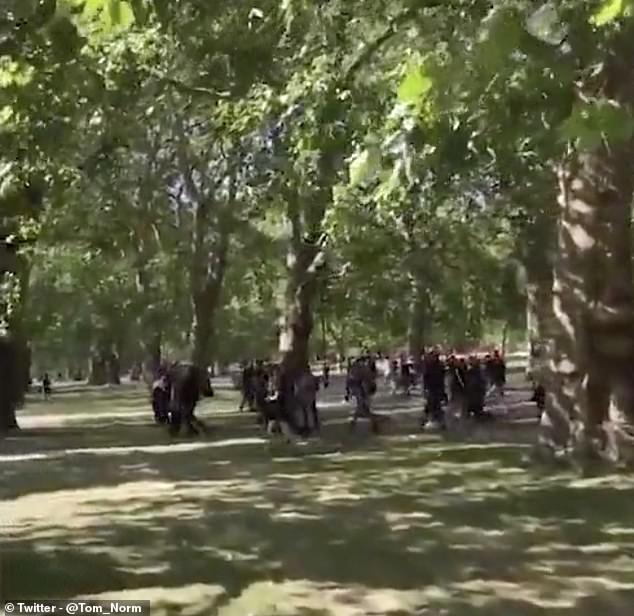