Chancellor Rishi Sunak’s Eat Out to Help Out scheme helped Revolution Bars to an 188 per cent year on year sales surge last month.

The scheme has given the group a major boost, after it previously told investors it expected sales to only reach just over half of last year’s in the worst-case scenario.

But, as with many businesses in the food and drink trade, Revolution still faces a tough road ahead.

It has already given up one of its leases at a site in Liverpool and today warned that 11 of its other locations may not be reopening any time soon.

As of 25 August, Revolution had 39 of its sites open, while a further batch will be reopened from 7 September, leaving 11 bars that are unlikely to reopen because of social distancing rules

After enjoying strong sales via Eat Out to Help Out, Revolution has now vowed to continue to run the discount scheme at its own expense throughout September, and possibly longer.

The bar chain said sales in the eight weeks since reopening were 27.5 per cent lower than the same period in 2019.

Chief executive Rob Pitcher said: ‘Having opened two-thirds of our estate I’m pleased that these bars have outperformed our base-case scenario assumptions, however, sales in the eight weeks since reopening commenced remain 27.5% below last year.

‘We have more openings planned during this week and next but will have 11 bars that are very unlikely to resume trading until there is a further relaxation of social distancing measures and late-night venues are legally allowed to reopen.’

The group said it had secured rent waivers for almost two dozen venues, but added that it was disappointed that almost half of its landlords had ‘refused to enter into meaningful discussions.’ 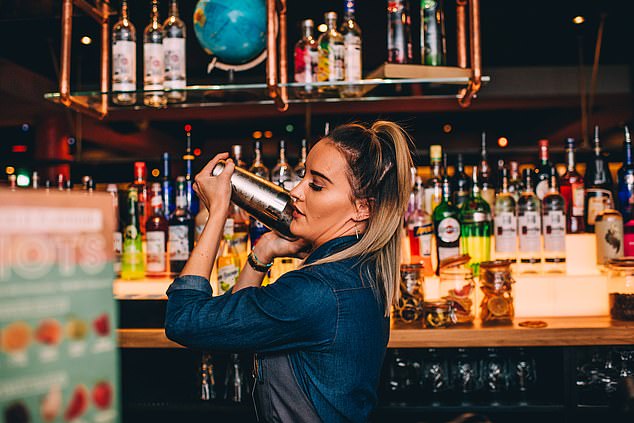 Mr Pitcher added: ‘We would welcome an indication from government as to their inclination to assist in the grave issues that exist with commercial rental arrears and the moratorium that is due to end on 30 September 2020 as well as an indication of further financial support for the late-night venues sector that remains closed by government order.’

AIM-listed Revolution has seen its share price perform strongly today. Shares in the company are currently up 4.72 per cent to 15.18p, after jumping over 8 per cent earlier today.

The company, which maintained its full-year guidance, said it will be delaying the publication of its preliminary annual results to the end of November. Last year, the company’s full year results were published on 1 October.