Revolution Bars has revealed it plans to close six venues putting 130 jobs at risk across the country as the impact of a 10pm curfew caused its bar sales to drop by a third.

Sales at Revolution-branded bars are 49.4 per cent down on last year’s levels, as the hospitality industry bears the brunt of Covid-19 restrictions.

The company has confirmed around 130 jobs look set to be cut out of its workforce of 2,500 people – but has not confirmed which venues are set to close.

There are 50 Revolution bars nationwide, meaning 37 will be left unscathed by these proposed changes.

The chain has kept 79 of its pubs closed, and it expected to permanently shut a third of them, as social distancing measures heap pressure on to bars and pubs across Britain. 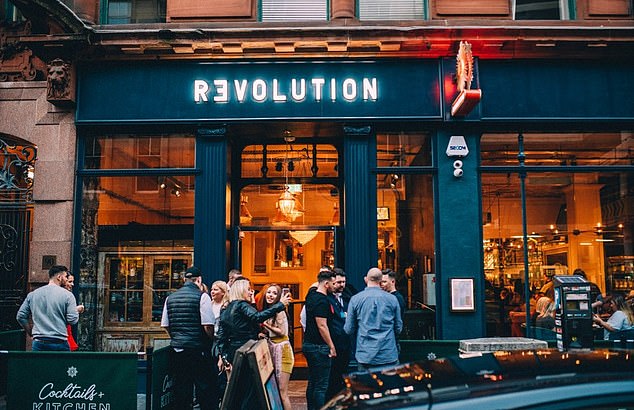 Around 130 jobs are set to go at six Revolutions bars across the country, the company has not confirmed which locations are facing closure

Venues in Tier 3 areas, considered to be at a ‘very high,’ risk of Covid infections, have been told to close unless they sell food.

Revolution Bars Limited said that it will have to shut six of its bars and reduce rents at seven others as part of a proposed company voluntary arrangement (CVA).

The CVA will be discussed at a meeting with creditors on November 13.

In the three weeks before the curfew was introduced, the business’s bar sales were at nearly 78 per cent of last year’s levels. In the five weeks since the curfew started, that figure has dropped to 49.4 per cent.

Chief executive, Rob Pitcher, said: ‘Throughout this extended period of distress caused by Covid-19, the group has sought to prioritise the health and wellbeing of its staff and customers, minimise its cash consumption, maintain good levels of liquidity to ensure its ongoing viability and to be in a position to take advantage of opportunities that may arise once restrictions are lifted.

‘The CVA proposed by the group’s Revolution Bars Limited subsidiary entity, if agreed by landlords, is another proactive step to lower outgoings to help safeguard the future of the group and improve long-term performance.’

Pubs and bars welcomed a ‘new furlough scheme,’ from Rishi Sunak earlier this month, that helped to support the beleaguered hospitality industry. 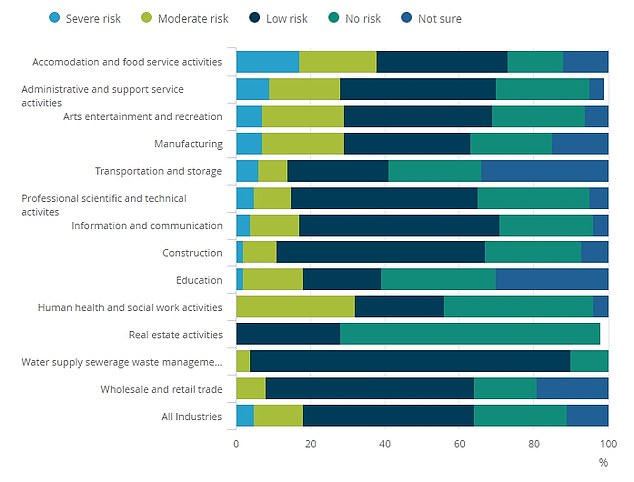 Under the Job Support Scheme, the Government will now cover more of the cost of staff on reduced hours, with only a five per cent contribution required from employers rather than 33 per cent.

Businesses in ‘high risk’ Tier Two areas will also be eligible for grants of up to £2,100 a month, with the move backdated to ward off criticism from northern hotspots that have been under restrictions for months.

Firms forced to close in Tier Three, such as betting shops and soft play centres, can already furlough their workers on two-thirds of their wages. 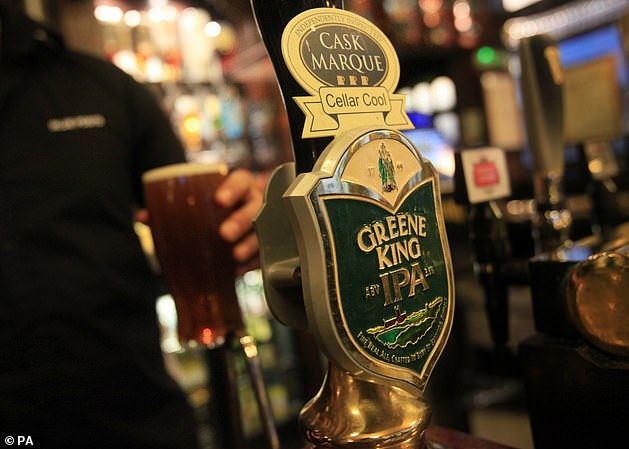 Greene King announced it was speaking to 800 staff about redundancies, having previously warned that a 10pm curfew would have a huge impact on its venues. The pub chain has kept 79 of its venues closed during the pandemic, with a third expected to remain shut permanently

Mr Sunak’s intervention is expected to cut the costs faced by employers wanting to keep workers on part-time.

Welcoming the news Dame Carolyn Fairbairn, the Confederation of British Industry’s director-general, dubbed the scheme ‘a welcome and much-needed successor to the furlough scheme.’

She said: ‘It’s right that businesses contribute if they wish to access this scheme.

‘But with a tough winter ahead, significantly increased Government contributions to non-worked hours across all regions will do even more to protect people’s livelihoods.’

Ms Fairbairn said the ‘missing middle of pubs, cafes and theatres in Tier Two along with other businesses across the UK who are seeing demand fall away, but with little extra support, will be relieved to see that anomaly come to an end.’

‘This is a big step towards a more standardised approach of support for areas going into tiers two and three and those businesses that face tough times who operate within them,’ she said.

UK Hospitality has called for an end to the 10pm curfew, amid concerns for the impact it will have on bars and pubs nationwide.

Speaking earlier this month, chief executive Kate Nicholls said: ‘The introduction of the curfew has had a severe and devastating impact.

‘Businesses are feeling the cumulative impact of all the restrictions placed on them, but they have really suffered since the introduction of the curfew.

‘The curfew has wiped away revenue from businesses that were only just clinging on.

‘For many, it has tipped them into financial unviability.’