Rhian Brewster’s dad has revealed he sent his son a Facebook picture of Bobby Moore lifting the World Cup but with Rhian’s face superimposed on it after their astonishing final triumph over Spain.

17-year-old Liverpool striker Brewster scored the first of England’s five goals as they fought back from two-down to stun Spain and win the FIFA Under-17 World Cup in Kolkata, India.

It was Brewster’s eighth goal of the tournament – enough to claim the Golden Boot award for top goalscorer – and an hour later he was lifting the trophy. 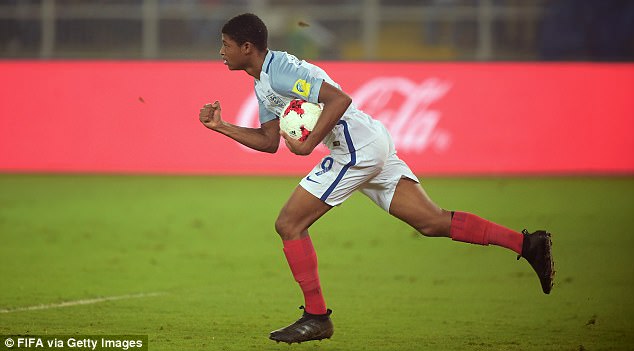 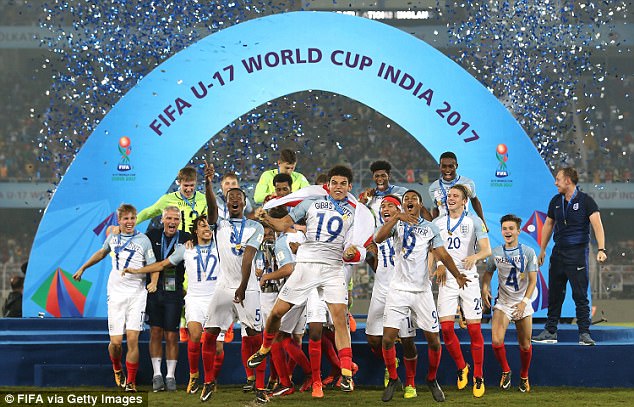 And understandably his father Ian was thrilled at his son’s achievements.

He told Breakfast on BBC Radio 5 Live: ‘I sent him a picture on my Facebook when Bobby Moore held up the cup in 1966 but with Rhian’s face on it instead.

‘He loved it. Lots of smiley faces and love hearts to say ‘I love you, dad.’

‘He texted me and said ‘I’m feeling amazing, but I’m so tired.’ The euphoria of it all got to him.

‘Each and every one of those guys, I’m so proud of them. I’ve heard them and Steve Cooper talk and the way they’ve gone about their business at this tournament has been absolutely brilliant.

‘The tactical way they played against Brazil, it was a joy to watch an England team take it to the opposition. I read an article and Rhian said ‘they didn’t panic’ and that was the key.’ 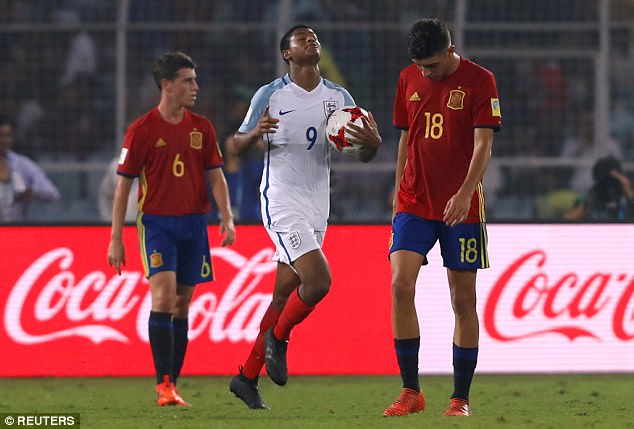 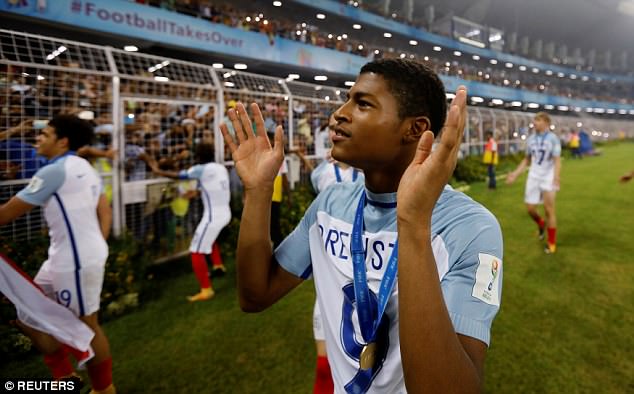 51 years on from England’s immortal World Cup triumph at Wembley, they have twice stood on top of the world at youth level in 2017.

The under-20 team beat Venezuela back in July to win their World Cup in South Korea and now the under-17 team have repeated the feat in India.

But things weren’t looking good when two goals from Sergio Gomez put Spain in control of the final.

Brewster Sr didn’t lose heart however: ‘At the time I was disappointed and a bit angry at the way we conceded the goals.

‘I thought it would have been an injustice that the team who scored the most goals and conceded the least goals in the tournament at that time. 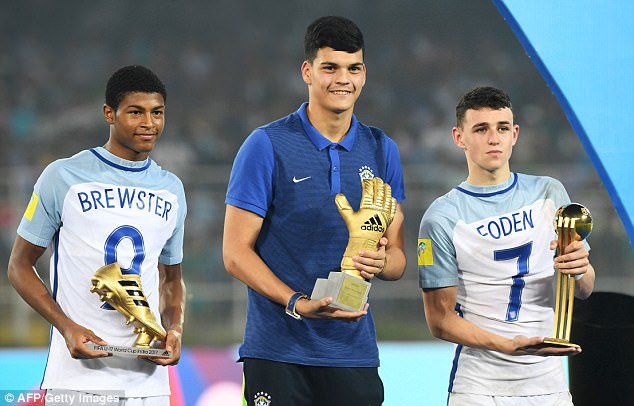 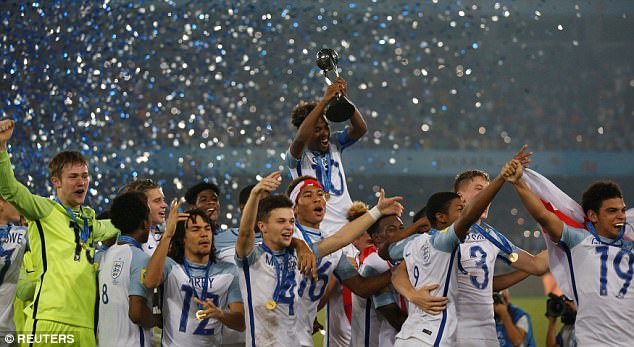 ‘However, I looked at the fact we were still creating chances, looking dangerous and putting things together and I looked at my mate and said ‘we’re not out of this yet.’

‘He looked at me like I was mad. When Rhian scored that goal, I said ‘there you go.’ I didn’t think we would blow them away as we did in the second half, but I did think we’d put them under pressure.

‘I was going absolutely ballistic, jumping around the room like Zebedee.’

After Brewster’s goal offered England hope they dominated the second-half, with Morgan Gibbs-White equalising and Phil Foden putting them into the lead for the first time. 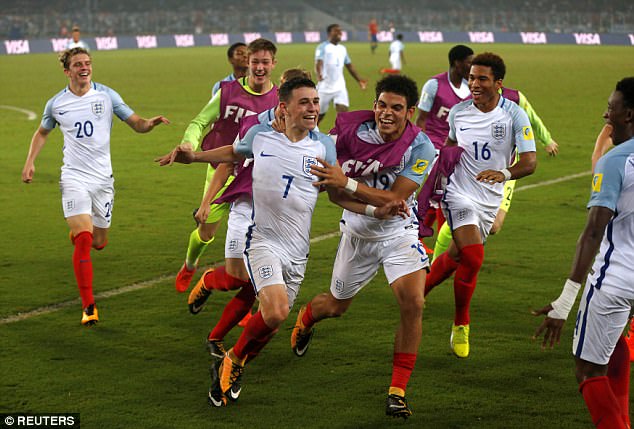 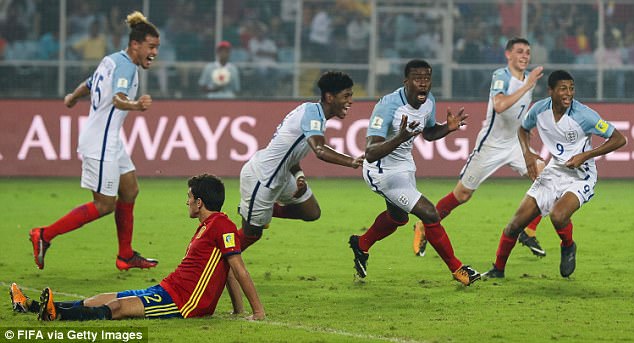 Marc Guehi scored the fourth and Foden added a late fifth for good measure as England completed a sensational turnaround.

Brewster added: ‘You mention Phil Foden. He was an absolute colossus. He got better as the tournament went on. I’ve seen in the past, you get an England team do something and then it’s where are they now?

‘I believe this is a special crop. By the law of averages not everyone is going to make it – that’s the way life it and you know that when you get into the game – but I do believe this team is special.’