She got engaged to beau Rick Leventhal last November

And on a trip to Florida with her fiance and her daughter Jolie, Kelly Dodd checked out the luxurious oceanfront resort The Breakers in Palm Beach.

It’s where Sofia Vergara and Joe Mangianello tied the knot in a lavish ceremony in 2015 and Dodd shared some images of the venue’s ornate ballroom on her social media at the weekend.

Just looking: Kelly Dodd, who got engaged to Rick Leventhal last November, checked out the wedding facilities at luxury resort The Breakers in Palm Beach, Florida, at the weekend 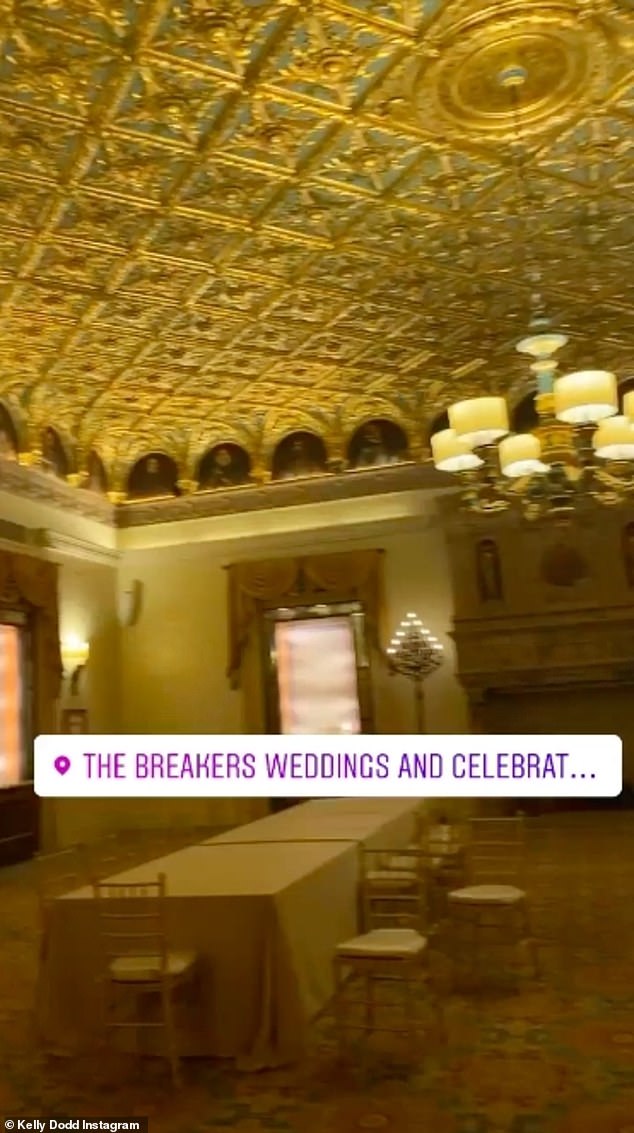 Dodd’s 13-year-old daughter Jolie was with her as they checked out the resort’s banquet center and in her Instagram Story, the Real Housewives of Orange County star joked to Jolie: ‘Do you want to get married here?’

It’s not clear if the two were just taking a general look around the resort or if Dodd, 44, is considering it as a possible venue for her own wedding to Leventhal, 60, that’s believed to be scheduled for October 10.

The mother and daughter have been celebrating Jolie’s graduation from middle school with a vacation in Florida’s Key West. 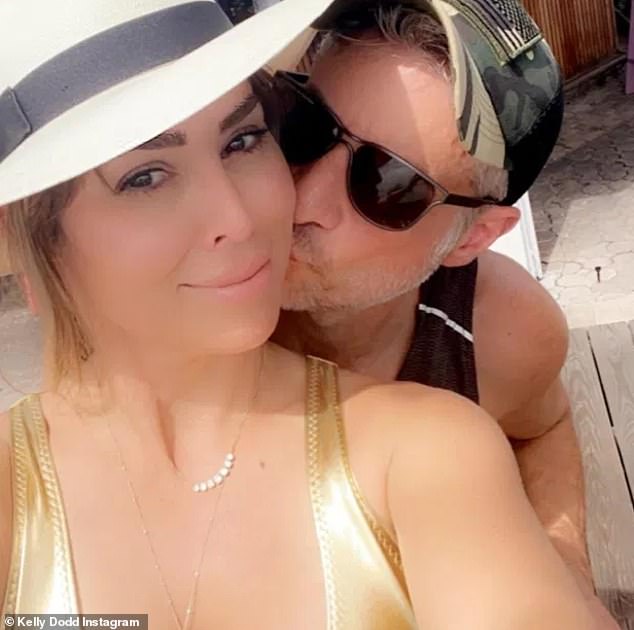 Whirlwind romance: Dodd, 44, and Leventhal, 60, got engaged last November after meeting for the first time during the summer of 2019 in The Hamptons 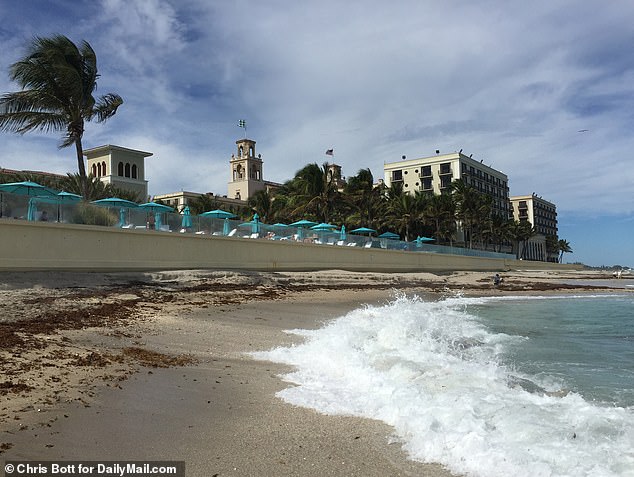 Exclusive venue: The Breakers sits right on the ocean in Palm Beach 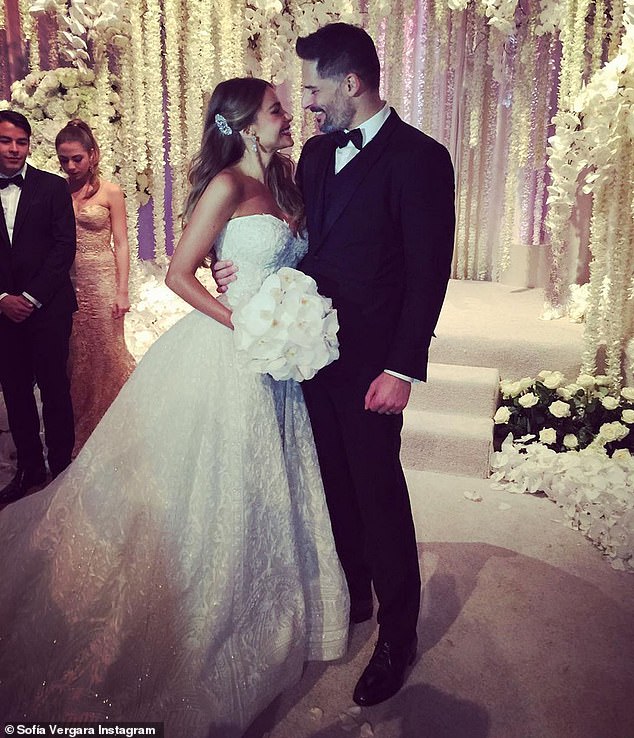 Celebrity friendly: The Breakers is where Sofia Vergara and Joe Manganiello tied the knot in a lavish ceremony in 2015 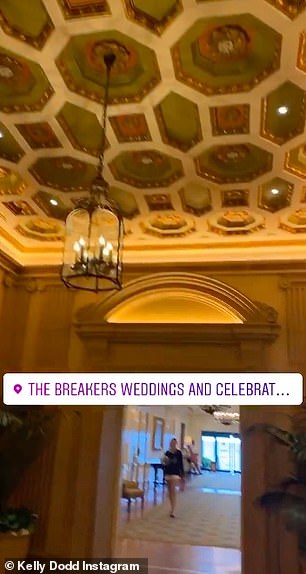 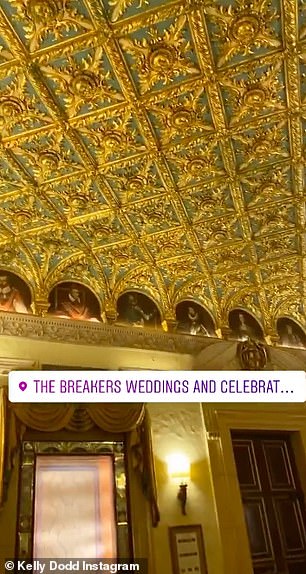 Upscale: The reality star showed off the hotel’s ornate ceilings, gold decor and spectacular ballroom in her social media post

On November 13, she revealed via her Instagram that Leventhal, a Fox News correspondent, had proposed and she shared a photo in which the couple were snuggled up with the reality star flashing a huge diamond ring.

It’s been a whirlwind romance for the pair who first met last Summer when Ramona Singer took Dodd along to a barbecue at Leventhal’s home in The Hamptons.

‘They’ve known one another for a short time but it’s been a very deep connection,’ an insider told People last fall. ‘They are in love. It’s special. They have great chemistry.’ 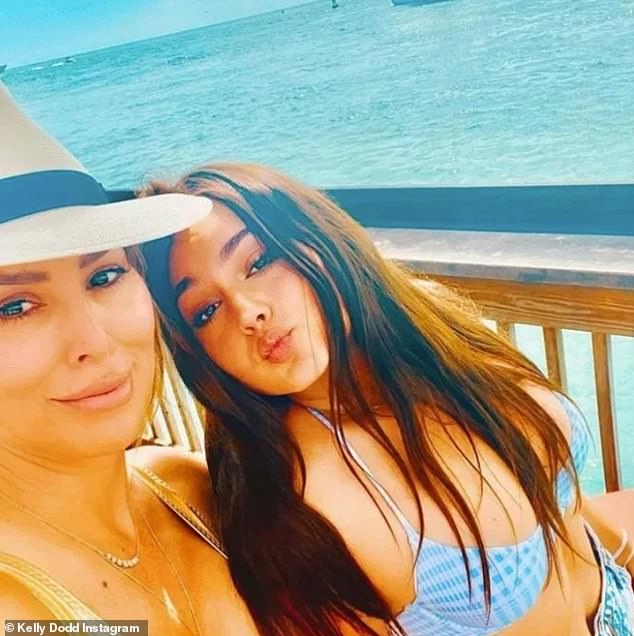 Mom: Dodd has been vacationing in Key West with daughter Jolie, 13, after celebrating the teen’s graduation from middle school. She divorced Jolie’s dad Michael Dodd in 2017 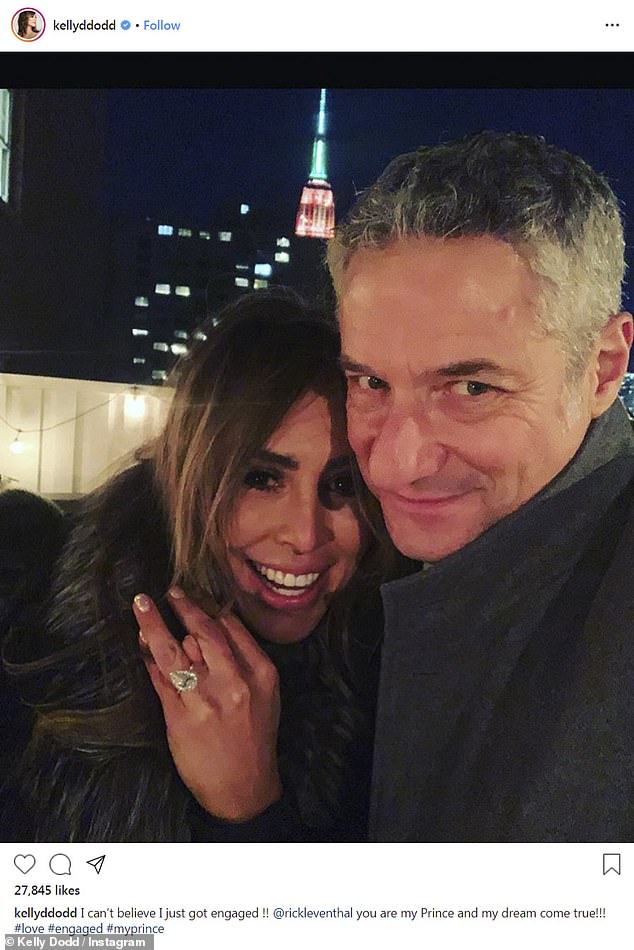 Set to wed: Dodd and Leventhal, pictured in their engagement photo on November 13, are believed to have set a date of October 10 for their nuptials