Rich Hamptons residents rush to stockpile huge sums of cash after New York City banks run out of $100 bills as customers withdraw up to $50,000 each amid growing coronavirus panic

Wealthy Americans have begun trying to withdraw large sums of money to stockpile amid a growing coronavirus panic across the United States.

One Chase customer was refused a $30,000 transaction at a branch in the Hamptons on Friday, Bloomberg reports.

They were told the limit was $10,000 with additional nearby branches also refusing to complete the large withdrawal. A JPMorgan spokesman said there is enough money is available but large transactions often require additional security.

It comes after a Manhattan bank temporarily ran out of $100 bills on Thursday as wealthy customers sought to withdraw large sums of cash as Wall Street suffered its biggest drop in more than 30 years.

Despite rebounding Friday on President Donald Trump’s declaration of a national emergency to try to help stem the health crisis, the stock market remains in a bear market — the Dow Jones Industrial Average has shed nearly 22 per cent in just a month — which stands to further dim the confidence of consumers.

Daily routines have been upended as businesses, including Amazon, urge employees to work from home, schools and universities close, and sporting events and church services are paused across the country.

In response to the run on certain items, major retailers have imposed some purchase limits. Frantic clientele at a Bank of America branch on Park Avenue in Manhattan requested to retrieve tens of thousands of dollars to stockpile, which accounted for the shortage.

Two people who witnessed the rush told The New York Times that several people withdrew as much as $50,000.

The danger to the U.S. economy stems from a fundamental reality – consumers drive roughly 70 percent of growth. When spending halts, the economy can’t grow. And while online shopping will likely surge as people sequester themselves at home, such purchases still account for just a small fraction of overall consumer spending.

Compounding the threat, the very measures that are required to contain the outbreak — quarantines, reduced travel, an avoidance of crowds and gatherings — are sure to stifle economic activity. 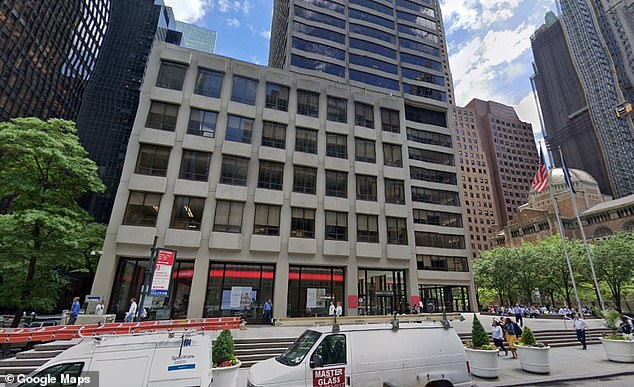 The resulting slowdown across the globe has undercut the price of oil, intensifying pressure on energy producers and likely reducing business investment. And many U.S. companies, especially in the airline and energy industries, are heavily indebted and might have to respond to financial pressures by cutting expenses — including jobs. On Thursday, the S&P 500 dropped more than nine percent – the largest percentage drop since the ‘Black Monday’ crash of 1987.

A spokesperson for Bank of America said there was only a run on large bills, and customers were able to withdraw smaller notes, including $20 and $50 bills, as normal.

‘We don’t keep large amounts of cash in big bills in the branches because it’s dangerous for our employees and there is low demand,’ they stated. $100 bills were replenished at the branch by Friday.

The cash grab appears limited to wealthy New Yorkers with stocks, as the Federal Reserve told The Times that overall demand ‘has been within fairly normal levels’. The publication reports that an extra $4 billion in cash was withdrawn by anxious Americans following the terror attack on September 11, 2001. However, nearly two decades on, consumers are less likely to make payments in cash, instead using debit cards and smartphones to complete transactions.