The girlfriend of bodybuilder Rich Piana is trying to set the record straight on his surprise death.

In a video posted on the late star’s YouTube page on Wednesday, his girlfriend Chanel Jansen said he didn’t die of a drug overdose, as has been speculated.

Jansen was giving her boyfriend a haircut on August 10, when he lost consciousness.

‘I thought he was stretching and all of a sudden he started to fall back to me,’ Jansen said in the video. ‘I said ‘baby are you ok?’ His eyes were rolling into the back of his head.

‘I went to catch him and he was sweating to he fell and bumped his head. His eyes were wide open and he was gasping,’ she added.

She told People that he died of a heart attack, though it’s unclear if that’s the official ruling. Piana’s death is still under investigation and toxicology tests can take months to complete. 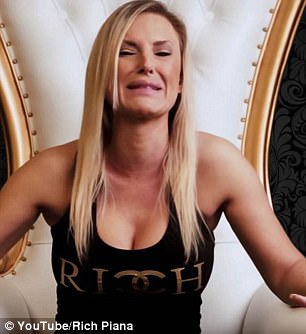 Chanel Jansen (left and right) sought to dispel reports about how her boyfriend, bodybuilder Rich Piana, died in a video posted online on Wednesday 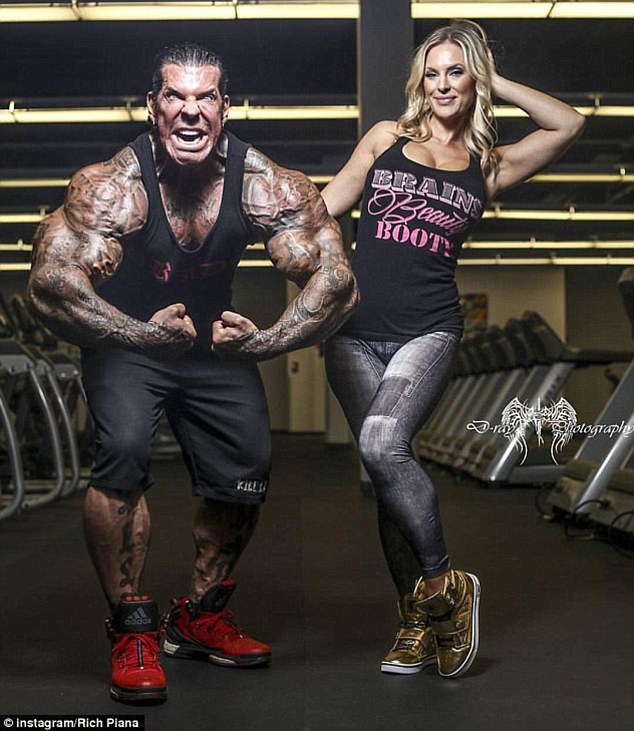 In the video, Jansen said that he did not die of a steroid or cocaine overdose, as some have been speculating(the couple pictured together above)

Piana – an admitted steroid user – was rushed to the hospital, where he was put into a medically-induced coma. He never recovered, and died two weeks later.

Reports that Piana suffered a drug overdose started circulating about a week after the medical emergency, when TMZ published a report, citing law enforcement sources, that officers responded to the couple’s home for a possible drug overdose.

Jansen says that report is false, and that she never said her boyfriend was suffering an overdose.

However, she was candid about her boyfriend’s use of steroids. But she says certain that’s not what caused his death.

Jansen paid tribute to him following his death last week, sharing a photo of them lying in bed with the caption: ‘We were supposed to go together’ (pictured) 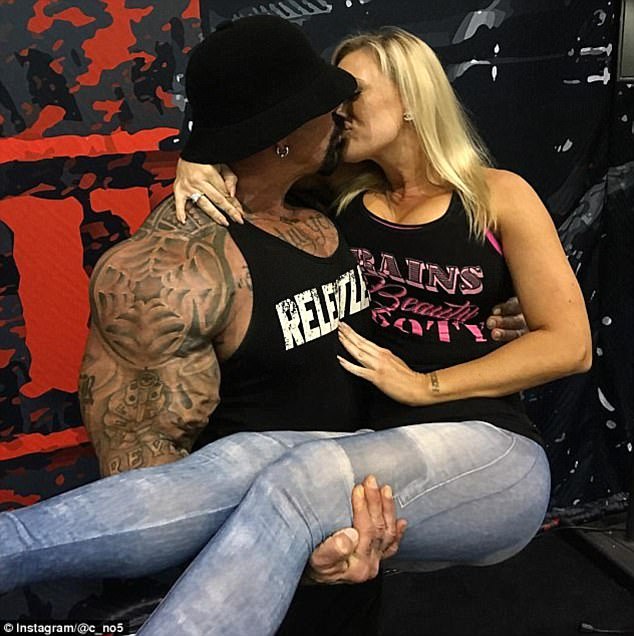 When Piana (left) collapsed on August 10, Jansen (right) phoned 911 and reported that he had suffered a possible overdose, police said

‘You all know he’s been doing steroids for 20 years and it shouldn’t be any surprise that he had steroids in his house.

‘Twenty bottles is not a whole lot and they had been there a year. He wasn’t overly juicing,’ she said.

As for a bag of white powder that was found in the home, Jansen says it wasn’t cocaine but rather a protein powder.

‘Don’t you think we would be a lot thinner than we are? He snorted Mutant Mayhem because it hit him faster and gave him a good work out,’ Jansen said.

Jansen broke down in tears as she described her ‘larger than life’ boyfriend’s final days.

‘I was in hospital with him every day for three weeks.

‘I didn’t leave during his final moment, I was right there with him. I needed to see him go peacefully. I was holding his hand while he slept.

Jansen has been left heartbroken at her boyfriend’s death.

‘Rich is a wonderful person who’s changed a lot of lives including mine,’ she said. 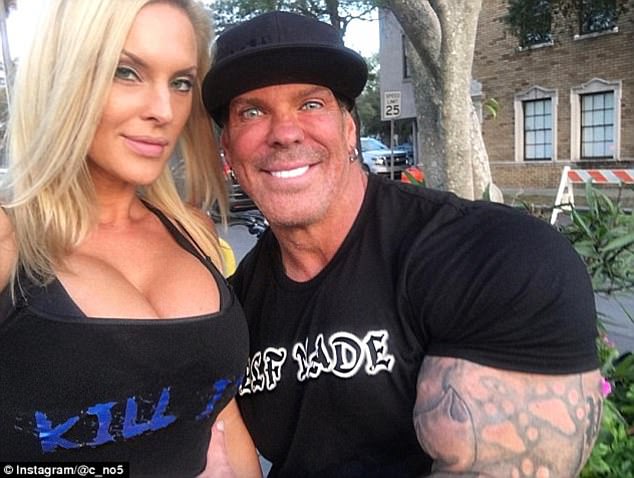 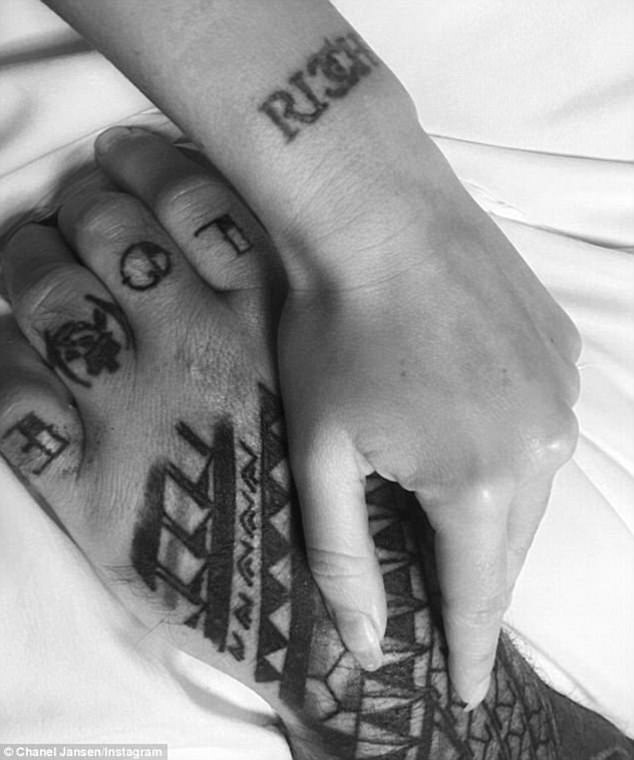 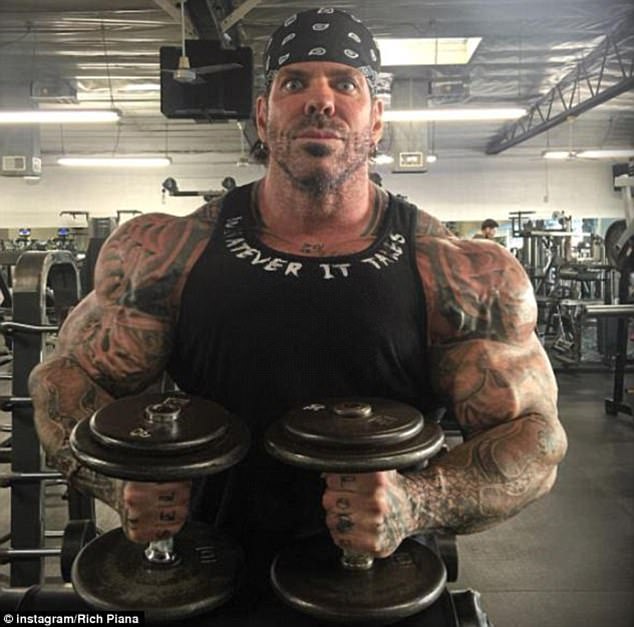 Piana, the well known body builder and former Mr California, has admitted using steroids in the past 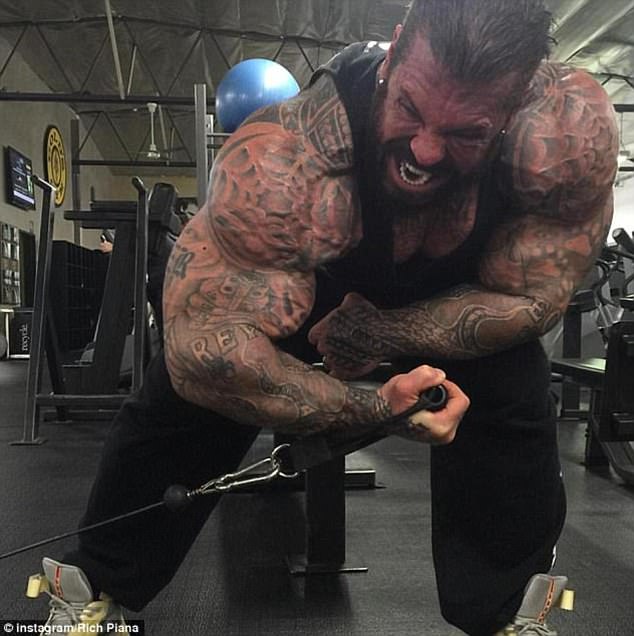 On August 10, Jansen was instructed to perform CPR, and emergency officers reportedly found bottles of testosterone in his house

Jansen’s YouTube video was posted five days after she wrote a touching tribute to her boyfriend on Instagram,

Jansen wrote ‘we were supposed to go together’ in a message on her Instagram page where she shared a photo of the couple lying on a bed.

In the heartbreaking tribute, Jansen wrote: ‘We just finished watching the Notebook yesterday and I said: ‘That’s how it was supposed to be. We were supposed to go together. So when it’s my time someday-come find me and take me where we’re supposed to go because I don’t want to go anywhere without you’.’

It follows as Piana’s ex-wife, Sara Piana, confirmed the 46-year-old’s death after he was placed into a coma after following a ‘medical emergency’ at his home

Piana previously came forward to the public admitting he had been spending thousands of dollars a month on anabolic steroids, which assisted him in enhancing his ardent bodybuilding career and lifestyle.

In a YouTube video he posted last year, Piana said he took steroids on-and-off over the course of 27 years, and advised his followers against the same unhealthy routine, while ultimately backing up his decision.

‘But if you want to become a professional bodybuilder, guess what? You’re probably going to have to f***ing do them, you’re not going to have a choice. That’s the boat I was in.’