The English Virgin Group founder, 67, was all smiles while he spoke about his latest investment and popped champagne at a news conference outside the famed casino-hotel.

He said the property will be Virgin-branded in coming months with a completion date set for the end of 2019.

During the renovations, The Strip hot spot, which has 1,500 rooms and suites, will remain up and running for Vegas visitors.

Details about the purchase price have yet to be disclosed, but Los Angeles-based investment firm Juniper Capital has been named a partner in the business venture.

Richard Branson announced his purchase of the Hard Rock Hotel in Las Vegas which he will re-brand as Virgin Hotel. He is pictured outside the property on March 30, 2018 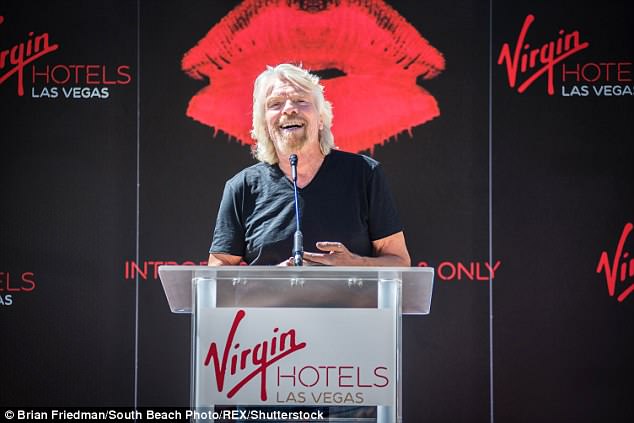 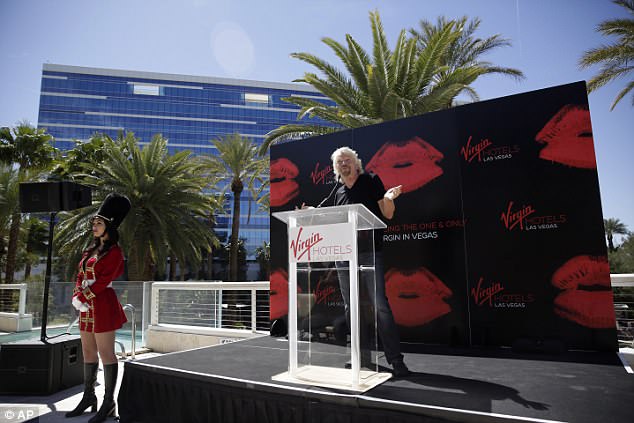 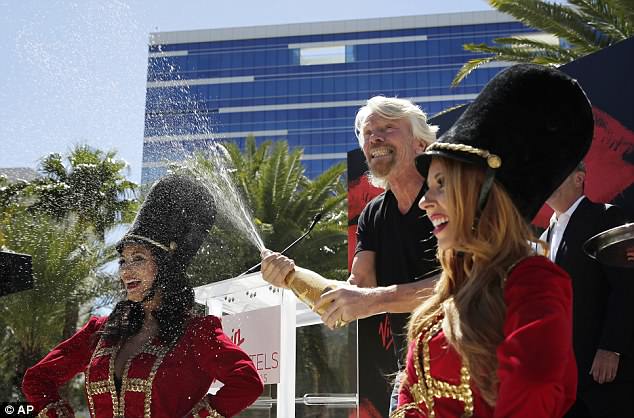 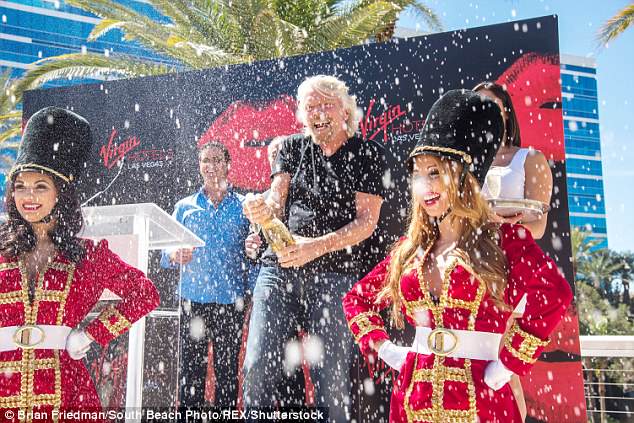 He is surrounded by performers, friends and co-workers Friday as he celebrates the buyout

Old Beardie’s latest investment has been a dream of his for several years, Branson explained to Condé Nast Traveler.

He and his team had previously planned various designs for other hotels on The Strip, and The Hard Rock happens to be his favorite, he told Condé Nast.

‘It’s been allowed to get a bit tired over the years, but it’s got fantastic staff and that’s the absolute key. It needs a lot of money spent on it.’

Branson, also of Virgin Records, which has signed with the Rolling Stones and Sex Pistols, said he’s the perfect fit for the job as he comes from the rock ‘n’ roll rock ‘n’ roll business.

He added that the design of the original Hard Rock will be different than Virgin’s – as visitors won’t ‘walk into slot machines,’ and will experience a ‘tasteful, fun’ feel when entering the casino-hotel. 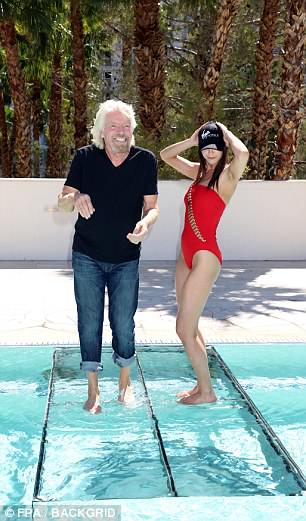 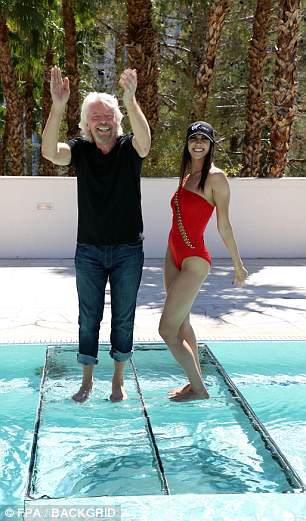 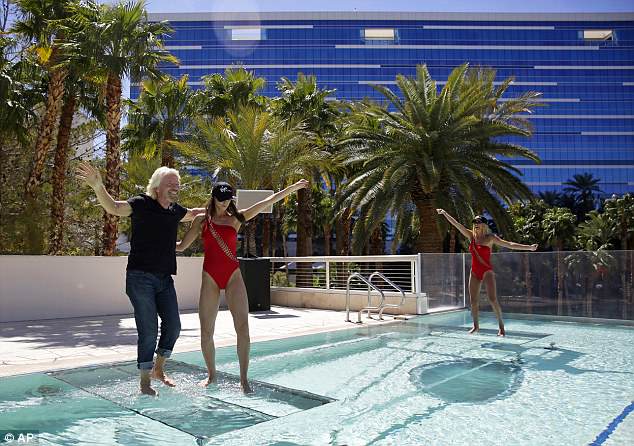 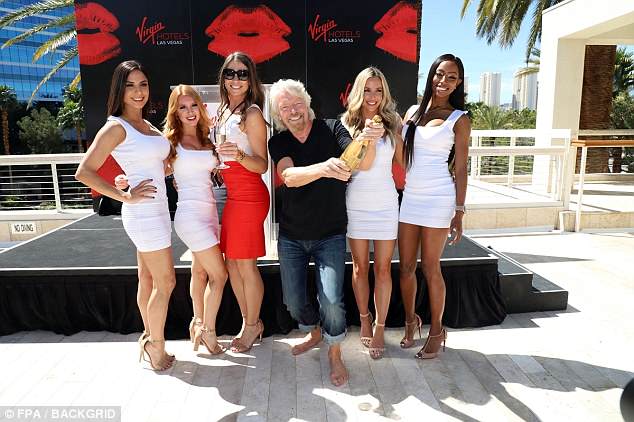 Branson and his team had previously planned various designs for hotels on The Strip, and The Hard Rock just happens to be his favorite 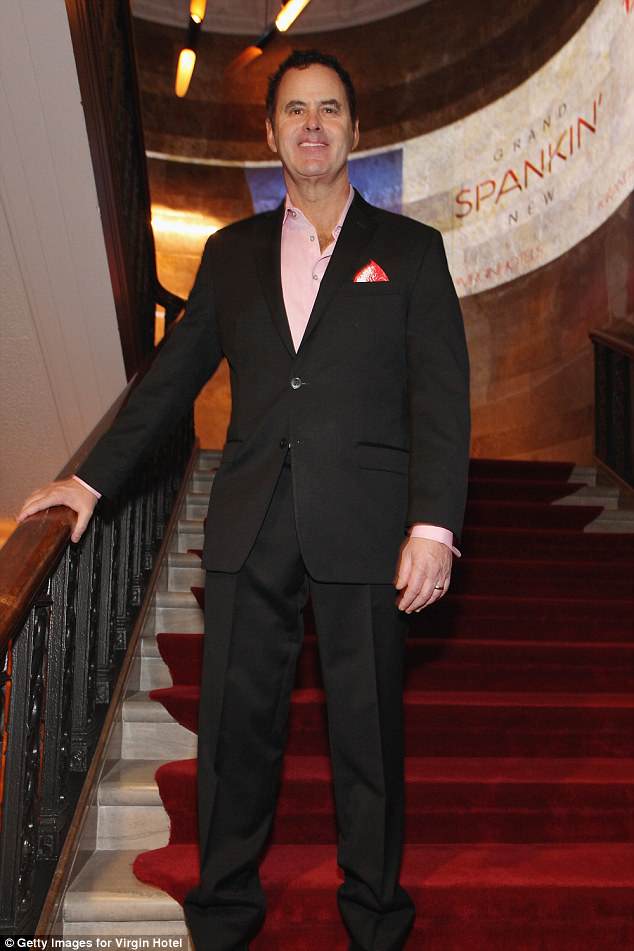 Raul Leal, CEO of Virgin Hotels is seen at the Grand Opening of The Virgin Hotel on April 16, 2015 in Chicago, Illinois. Leal said the Vegas space will without a doubt stay a gaming hotel

‘It’s incredible for me to suddenly have this collection of wonderful rock ‘n’ roll memorabilia. We’ve even seen some old Virgin signs there, so I suspect they’ll stay somehow.

‘We think we’re ready now to put some magic back into this property,’ he added, while Virgin Hotels CEO Raul Leal told the magazine the space will without a doubt stay a gaming spot.

Wynn, 76, resigned from his positions in February amid talk of his decades-old sexual misconduct history, according to a report published by The Wall Street Journal in late January. 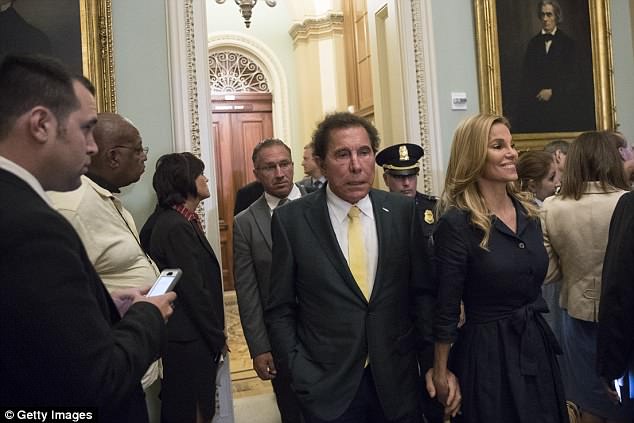 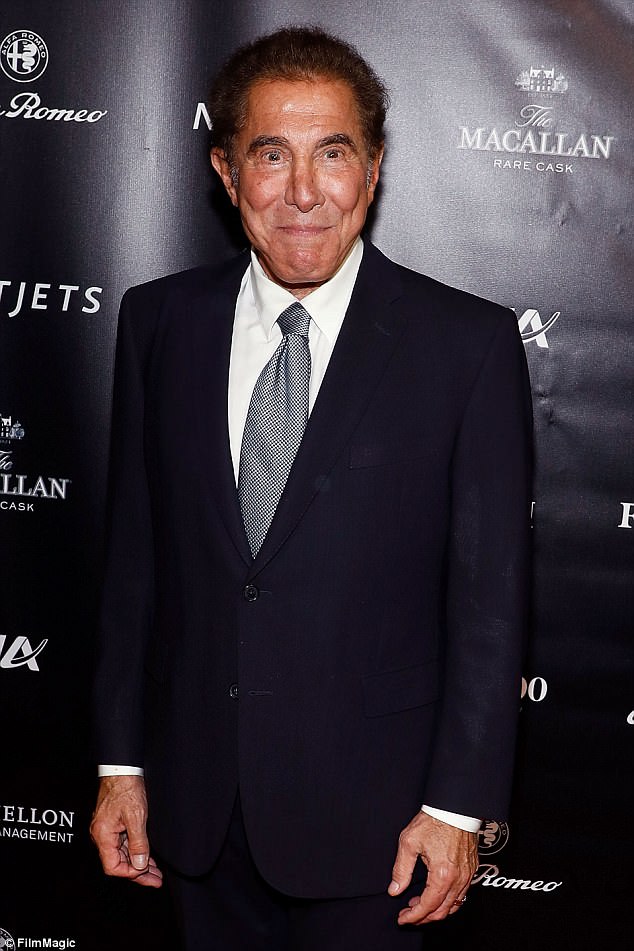 The lurid claims were reported by several former and current employees who worked with Wynn.

The married father-of-two has labeled the allegations against him ‘preposterous’ and false.

He further accused his ex-wife, Elaine Pascal, of instigating the scandal as way to profit from litigation after their second divorce in 2010.

Branson didn’t have much to say when asked by Condé Nast about Wynn, and added ‘hopefully it will help and not hinder to have someone like myself be the ultimate owner’ of the Hard Rock.

The entrepreneur previously described himself as an overall ‘positive person’ who believes the attitude will result in ‘positive’ outcomes.

Virgin Hotels, which just launched in 2010, currently has one location – in Chicago.

Aside from Sin City, Branson, whose Forbes’ 2017 net worth was listed at $5.1billion, is planning to take on other big cities in the future, such as Dallas, New York and Washington D.C.