Faded rolls of parchment revealing the accounts of Richard III have sold for £20,000. The incredible documents show how much the king made from the Duchy estate

A bundle of old documents bought at a country sale have sold for £20,000 after being identified as the financial accounts of Richard III.

The papers show money the Shakespearean king made in one year from the Duchy estate in Devon and Cornwall – and particularly from ‘Poldark’ tin mines.

The estate remains a money spinner more than six centuries later, with the current beneficiary, Prince Charles, making millions of pounds from it every year.

As well as land, the estate brings in cash from the Duchy Originals range, which sells organic products such as ice cream, biscuits and milk.

The faded pages of parchment covering one of the most turbulent years in English history show Richard III’s income in the year he came to the throne in 1483.

They reveal profits from the Duchy at this time were worth around £500 a year in contrast to the annual wage of a labourer of about £2.

How the accounts came into the hands of the anonymous vendor who sent them for auction is a mystery.

But experts say the documents are in a remarkable state of preservation after surviving for nearly 600 years.

Now almost three years to the day since he was reburied at Leicester Cathedral after a controversy with York over his final resting place, the accounts were put up for auction.

These rolls have parchment have sold for £20,000 after experts found they were the accounts of Richard III. They show his income in the year he came to the throne in 1483 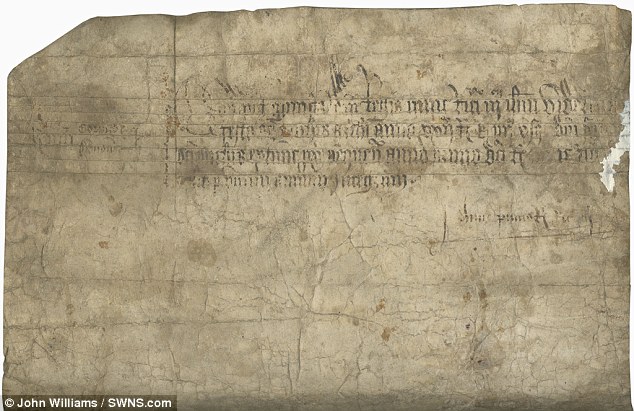 They were sold by Bonhams at its sale of fine books and manuscripts in London on March 21 and went under the hammer for £20,000 – more than five times the estimated price of between £4,000 and £6,000.

The faded document was bought by an anonymous collector after specialists who transcribed the scroll described it as in a remarkable state of preservation after surviving for nearly 600 years and was a rare find from one of the most turbulent years in English history.

Bonhams were unable to identify the name of the buyer and a spokesman said: ‘We have to respect the wishes of the purchaser to remain anonymous.’

But the existence of the documents, which came to light when they were taken for valuation to Bonhams office in Exeter, Devon, excited historians who described it as a very rare find.

Manuscript specialists were able to decipher the medieval Latin and reveal their true worth.

They are described as highly detailed showing totals for rents, sales and court receipts for manors within the Duchy and in Devon. 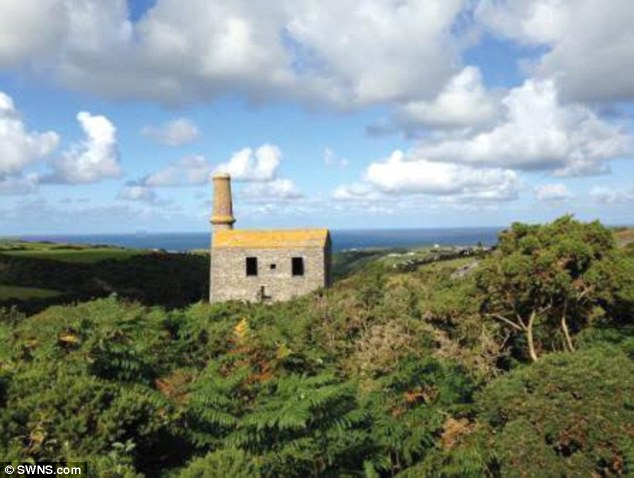 The Prince of Wales engine house, near Tintagel, Cornwall. Richard III made most of his money from the tin mines in the area

The amounts raised from each manorial lord amounted to between £12 and £30 per annum, but of particular value to the king was income from tin mining in the Duchy.

Peter Hammond, president of the Richard III society, said: ‘It is very important and we don’t know how many of these 15th century documents still exist.

‘It is very important in itself as an admin document for the Duchy of Cornwall.

‘It is not exactly Richard’s income – it was what they got from the Duchy manors and so on.

‘I had not seen any of these figures before – but have seen similar things and it is merely the income and where it was going. 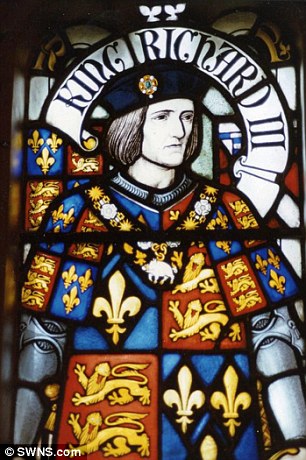 Richard died at Bosworth Field on August 22, 1485, in the last significant battle of the War of the Roses

‘Most of these things are allocated with the money coming in for a manor and then used for something else.

‘The bureaucracy was alive and well in the 15th century – they kept amazing records.

‘It does give you a handle on the kind of income that was coming in to keep the country running and for that reason they are important documents.

‘I have never seen anything like this sold before.’

The accounts are highly detailed, showing totals for rents, sales and court receipts for each manor within the Duchy with the names of bailiffs or the reeve who supervised work on the property and would also act as a link between the serfs and their feudal lord.

A manuscript specialist at Bonham’s said: ‘You don’t get similar documents from this very interesting period in history coming on to the market. Cornish material, in particular, is very much sought after as most of it is in records offices.

‘There are all kinds of reasons why these accounts have survived over the centuries.

‘They may have been lent or stolen but it is very rare to find anything like them offered for sale.’

Sam Tuke, the Exeter-based valuer for Bonhams, added: ‘It is always exciting to come across something so special.’

Richard died at Bosworth Field on August 22, 1485, in the last significant battle of the War of the Roses.

His body was flung into a crude grave at Greyfriars Friary in Leicester which was lost during its dissolution in 1538 on the orders of Henry VIII.

The remains of his skeleton were discovered during a search on the site of the foundations in 2012 in a dig backed by the Richard III Society.

The Duchy of Cornwall was created by Edward III in 1337 to provide income for the heir to the throne.

It continues to this day as part of the extensive property holdings of Prince Charles which funds charitable causes and the personal lifestyle of the prince.