Richard Lewis has revealed he once begged his Curb Your Enthusiasm costar Larry David for $1million to escape the world of show business after getting sober.

‘I’m not proud of it,’ said Lewis of the request, which he made in 1994 as he faced a crossroads about what to do with his life.

In a bizarre and rambling interview with Vice, he admitted that he’d just got sober and ‘freaked out.’

‘I couldn’t stand the business,’ he added. ‘I said to Larry, ‘Do me a favor, give me a million dollars in a bag and leave so I can just rest.’

‘He then came back the next day and said that his family was against him giving me a million dollars,’ added Lewis in the strange interview which ended with the actor threatening to hunt down the journalist.

Lewis continued: ‘He claims that I never said I would pay him back, which really p****s me off because there’s no way I’m taking a million dollars from someone and at least not trying to pay them back.’

Now, in a scene that wouldn’t be out of place on the award-winning comedy show they both star in, David has responded, refuting Lewis’ claims he’d turned down his request for a loan.

‘He just said, ‘I want you to give me a million dollars,’ he told the New York Daily News.  ‘He never said the word ‘loan’. I would never refuse Richard Lewis anything.’ 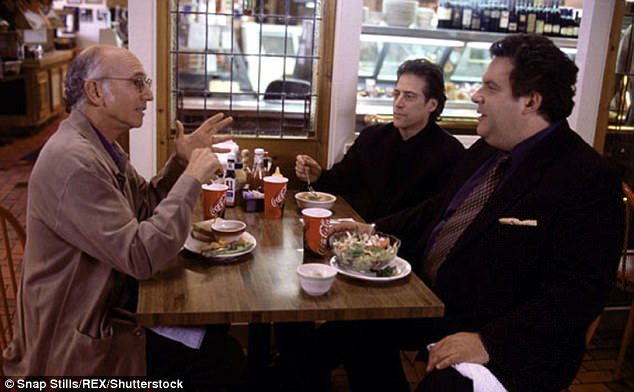 David conceded that his wife at the time may have shot down the idea of loaning Lewis cash, but said that he wouldn’t have.

‘He’s got the whole story wrong,’ David continued. ‘He wanted me to give him a million dollars, he didn’t even say he needed the money. He just said he wanted it! He didn’t say, ‘I’m in bad straits right now. Can you loan me a million dollars?’ If he had, I would have!’

‘I told him he’s an idiot because he got the story all wrong,’ David said. ‘Made me look like a bad friend.’

But Lewis insists that David had misunderstood him all these years,

‘I promised him I would pay him back,’ Lewis said. ‘To this day, I know I would never take a million dollars and not try to monthly or yearly pay him back, but he doesn’t believe me.’ 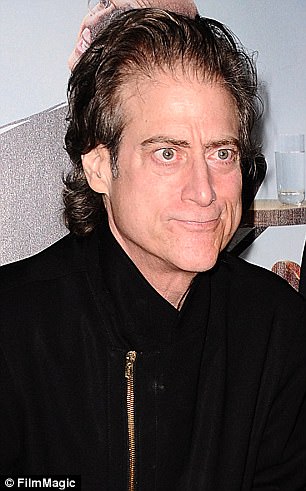 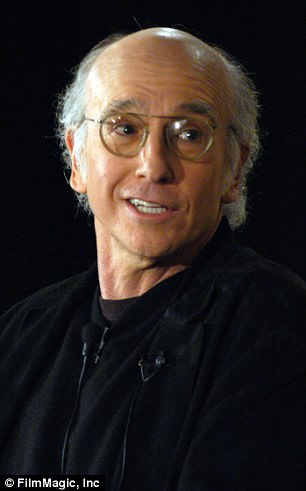 Lewis (left, earlier this month) admitted that he’d just got sober and ‘freaked out’, deciding that he hated show business and needed to leave. He says he asked his friend and costar Larry David (right), for a loan of a million dollars to escape 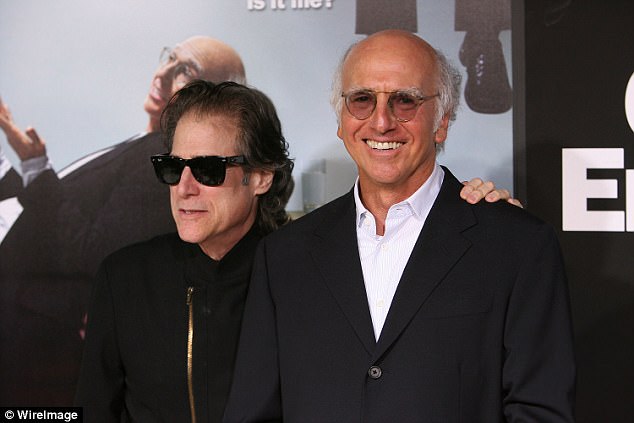 David has responded, refuting Lewis’ claims he’d turned down his request for a loan (Lewis and David at the season 7 premiere for ‘Curb Your Enthusiasm’ 2009 in Hollywood) 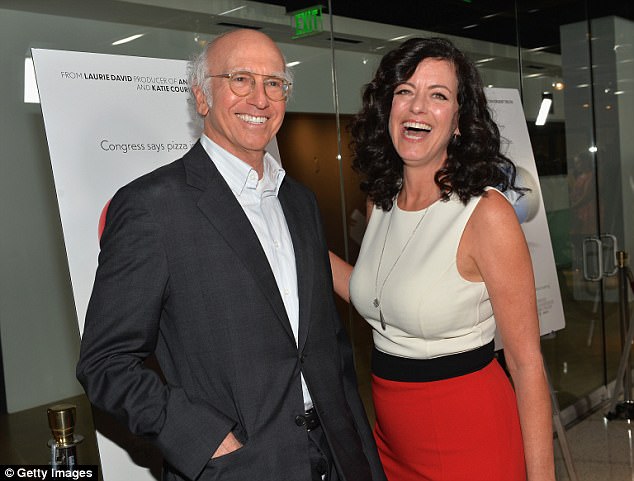 Lewis claims his costar refused, saying his family was against it (Larry David with Laurie David  in 2014 in West Hollywood)

He added that he’d told David if the roles were reversed, and he’d made millions on Seinfel, he’s have given his costar the money, without question.

But while Lewis admits they argue as much in real life as his character does with Larry Bird on Curb Your Enthusiasm, he insists it comes from a place of love.

‘It’s not hatred—we love each other, but I annoy him. I have to be truthful. I annoy him far more than he annoys me.’

David and Lewis will be reunited when Curb Your Enthusiasm returns to HBO Sunday after a six-year break.

Meanwhile, Lewis can also be seen on his Tracks of My Fears tour to Carolines on October 13.