RICHARD LITTLEJOHN on why official immigration figures are lies

There are lies, damned lies and statistics. And then there are the official immigration figures.

Depending on who you believe, migration to Britain is falling dramatically. Or, alternatively, it’s still increasing at unsustainable levels.

According to the Office for National Statistics (ONS), a net 59,000 people moved here from Europe last year. That’s the lowest number since before the referendum.

According to the Office for National Statistics (ONS), a net 59,000 people moved here from Europe last year. That’s the lowest number since before the referendum. 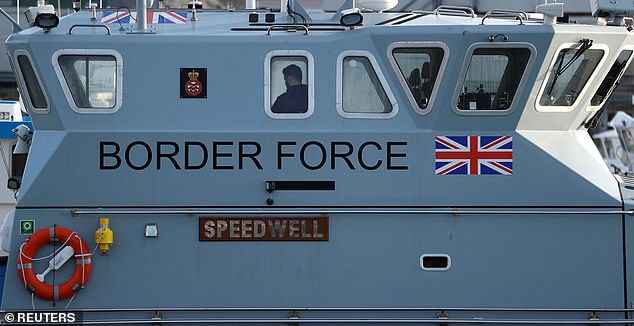 Depending on who you believe, migration to Britain is falling dramatically. Or, alternatively, it’s still increasing at unsustainable levels 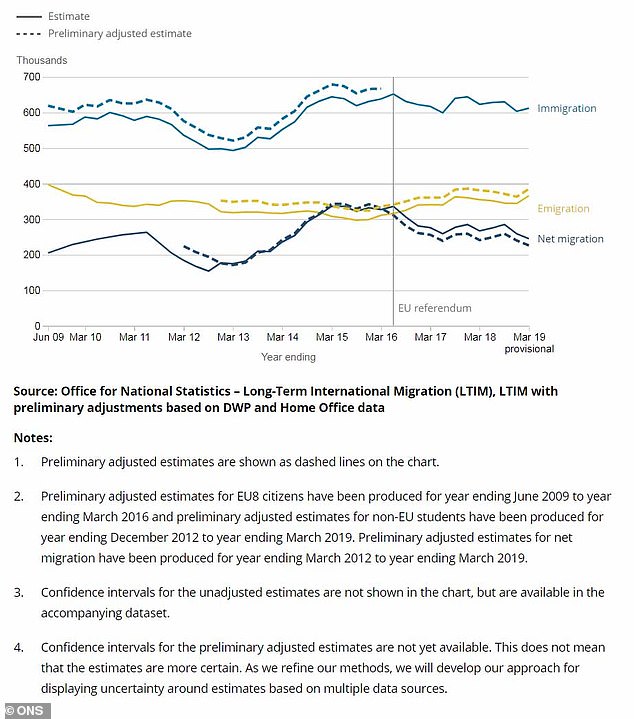 But immigration from elsewhere swelled the population by 226,000. Confused? You’re supposed to be

But immigration from elsewhere swelled the population by 226,000. Confused? You’re supposed to be.

At the same time, it was revealed that the influx from Eastern Europe in the eight years leading up to the 2016 Leave vote was undercounted by 300,000. So when we were told that net immigration had ‘peaked’ at 343,000 in June 2015, it wasn’t true. The actual figure was much higher.

How much higher? Your guess is as good as mine. The authorities haven’t got a clue.

Walk the streets of any of our large cities and the changing demographics and crowded pavements, roads, buses and trains are blindingly obvious.

So is the critical shortage and high cost of housing, caused in large part by the demands of our burgeoning immigrant population. The official figures are about as kosher as those illegal ‘find the lady’ card games run by Romanian crooks in London.

When it comes to sleight of hand, Romanian gangsters have nothing to teach those responsible for recording the number of immigrants settling in Britain.

The simple fact is that for more than two decades, ever since Labour’s 1997 landslide, the Government had no interest in counting them all in — let alone counting them out again.

The main method of measuring immigration was a slapdash system of asking a small sample of foreign nationals arriving at ports and airports whether they intended to stay in Britain, and for how long.

And, er, that was it. Nobody bothered checking whether any of these people actually left. The official immigration figures are at best guesswork and, at worst, downright lies.

Yesterday, the ONS reluctantly put its hands up to undercounting by 300,000 from 2008 onwards. But it conveniently overlooked the fact that the problem dates back another four years to 2004, when Tony Blair — unlike other EU leaders — threw open our doors to unlimited immigration from the new EU ‘accession’ states in Eastern Europe.

None of this is in any way to criticise those who sought to make a new life in this country and, in the case of hard-working Poles and others, have made a huge contribution. What this is about is the deliberate dishonesty of politicians and civil servants entrusted with telling us the truth about immigration.

For instance, although the ONS claimed yesterday a net 59,000 EU citizens settled here last year, something called the Annual Population Survey — based on a much larger sample — reported that the actual increase was almost double that, around 100,000.

Sounds nearer the mark. But, frankly, who knows? 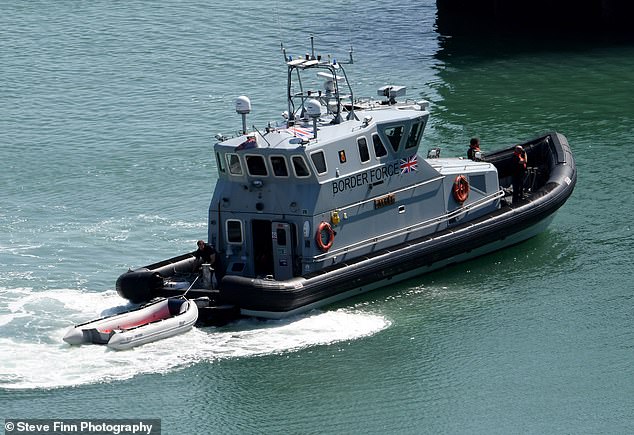 Pictured: The UK Border Force tows in the fourth boat found carrying migrants across the Channel this week

There’s nothing new in any of this. In the wake of the 9/11 attacks on America in 2001, the then Commissioner of the Met Police told me there were probably 250,000 people living in London who the authorities knew absolutely nothing about.

His guesstimate was based on the increasing number of foreign nationals being arrested by Scotland Yard on everything from driving without a licence, to aggressive begging and suspected terrorist offences.

And that was 18 years ago. Goodness knows how many have slipped under the radar since then.

No doubt if I’d put that figure to ministers, they’d have dismissed it as ‘anecdotal’ and, therefore, unreliable. But I’ve always trusted anecdotal over official statistics.

For instance, the best measure of the real scale of immigration came in an article for the Mail on Sunday written three years ago by an anonymous asylum tribunal judge.

His (I’m assuming it was a he) findings were based on evidence from the sewage industry.

The judge wrote: ‘The discrepancy between the official figures and what is actually going down the pipes shows there are more than a million more people in London than are legally registered, and another half a million or more outside the capital.’ The answer, my friend, was flowing round the U-bend.

I can remember writing at the time that the Government should employ a team of frogmen, trained in Bog Snorkelling, to flush out illegals.

Either that, or sub-contract the immigration count to Dyno-Rod.

This may be considered somewhat flippant. But, as I am constantly reminded, it’s almost impossible to parody anything these days.

Around the same time, I wrote a spoof Shipping Forecast, with immigrants crossing the Channel on a variety of inflatables — from lilos to Del Boy-style sex dolls.

I should have known better.

Just this week a man is believed to have drowned off the coast of Dunkirk attempting to reach England using a lifebelt fashioned from plastic bottles.

The Tories promised to cut net migration to the tens of thousands. That was quietly ignored when ministers realised it wasn’t achievable while we were still members of the EU and legally committed to free movement.

They did say they’d restrict immigration from outside Europe, but that wasn’t true either.

No doubt, if this Government survives, there will be official statistics to prove that, as a result of the new regime, immigration has fallen to its lowest level ever.

Me? I’ll go on believing my lyin’ eyes.

Prue Leith has been drafted in by Boris to overhaul the catering in NHS hospitals. It’s not the first time she’s been asked to improve the food in a failing nationalised institution.

Prue was called in 40-odd years ago to revamp the limp cheese sandwiches in British Rail buffet cars.

I seem to remember a press conference she gave alongside the then public face of BR, the disc jockey and part-time hospital orderly Jimmy Savile. Perhaps he could have helped Prue fix it, if he wasn’t still dead.

Anyway, good luck to the Great Lady as she takes on the boiled greens and rice pudding culture in our hospitals and attempts to bring in a bit of Bake Off pizzazz. She’ll have to mind her language, though. Soggy bottom has an entirely different meaning in the NHS. 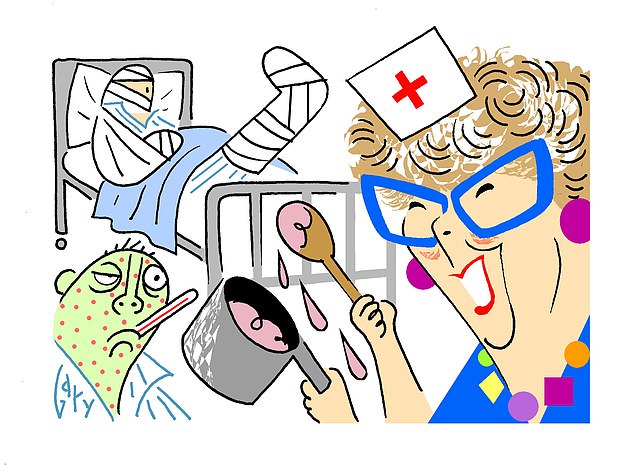 Prue Leith has been drafted in by Boris to overhaul the catering in NHS hospitals. It’s not the first time she’s been asked to improve the food in a failing nationalised institution. Prue was called in 40-odd years ago to revamp the limp cheese sandwiches in British Rail buffet cars

The latest piece of climate change lunacy from MPs is that we get rid of all cars by 2050, even those powered by electricity.

It’s just another example of a ridiculous hair-shirt gesture designed to appease the deranged ecomentalist lobby.

What’s frightening is the way in which so many otherwise sensible people seem to have bought into the ‘green’ racket, after being bombarded daily with ever-more hysterical climate change propaganda.

A made-up survey this week claimed that 85 per cent of the British people now ‘fear’ the terrible consequences of global warming. No, they don’t.

But even if this survey is half-true, it only goes to prove the wisdom of G.K. Chesterton’s observation: ‘When people stop believing in God, they don’t believe in nothing, they believe in anything.’

Someone called Jameela Jamil has been hogging the headlines after claiming that A-list climate change hypocrite Meghan Markle is only being criticised for using private planes because she is black.

Look, I know I should pay more attention, but who is Jameela Jamil — and why is anyone taking any notice of her? Mind you, I’d never heard of Meghan Markle, either, until she married Prince Harry. 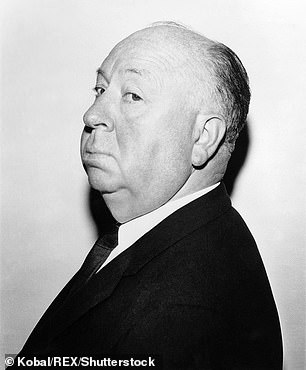 As it’s a Bank Holiday weekend, I’ve no intention of banging on at length about Brexit. I’d just be wary of hailing Merkel’s and Macron’s alleged ‘concession’ over the Irish backstop as some kind of great leap forward.

The backstop is what Alfred Hitchcock called ‘The MacGuffin’ — an essentially irrelevant device to keep everyone in suspense. It was dreamt up purely to divert attention from the real plot — stopping Brexit in its tracks.

Getting rid of the backstop doesn’t make the rest of Mother Theresa’s dismal, defeatist Withdrawal Agreement any more palatable.

The EU are not our ‘partners’, they are our rivals and they remain determined to screw us into the ground.

No deal is still better than what else is on offer, backstop or no backstop.