A primary school has cancelled all school trips into London amid fears children may be the victims of a terrorist attack.

Darell Primary and Nursery School cancelled at least two trips since the Parsons Green attack after several parents expressed concern about their children travelling to the capital.

The school, which teaches 340 pupils aged three to 11 and is rated ‘Good’ by OFSTED, told parents it will review its policy on school trips once the threat level has dropped.

In an announcement on its website, headteacher Karen Bos said many trips into central London were to tourist destinations which had been the specific target of earlier attacks.

‘In view of the fact that we are at a severe level rating and attacks are deemed ‘highly likely’ in London we are not going to be scheduling trips into central London,’ the statement said.

‘We will review this once the threat level is de-escalated to a lower level and we have done further training with our staff covering how to deal with a critical incident when off school site, should it occur. 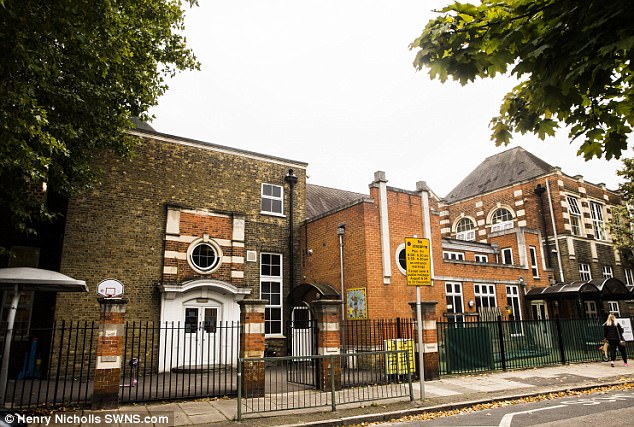 Ban: In an announcement on its website, headteacher Ms Bos said many trips into central London were to tourist destinations which had been the specific target of earlier attacks. 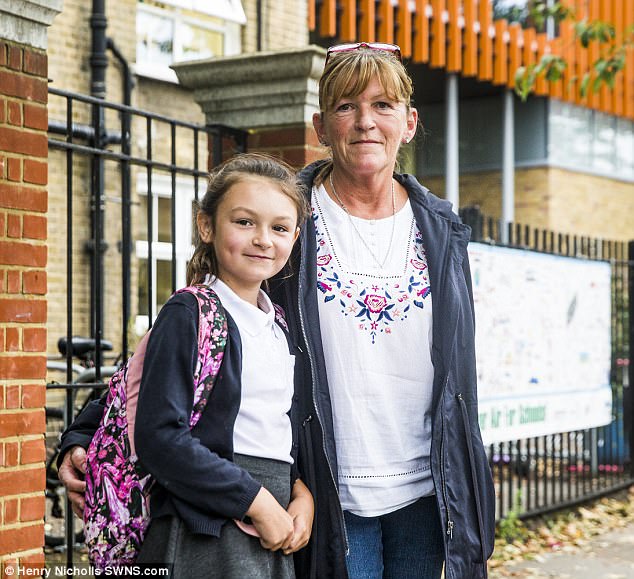 Support: Parents at the school have backed the move. Caroline Cosgrove, 55, a grandmother-of-one pictured with Tamsin, eight, said: ‘It is safer they didn’t go, I would probably be worried.’

‘In the meantime we will continue to provide children with enriching visits by arranging visits at venues out of central London and workshops in school. We thank you for your continued support.’

Darell is just a few miles from where the homemade bucket bomb hidden in a Lidl shopping bag detonated at Parsons Green tube on Friday last week, injuring 30 people. 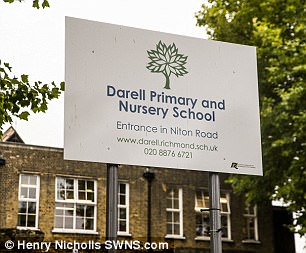 Darell also had to cancel a planned trip to the Florence Nightingale Museum in Lambeth, central London the day after the Westminster Bridge atrocity in March.

In the aftermath of the bombing, the UK terror threat was set at critical, which has since been downgraded to severe, meaning an attack is highly likely.

Darell also had to cancel a planned trip to the Florence Nightingale Museum in Lambeth, central London the day after the Westminster Bridge atrocity in March.

Jessica Stephens, an officer in the Parent Staff Association who has two young daughters at the school posted about the decision on social media. She said the overwhelming majority of parents supported the decision.

Mrs Stephens added: ‘My husband and I fully support and appreciate this decision and commend our headteacher for taking this action.

‘One of the reasons parents in this area choose Darell is because it is obvious that our leadership team places such an emphasis on all our children being safe and happy at all times.’

Molly Noonan, 29, mum of Albert, seven and Ted, five, said: ‘I would have gone on the trip with them but I would never send them on their own, it’s just not safe and you can’t be too careful. 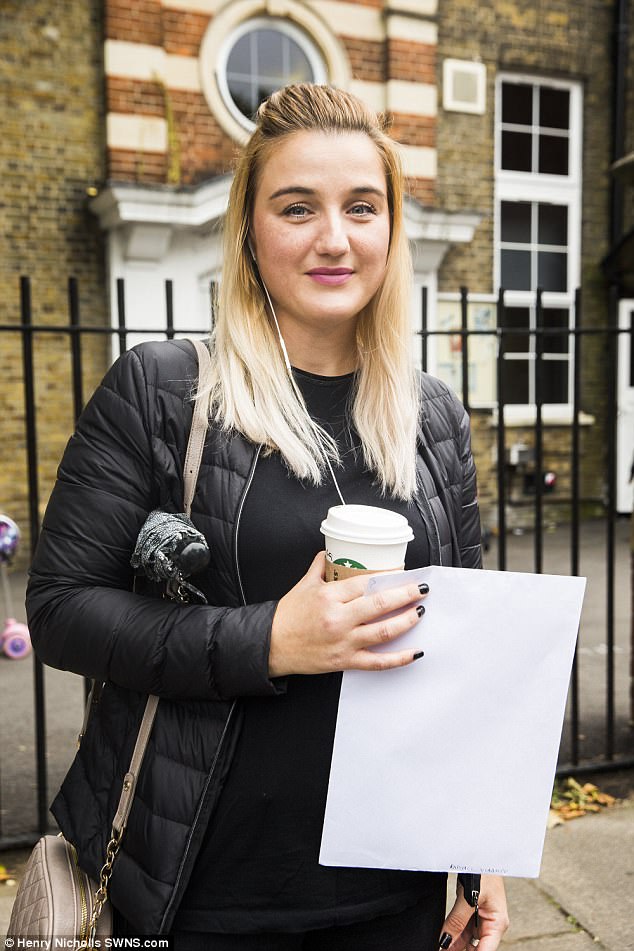 Veronica Vladucu, 31, a mother of two, said: ‘I don’t know if I would be happy for them to travel by tube. Probably I would have let them go. I really feel like my son is missing now he can’t go.’ 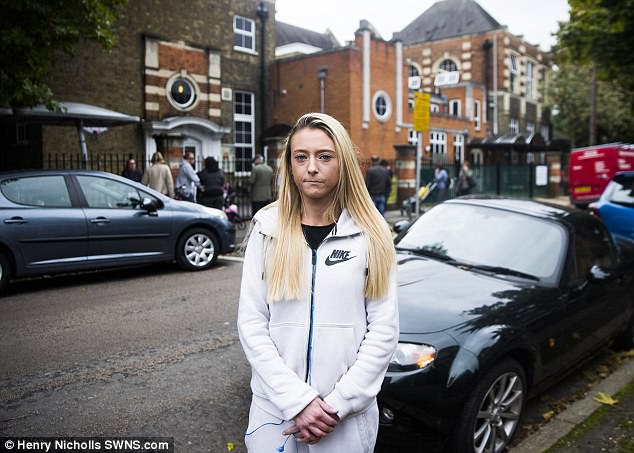 Sara Smith, 22, mother to Alfie, five, said: ‘I would not want my kids to go at all. Yeah he’s missing out but I would rather that than if he was bombed.’

‘Parsons Green is so close, it is only up the road.

‘On the day Westminster Bridge happened my boy had a trip the following day, it was literally the day after it happened.

‘He was going to a museum right near Westminster, Ted has not had any trips into London this year.’

Caroline Cosgrove, 55, a grandmother-of-one to Tamsin, eight, said: ‘It is safer they didn’t go, I would probably be worried.

‘Most of the time they would be safe but I think it is the school’s decision at the end of the day.

‘They generally have enough staff and parents to manage the group but I would rather they were overly cautious.’

Sara Smith, 22, mother to Alfie, five, said: ‘I would not want my kids to go at all. I was really pleased when they sent the email to say the trips had been cancelled.

‘Even when they reduce the terror threat I would still not want Alfie to go into London. Yeah he’s missing out but I would rather that than if he was bombed.’

A spokesman for Richmond-upon-Thames Council said there was no borough wide policy on class trips and that the decision was down to each school.

In the wake of the Westminster Bridge and the MEN bombing in Manchester, schools across the country cancelled trips to visit museums, theatres and other attractions. 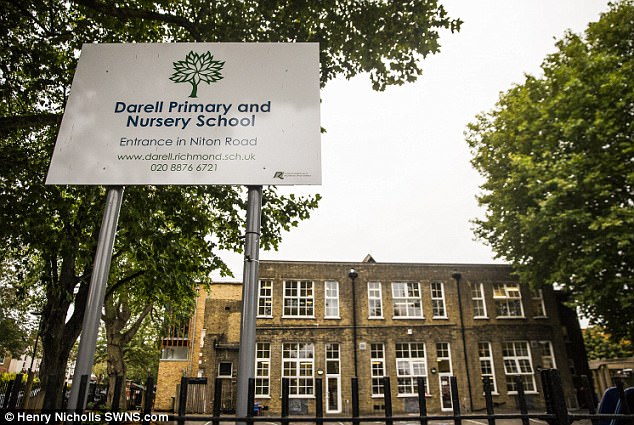 A spokesman for Richmond-upon-Thames Council said there was no borough wide policy on class trips and that the decision was down to each school.

Nower Hill high school in Pinner, London, shelved a number of year seven and year eight trips to the University of Westminster, British Museum, National Gallery and Neasden temple among others. A French exchange trip to the Science Museum was also called off.

Geoff Barton, general secretary of the Association of Schools and College Leaders, said: ‘Our advice to schools concerned about planned trips to London is to review and amend risk assessments as necessary and to talk to parents to gauge their views.

‘Where school trips go ahead, parents who are concerned can withdraw their children. If schools choose to cancel trips, we would ask that people respect that decision, which will have been made after full discussion and in the light of individual circumstances.’