They sang in the stands, danced in the streets, partied in the pubs and flocked to the local barber shop to get their hair cut like ‘Dusty’.

But for tens of thousands of Richmond Tigers fans – many of who haven’t yet been to bed – the celebrations are only just beginning after Saturday’s AFL Grand Final win.

Less than 24 hours after their beloved side broke a 37-year premiership drought they flooded into their traditional home of Punt Road oval to continue the massive party.

And having led the team on-field throughout the entire year, superstar Dustin Martin seemingly did the same off-field last night – looking worse for wear on stage with his winning teammates on Sunday morning. 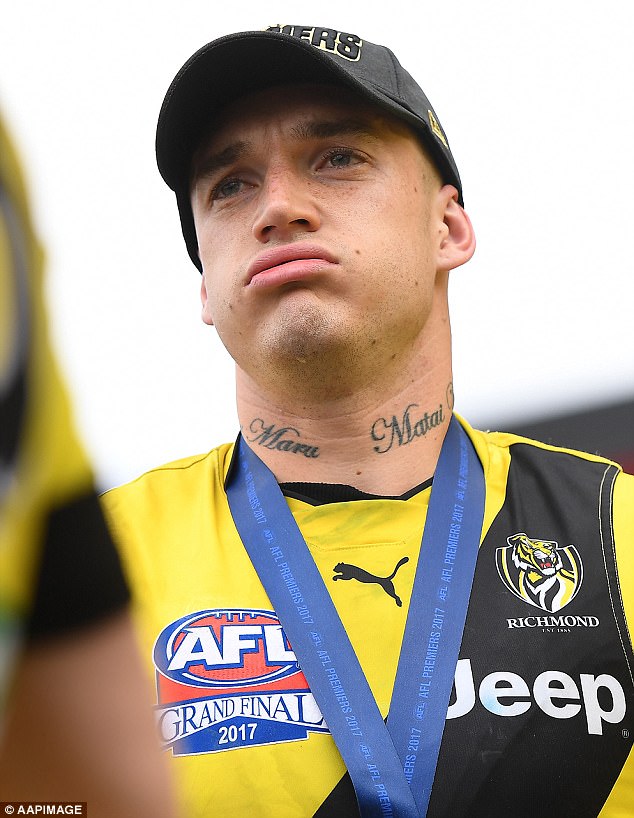 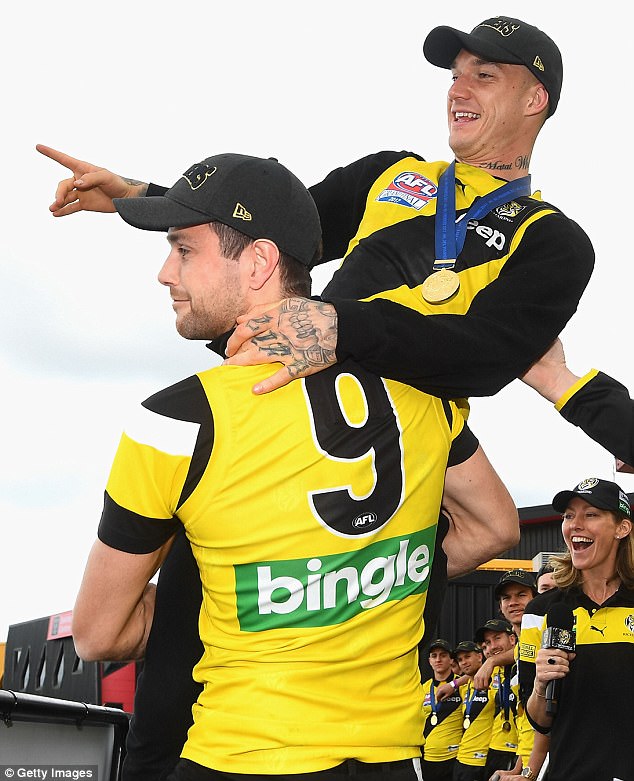 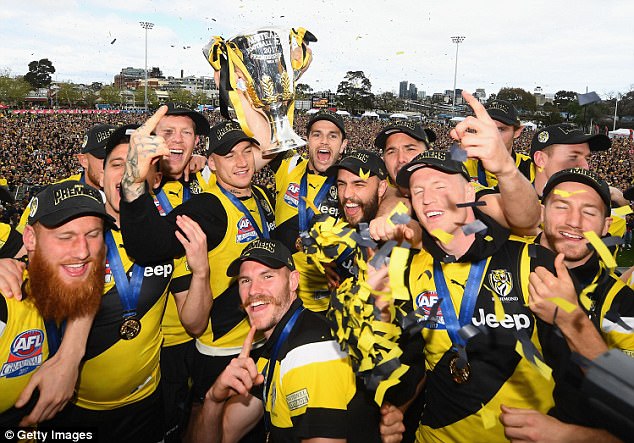 While the yellow and black guernsey he’d worn the day before was still on, the Tigers star hid most of his tattoos beneath a long sleeve jumper.

His famous haircut was also hidden beneath a black hat, but there was no hiding the fact he’d indulged into the early hours of the morning with his teammates.

Putting his hands on his head and sighing deeply, the cult figure was clearly feeling the effects of a big night of celebrations as he stood on stage.

But he certainly wasn’t the only player or supporter among the crowd to be sporting bleary eyes, with thousands of excited Tigers faithful having barely slept.

Dressed in yellow and black and holding banners high in the air, they flooded through the gates to see their champions at the club’s post-Grand Final celebration. 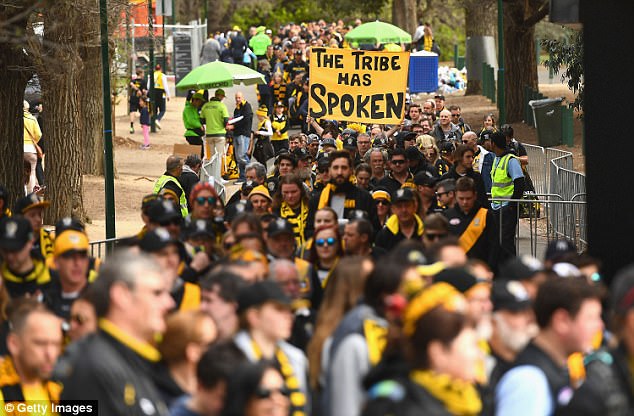 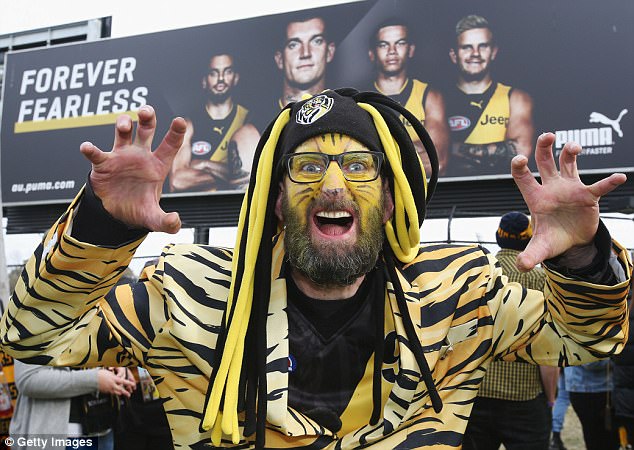 Dressed in yellow and black and holding banners high in the air, they flooded through the gates to see their champions at the club’s post-Grand Final celebration 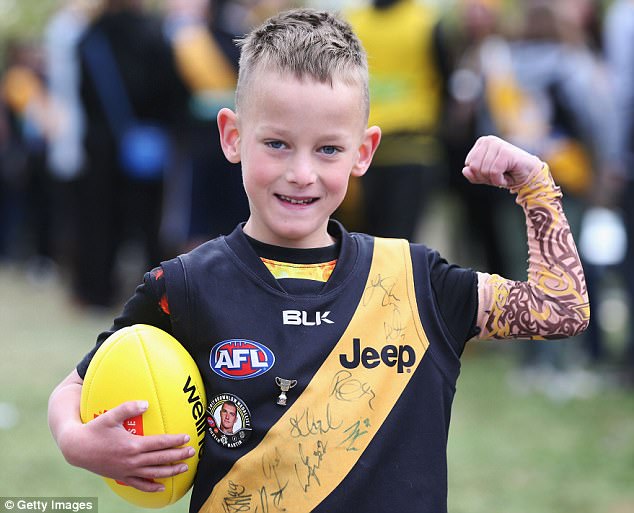 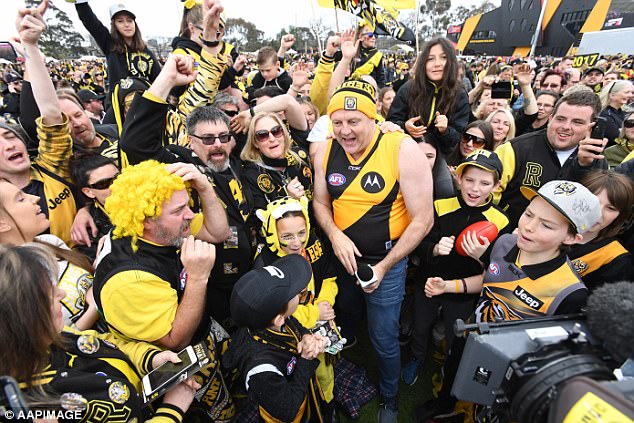 Despite there being many weary eyes among both players and supporters, there was no shortage of smiles in the crowd.

Many of those in attendance had just hours earlier taken over Swan Street – the main stretch of Richmond – and partied in sensational fashion.

As soon as the final siren sounded on Saturday afternoon the Tigers faithful among the 100,021 strong crowd flooded into the suburb nearby the MCG.

With the sound of the Tiger’s theme song ringing out in every direction the suburb was nothing short of electric.

Most Richmond’s pubs were already packed with punters who couldn’t get a ticket to the game, many of who were still in tears and overcome with emotion after the siren.

But it was after the sun set that the party really kicked into gear. 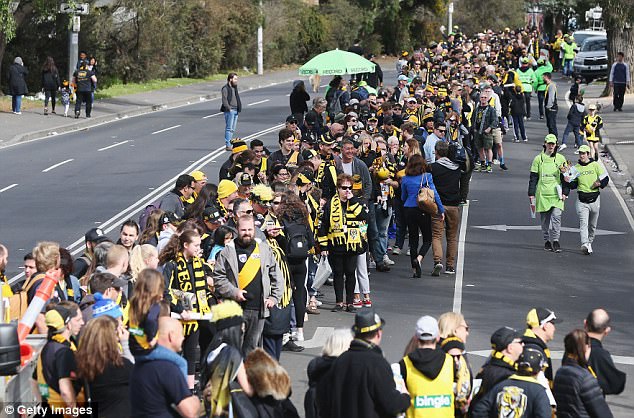 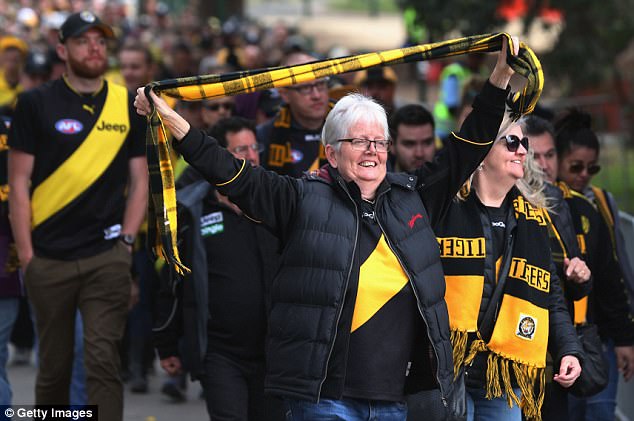 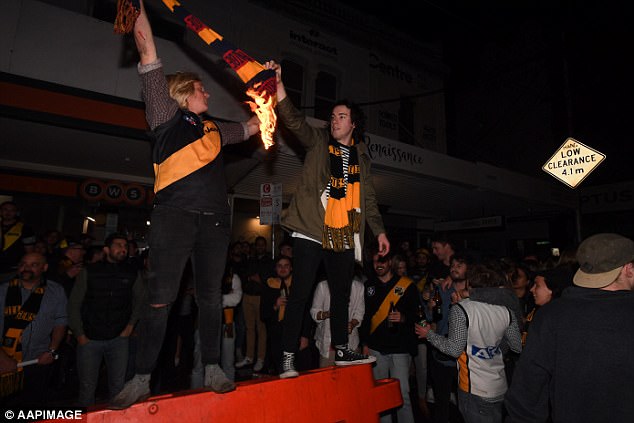 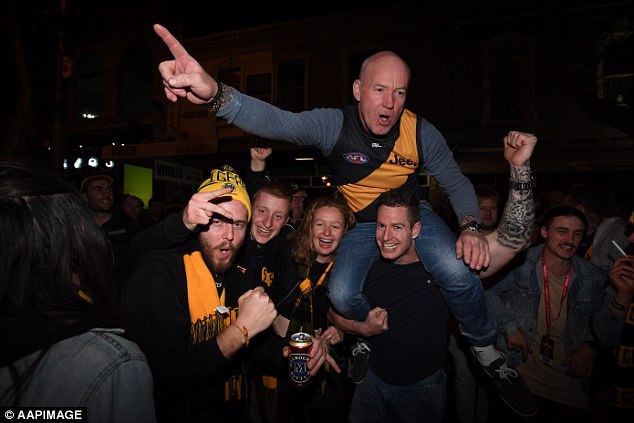 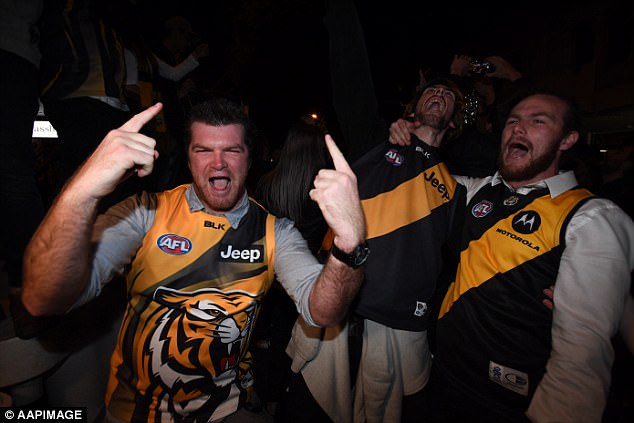 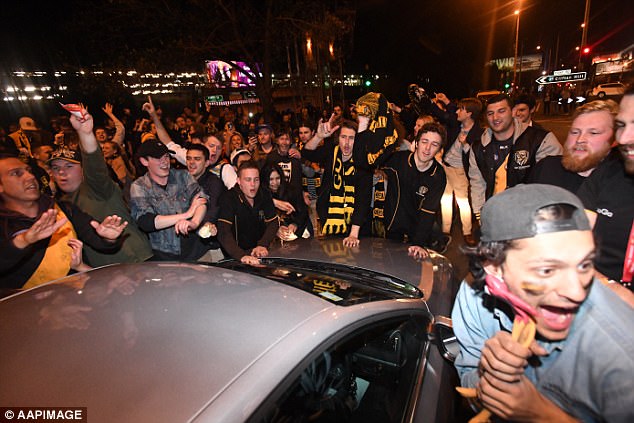 Fans inside the MCG flooded onto the turf to watch The Killers perform before their beloved team was presented again.

Those in the streets of Richmond jumped on top of cars, shops and climbed up lamp poles to celebrate.

But things did get out of hand, with police forced to use pepper spray to contain the crowd as the party went into the early hours of Sunday morning.

One fan set fire to an Adelaide Crows scarf as he was cheered on by the Tiger army on Swan Street.

It capped of an incredible week for the tattooed star as he became the first player in history to win a premiership, Norm Smith and Brownlow Medal in the same season. 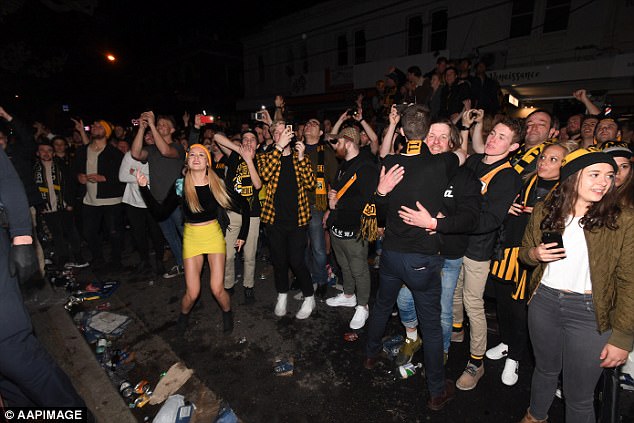 The local favourites defeated the Adelaide Crows by 108 points to 60, pulling away from the South Australian team in the final quarter