Singer Ricki-Lee Coulter has hit back at an Instagram troll who accused her of using strategic poses to conceal her curvy figure.

She posted a throwback photo on Wednesday of herself in a bikini at the beach, and while many of the comments were positive, one was quite hurtful.

The critic accused Ricki-Lee, 35, of posing with one leg slightly behind the other in order to ‘hide’ the shape of her hips. 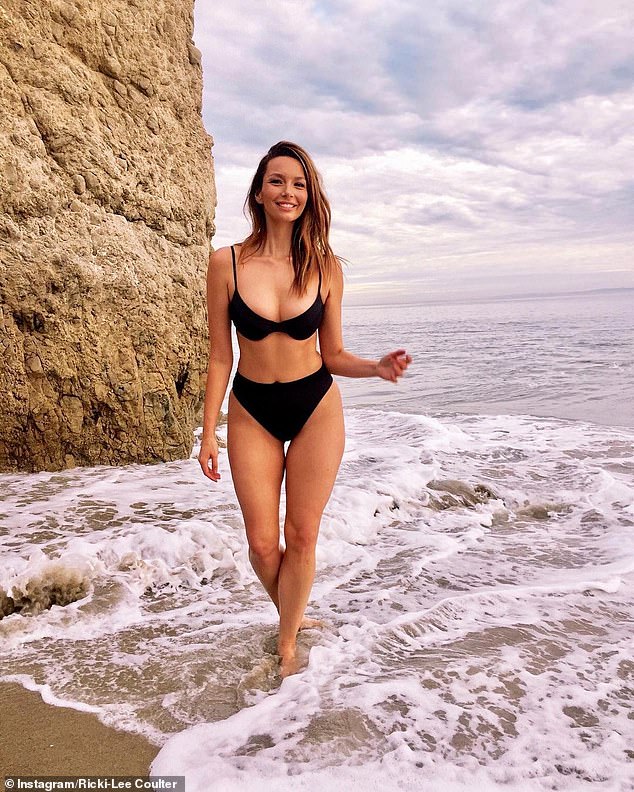 Standing up for herself! Ricki-Lee Coulter (pictured), 35, has hit back at an online troll after being criticised for posing with her ‘leg behind to hide [her] hips’ at the beach

‘Leg behind to hide hips! You’re supposed to be an advocate for all women’s body conscience,’ the troll commented.

Ricki-Lee, who shot to fame on Australian Idol in 2004, fired back: ‘Umm… I was walking out of the water.

‘Maybe next time I’ll walk uncomfortable with my legs spread apart so it makes you happy.’

‘You’re supposed to be an advocate for all women’s body conscience’: The singer, who shot to fame on Australian Idol in 2004, was accused of failing to be an ‘advocate’ for women when she uploaded a picture of herself in a bikini

Her fans flocked to her defence, with many saying it was ridiculous to analyse a pose so closely, especially when a person is in motion.

‘Ricki, you rock and look awesome and what a coward this d**k is who says what they just said,’ one supporter commented.

‘You look fantastic and I have no clue what the heck “leg behind to hide hips” has to do with you naturally walking out of the water,’ another wrote.

Ricki-Lee’s followers were also up in arms over the troll’s comment, with many stating its absurdity and reminding Ricki-Lee she looked amazing

‘You look fabulous and you should never be ashamed of keeping it real,’ a third added.

Ricki-Lee revealed in an Instagram Q&A earlier this month that she’d lost 30kg back in 2009, dropping from a size 14 to a size eight.

The musician also said she maintains a diet of fruit, vegetables, chicken and fish, and only eats red meat once a week. 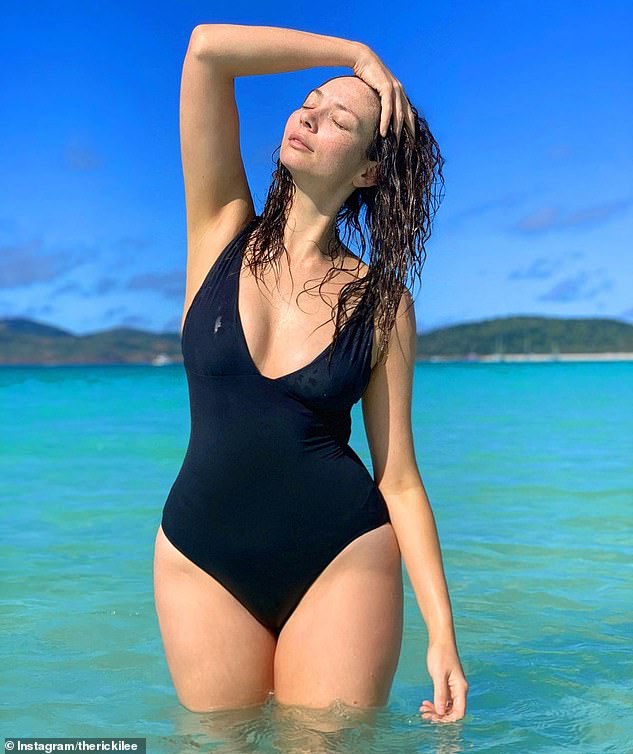 Diet secrets: Ricki-Lee’s post follows her revealing how she lost 30kg in 2009 – dropping from a size 14 to an eight – in a Q&A session with her followers on Instagram on February 7

She has the same breakfast and lunch each day, but varies her dinner depending on her mood and how keen she is on cooking.

Ricki-Lee abstains from complex carbohydrates, with the exception of sweet potato.

Another secret to her weight loss is drinking three to four litres of water a day. 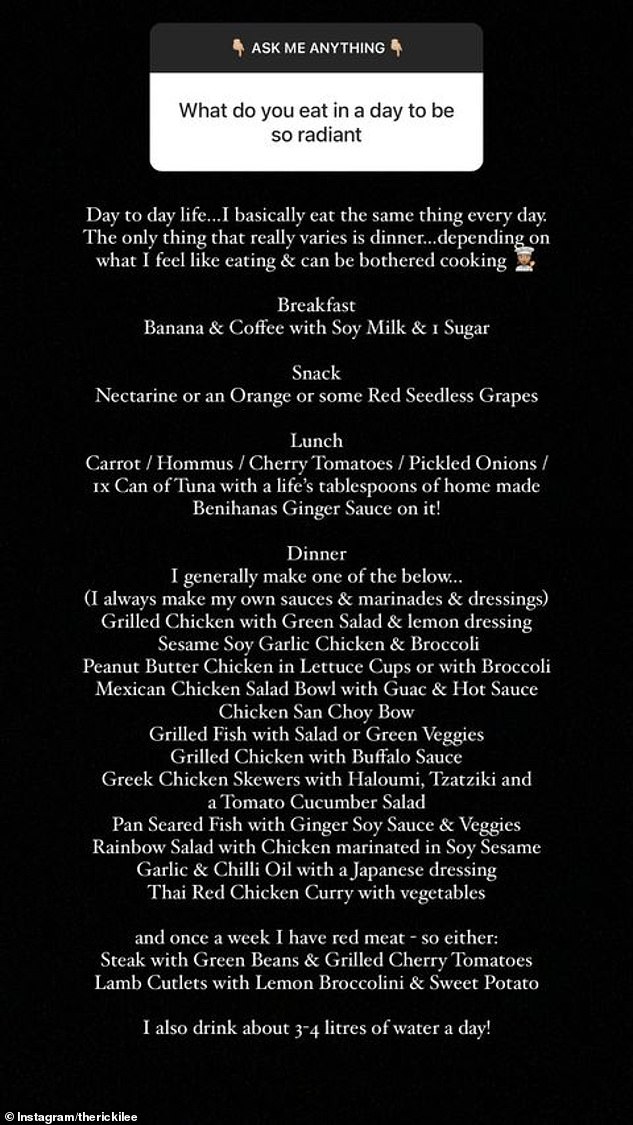 How she did it: Ricki-Lee abstains from any complex carbohydrates, apart from sweet potato, and drinks three to four litres of water a day