Republican Congressman Steve King of Iowa took to Twitter on Tuesday to brag about his commitment to ‘diversity’ – with his hunting dogs.

King proudly showed off a pack of dogs of different breeds and colors sniffing around a passel of hunters in camouflage outfits and bright orange vests in a photo he posted.

‘Have a look at all the diversity at my annual ‘General Bud Day Pheasant Hunt’! We had English Setters, Brittanys, German Shorthairs, and black, yellow, chocolate & white Labradors all assimilated into a fine working team. A great day in the field,’ he wrote.

King has been under fire himself by the Republican head of the House campaign arm, who criticized the conservative congressman for appearing to sympathize with white supremacism. 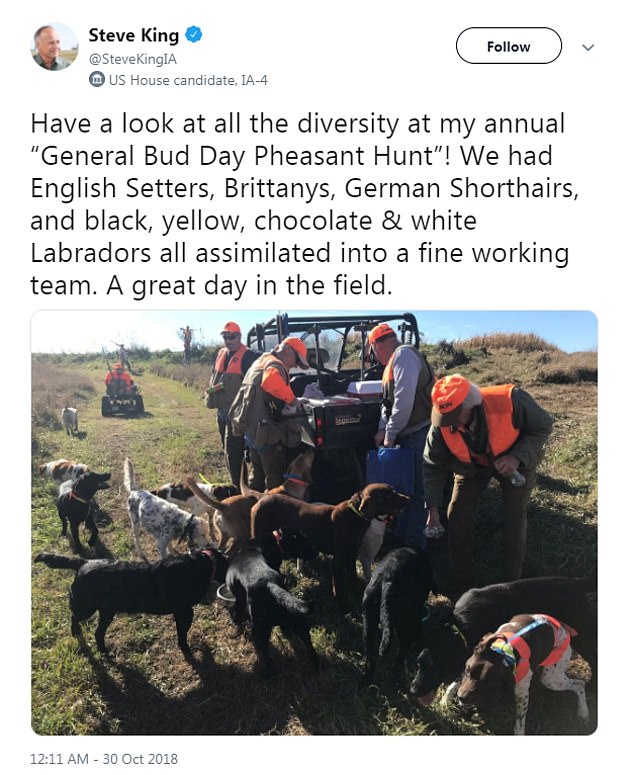 ‘Congressman Steve King’s recent comments, actions, and retweets are completely inappropriate,’ Congressman Steve Stivers, the head of the National Republican Congressional Committee, tweeted Tuesday. ‘We must stand up against white supremacy and hate in all forms, and I strongly condemn this behavior.’

Stivers’ wasn’t pointing out a specific comment by King but, instead a series of actions and statements.

‘These attacks are orchestrated by nasty, desperate and dishonest fake news. Their ultimate goal is to flip the House and impeach Donald Trump. Establishment Never Trumpers are complicit,’ King posted on Twitter in response.

He noted: ‘Americans, all created equal by God, with all our races, ethnicities, and national origins – legal immigrants & natural born citizens, make up the Shining City on the Hill.’

Earlier this month, King endorsed Faith Goldy, a white nationalist candidate for mayor in Toronto, in a controversial move.

But it was comments he made in Austria during an August visit that have gotten renewed attention in the wake of a mass shooting on Saturday at a synagogue in Pittsburgh that resulted in 11 people being killed.

In speaking with members of a far-right Austrian party with historical ties to Nazis, King claimed ‘Western civilization is on the decline’ because of immigrants and he also criticized Jewish financier George Soros, who had a pipe bomb sent to him last week.

‘What does this diversity bring that we don’t already have?’ he said at the time.

But King told The Washington Post he was not anti-Semitic.

He pointed to his strong support for Israel and insisting there’s ‘a special place in hell’ for anyone who perpetrates religious or race-based violence.

‘How do you call Steve King anti-Semitic?’ he asked before he gave a speech supporting gun rights at a dinner celebrating the first day of pheasant hunting season. 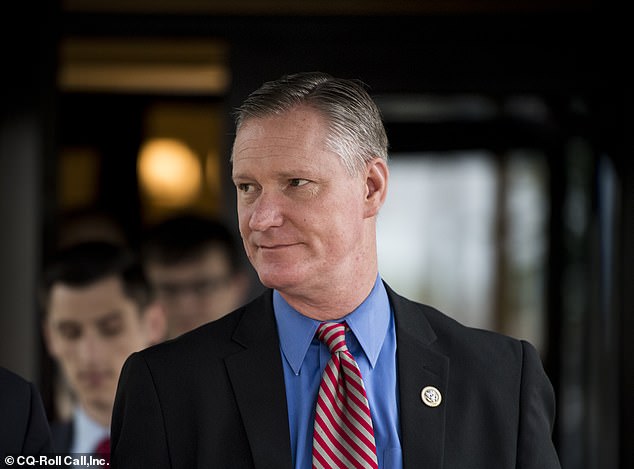 Congressman Steve Stivers, the head of the National Republican Congressional Committee, tweeted his criticism of King 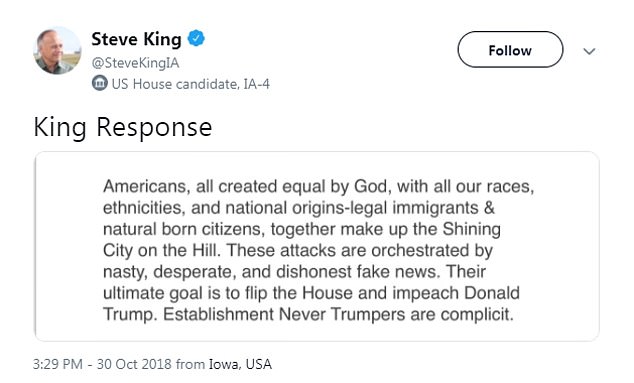 And he said the groups he has ties to are ‘far right’ organizations. He specifically cited Austria’s Freedom Party, which was founded by a former Nazi SS officer and is headed by Heinz-Christian Strache, who was active in neo-Nazi circles as a youth.

‘If they were in America pushing the platform that they push, they would be Republicans,’ King told The Post.

King’s district tilts red but he’s in a tough reelection contest this year.

His Democratic opponent, J.D. Scholten, has outraised him and ran an aggressive in-person campaign across the district.

And, on Friday, the Sioux City Journal endorsed Scholten, in an abrupt reversal after supporting King for years. 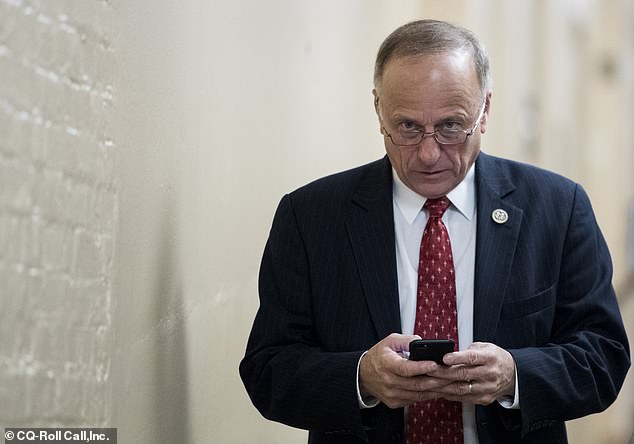 Steve King has defended himself, saying he’s not anti-semitic 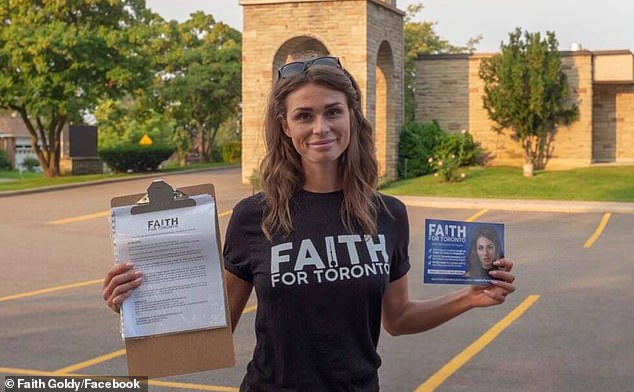 King made news when he endorsed Faith Goldy, a white nationalist candidate for mayor in Toronto

But King won with 61 percent in 2016 and remains popular in his district.