Pop star Rihanna has burst in to the top of the charts as Britain’s third-richest musician – thanks to her line of raunchy lingerie and a move to London.

The Barbados-born singer’s estimated £468million fortune is powered by her Fenty cosmetics brand, which launched in 2017 and generated £462million in its first 15 months.

She also has eight albums to her name and Savage X Fenty, the successful lingerie brand.

Rihanna has surged to third in Britain’s musician rich list thanks to her cosmetics line Fenty and lingerie brand Savage X Fenty. She has an estimated £468million 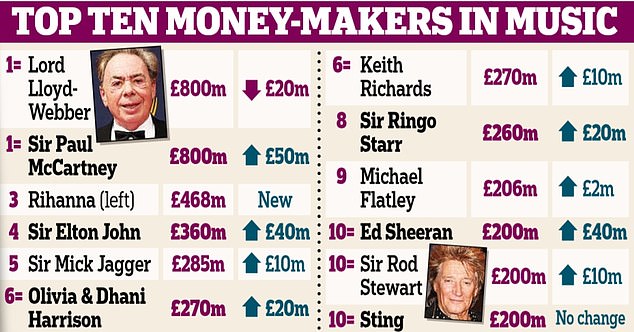 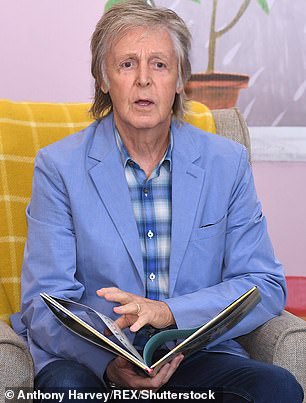 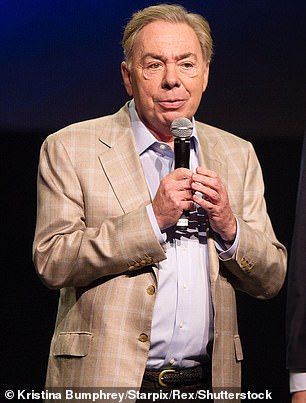 Top of the list are still Sir Paul McCartney and Andrew Lloyd Webber, who both have an estimated £800million each

The 32-year-old’s wealth puts her below Sir Paul McCartney and Andrew Lloyd Webber – jointly top with £800million – but above Sir Elton John, said to be worth £360million in the Sunday Times annual list of the wealthiest musicians in Britain.

The singer moved to London to be closer to her fashion label in 2018.

Sir Paul, 77, was up £50million on last year, after topping the New York Times bestsellers chart in 2019 with his debut children’s book Hey Grandude! and he took more than £81million at the box office from his 29-date world tour.

His latest album, Egypt Station, was also his first to debut at number one on America’s Billboard 200 chart, while Beatles-inspired film Yesterday was a huge success last year.

But Lord Lloyd Webber, 72, has dropped by £20million as a result of the coronavirus pandemic hitting theatres worldwide. 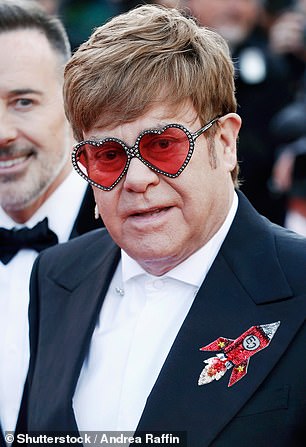 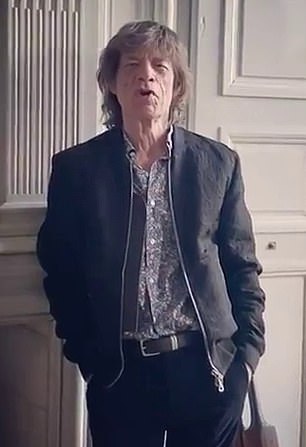 Rihanna stormed into the list ahead of Sir Elton John, on £360million, and Sir Mick Jagger, £285million. The Barbados-born artist is a new entry

Sir Elton, 73, whose music enjoyed a resurgence after the release of his biopic Rocketman, saw his worth soar by £40million, also thanks to his ongoing Farewell Yellow Brick Road tour. He was placed fourth.

At 29 he is the youngest artist in the top 40 and was number ten alongside Scots rocker Sir Rod Stewart and Sting.