Gibb, who is recognised for his services to music and charity, dedicated the honour to his late brothers and former bandmates and said: “The magic, the glow, and the rush will last me the rest of my life.”

The musicians are joined on the list by Strictly Come Dancing judge Darcey Bussell, 48, who said she was “truly humbled” to become a dame for services to dance, and War Horse author Michael Morpurgo, who is knighted for services to literature and charity.

In a short message, signed off with his trademark phrase, 77-year-old Starr said: “It’s great! It’s an honour and a pleasure to be considered and acknowledged for my music and my charity work, both of which I love. Peace and love. Ringo.”

Morpurgo, 74, who previously received an OBE, said he had Joey, the equine character from the 1982 children’s book which became a hit international play, to thank for his knighthood.

He said: “There was never a knight that has owed so much to his horse as this one – and in fact, we will give the knighthood to Joey and call him Sir Joey.”

Gibb, 71, the last surviving member of the Bee Gees, said he was “deeply honoured, humbled, and very proud” to be recognised, adding: “This is a moment in life to be treasured and never forgotten. I want to acknowledge how responsible my brothers are for this honour. It is as much theirs as it is mine.”

Two of the biggest names in line for honours were leaked. Starr, whose real name is Richard Starkey, was revealed to be in line for a knighthood days ahead of the announcement.

His award for services to music comes 52 years after he received an MBE as part of the “Fab Four” and about 20 years after fellow bandmate Sir Paul McCartney was honoured.

Details of the knighthood of former deputy prime minister and prominent Remain campaigner Sir Nick, 50, were also the subject of early newspaper reports. His award has provoked criticism among some Brexiteers.

Conservative MPs Graham Brady, 50, chairman of the party’s 1922 Committee, Geoffrey Clifton-Brown, 64, and Christopher Chope, 70, receive knighthoods for political and public service while Cheryl Gillan, 65, vice chairman of the committee, is made a dame.

On the Labour side, Preston MP Mark Hendrick, 59, and Commons Deputy Speaker Lindsay Hoyle, 60, are knighted. 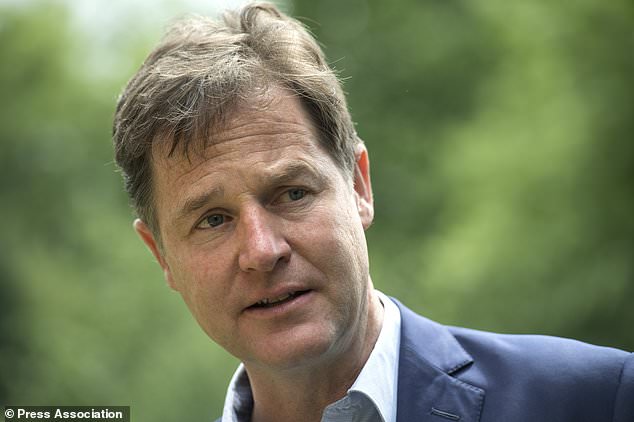 Former Ukip leader Nigel Farage said Tory MPs were being rewarded for “services to the establishment”, while SNP Cabinet Office spokesman Tommy Sheppard warned that honours “should not be doled out political favours”.

Professor John Curtice, 64, who led the exit polls that accurately forecast the last four general elections, including Labour’s shock gains in June, receives a knighthood for services to social sciences and politics.

“Just six months ago the exit poll I led surprised everyone with a shock prediction that went on to be uncannily accurate,” he said. “Now it is my turn to be surprised – and humbled – by the gracious decision to grant me a knighthood. It is not something I ever expected to happen.” 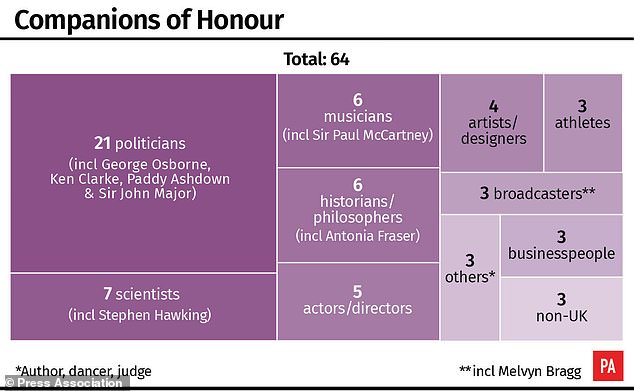 There are no honours for those involved in the response to recent terror attacks or the Grenfell Tower fire with left 71 people dead. But the Cabinet Office said they are expected to be recognised in future honour lists.

A spokeswoman said: “Detailed consideration is given to all honours nominations received and this takes time. We would expect to see a number of nominations reflecting recent tragedies and events in future lists, and encourage those in affected communities to put forward nominations.”

Grime gets a “shout-out” on this year’s list, with Richard Cowie, aka Wiley, receiving an MBE for services to music along with Grace Ladoja, who manages Skepta. 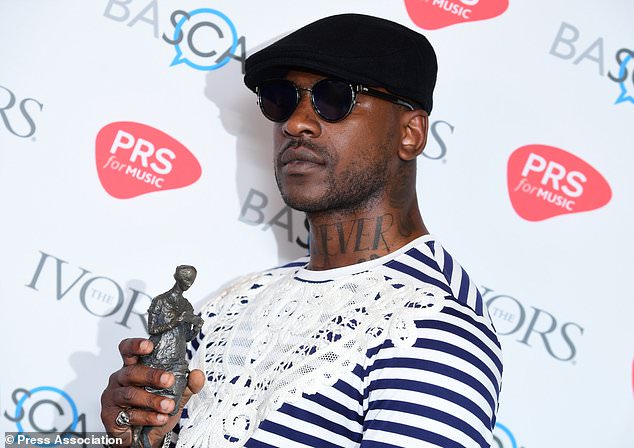 Wiley, 38, who has been described as the “godfather of Grime” and a pioneer of the underground scene, said: “I’m honoured to be receiving an MBE. It feels like the school grade I wanted and didn’t get but now I’m finally there.”

Grime MC and 2016 Mercury Prize winner Skepta previously claimed he turned down an MBE in song Hypocrisy, rapping: “Just came back from the Ivors/ And look at what we collected. The MBE got rejected / I’m not trying to be accepted.”

Author and journalist Jilly Cooper is recognised for services to literature and charity, actor Hugh Laurie for services to drama, former British Vogue editor Alexandra Shulman for her contribution to fashion journalism and chef Rick Stein for services to the economy. All have their OBEs upgraded to CBEs. 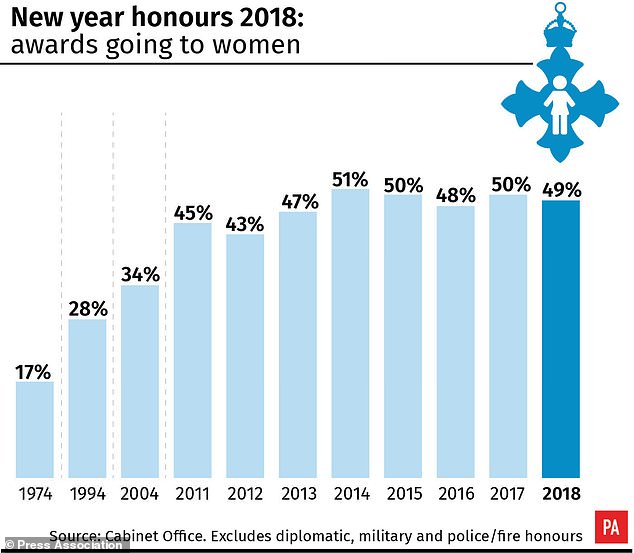 Also among the 1,123 people honoured in this year’s list is 80s star and self-described “maverick” Marc Almond, who receives an OBE for services to arts and culture.

The 60-year-old, who had hits including Tainted Love as one half of electric duo Soft Cell, said he was “totally excited” to be recognised, adding: “I can’t really be a rebel any more. I think it’s time to leave it to younger people.”

In sport, women’s cricket is celebrated. Heather Knight, captain of the World Cup-winning England team is awarded an OBE, along with head coach Mark Robinson. Clare Connor, director of women’s cricket, is upgraded to a CBE. 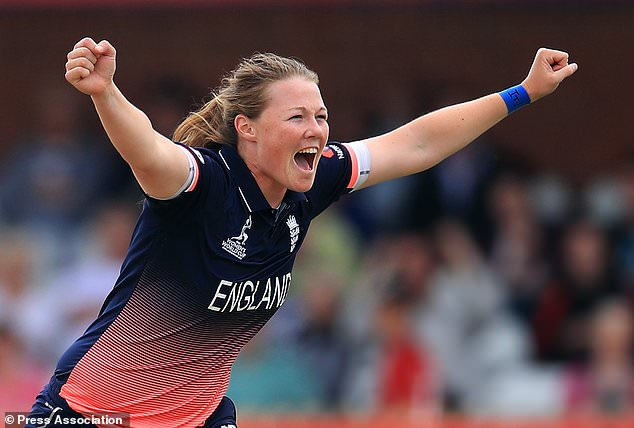 World Cup player of the tournament Tammy Beaumont and player of the final Anya Shrubsole are given MBEs for their services to cricket.

The 2018 list is 6% smaller than last year, when 1,197 honours were awarded, and the smallest since 2013 when 1,223 were handed out. Women make up just under half of those being honoured, with 551 earning an award, and 9.2% of recipients come from a black, Asian and minority ethnic background.

The oldest people to be honoured are 101-year-olds Lieutenant Colonel Mordaunt Cohen, who receives an MBE for services to Second World War education, and Helena Jones, who is given a British Empire Medal for services to young people and the community in Brecon, Powys.

Lucia Mee, 18, is the youngest to be recognised with a British Empire Medal for her work raising awareness of organ donation.