‘I’m just happy to be watching him… he is scaring the life out of seasoned Premier League players’: Rio Ferdinand heaps praise on Jadon Sancho as he dazzles for Borussia Dortmund at Wembley

The Borussia Dortmund youngster was a constant threat on the ball and proved to be a menace for the Spurs defenders.

Ferdinand was in awe and told BT Sport: ‘I’ve seen Jadon Sancho and I’m just happy to be watching him. He is scaring the life out of seasoned Premier League players I love it. 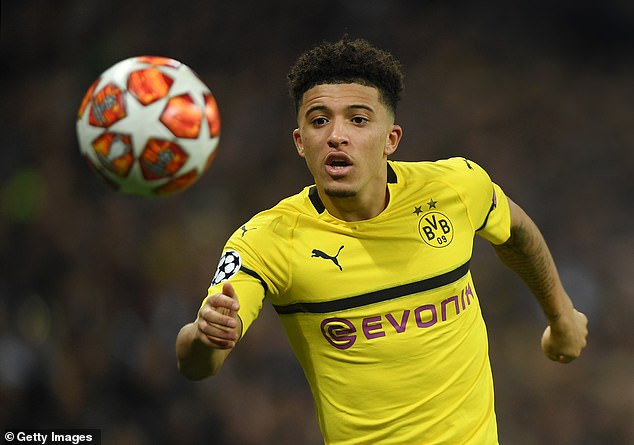 ‘Every time he gets the ball he has the respect of the defenders. He twists people all over the place. Sanchez was turned inside out by him. He is just unbelievable to see.

Jermaine Jenas added: ‘There is so much intelligence in what Sancho does and he gets his head up at the same time.’

Ferdinand then went on to say he has tracked Sancho’s progress from when he was a young boy with huge talent.

‘I’ve known about Sancho from when he was a kid. He was always a driven and professional young man. There was pressure on him to decide what to do and he wanted to go on play first team football,’ he added. 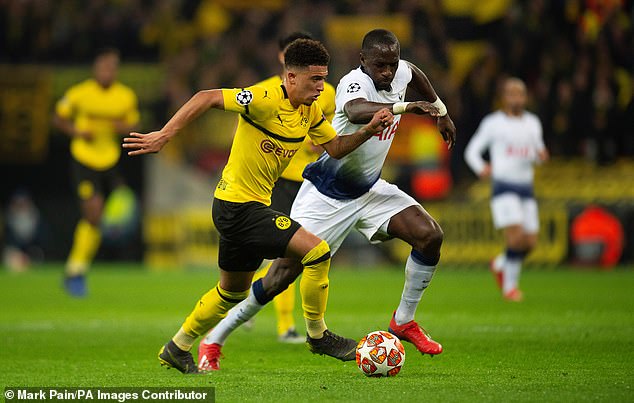 ‘He believed the junior level was too easy for him. He’s gone there, assists galore and goals. He’s got the character and belief that he’s one of the best players.’

In an interview with BT Sport before the game, Sancho spoke about his desire to succeed and drive to provide a better life for his family.

‘I feel like us England players just love football, the people I grew up around just want to help their mums and families live a better life, we’ll do anything to make them proud,’ he said.

Ultimately Sancho couldn’t quite replicate his first half showing in the second period and Spurs ran out 3-0 winners, taking charge of their Champions League last-16 tie.