Luke Shaw was ‘a broken man’ and looked like ‘he was on the scrap heap’ for Manchester United before fighting his way back, says Rio Ferdinand.

Speaking on his Vibe with FIVE podcast, Ferdinand said: ‘I think in seasons gone by, you could throw at him in terms of his application, he looked a little bit off the pace, a little bit lazy at times. 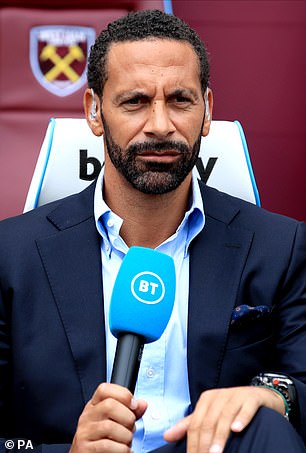 ‘We have to look at where he’s come from mentally by the way, this is a kid who looked like he was on the scrap heap of Manchester United.

‘Mourinho discarded him, the kid was a broken man, he’s come back from the depths to being one of the most important players at Man United, so you have to commend him for that.’

Shaw joined United in 2014 and was the most expensive teenage player in history at the time, costing £33million.

He initially struggled with form, fitness and injury problems and those issues would not abate when Mourinho took charge in 2016. 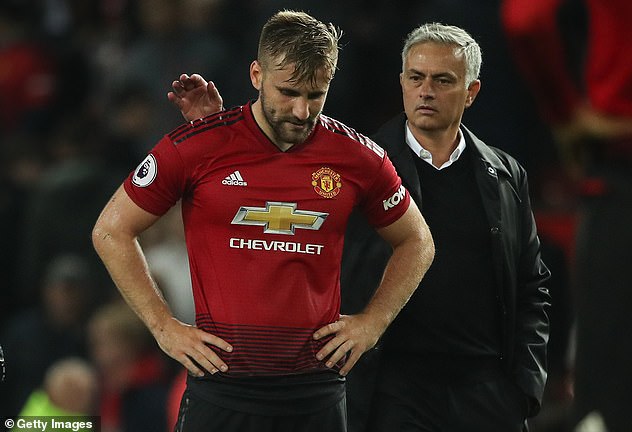 The Portuguese routinely singled him out publicly for his shortcomings.

Prior to a game against Swansea, Mourinho said: ‘Luke Shaw told me this morning that he was not in the condition to play so we had to build a defensive line.

‘There is a difference between the brave, who want to be there at any cost, and the ones for whom a little pain can make a difference.’

He is a player transformed now and Gary Neville recently described him as the best left back in England.

The high praise has been mirrored by Ferdinand, who compared Shaw to former team-mate Patrice Evra. 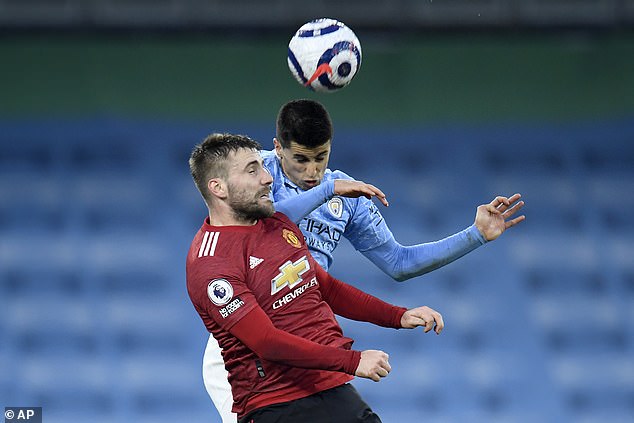 He went on: ‘I think Luke Shaw is very similar. Between the boxes, Patrice was the best left back of our generation.

‘He could drive up the pitch on his own with the ball, I’ve not seen anything like it in between the boxes.

‘But in their box, did he pick out people as much as Ashley Cole maybe, or Leighton Baines? No. And was he as good defensively as Ashley Cole? I’d say maybe not.

‘By the way, in both boxes, aerially, he was brilliant. Patrice was a brilliant player. I see a little bit of that in Shaw – between the boxes, he’s unreal.’