‘He’s so far removed from the Harry Kane we know’: Rio Ferdinand says the Tottenham talisman is ‘unhappy’ at the club after failed summer transfer move and his ‘performances are reflecting that’

Rio Ferdinand has claimed that Harry Kane is ‘unhappy’ to stay at Tottenham and that is reflective of his performances so far this season.

The England captain made it no secret that he wished to leave the club in the summer, with Manchester City his preferred destination.

Pep Guardiola’s side were priced out of a transfer and Kane was forced to stay at the club.

Kane has yet to score a goal in the Premier League this season and his performances have been below-par in a struggling Tottenham side who have lost their last three games.

Ferdinand told his Vibe with FIVE podcast that he would be ‘worried’ if he was a Spurs fan because of their talisman’s poor start to the campaign.

The former Manchester United defender read out Kane’s stats as he said: ‘From his first five games this season, 381 minutes, zero goals in the Premier League, zero assists, six shots in five games, four key passes in open play, dribbles completed four.  His touches in the box, I look at his heatmap is everywhere but not in the opposing penalty box.

‘He’s so far removed from the Harry Kane that we know. This guy has proven that he’s a mad marksman. He scores goals. 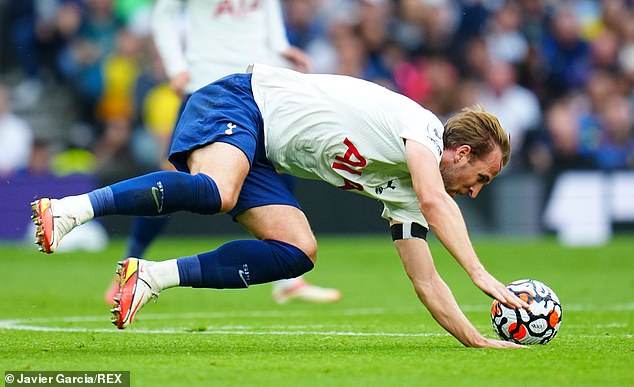 ‘Is it the effects of the summer? In terms of captaining England in the summer but no one else has really got a hangover who’s integral in their team really.

‘Is it the actual saga of the transfer? That has been mentally but physically draining as well. Or is it just him saying ‘this isn’t me’. I don’t believe he’s that unprofessional to down tools I don’t agree with that narrative.

‘So I just feel this is an effect (of the failed transfer), he’s disheartened, he feels let down I would imagine, he feels unhappy about having to stay at Spurs right now and his performances are reflecting that. 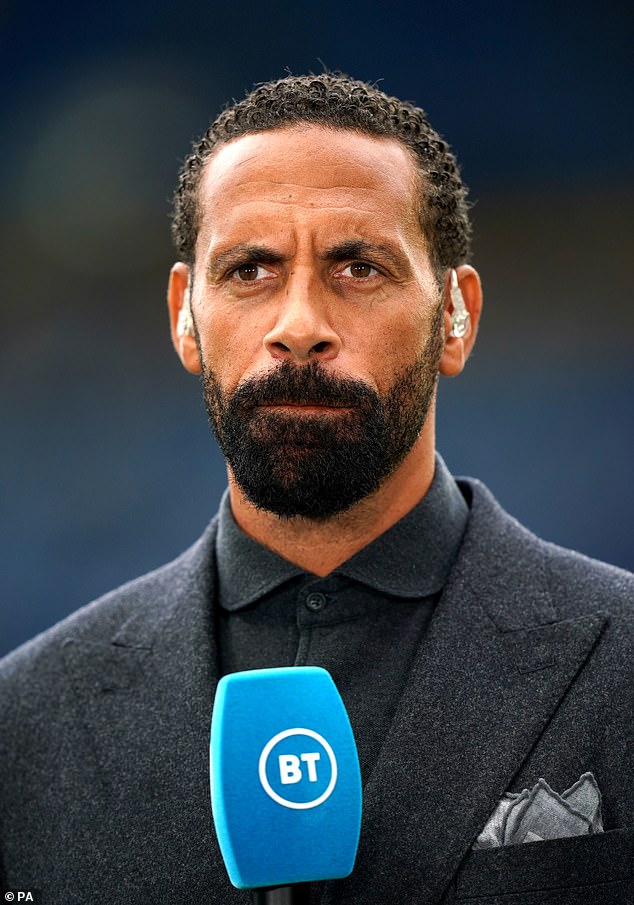 Kane has scored twice in a Europa Conference League game against Pacos Ferreira and a Carabao Cup tie against Wolves but has struggled in the Premier League.

Tottenham as a collective team were disappointing during their 3-1 defeat to Arsenal in the north London derby on Sunday.

Kane made a mistake in the build-up to the third goal as he gave the ball away and then failed to win the ball off Bukayo Saka who slotted past the goalkeeper.

After three consecutive defeats in which they’ve conceded three goals in each game, Tottenham now sit 11th in the table after six games.