Rita Ora puts on a leggy display in matchy-matchy florals

She recently jetted back to the US for a quick break ahead of hosting the MTV EMA’s in November, which will see her return to London for the show at Wembley Arena.

And Rita Ora continued to enjoy her time in the Big Apple on Tuesday, as she put on a leggy display in a stylish floral velvet suit.

The 26-year-old singer stepped out of her hotel in downtown New York rocking the black ensemble with floral detailing.

Floral-tastic: Singer Rita Ora, 26, rocked a matchy-matchy look on Tuesday as she exited her hotel in downtown New York

Rita teamed her look with matching floral boots and a simple white blouse as she headed out for the day, keeping her incredible legs on full display.

The RIP songstress kept her blonde tresses loose for the look, blocking out the October sunshine with cat-eye sunglasses.

Rita recently showcased just one of her many talents, performing her new single Your Song in an advert for lingerie brand Tezenis.

Posing in an array of sultry underwear, Rita strutted around a white room in silver ankle boots for the advert. 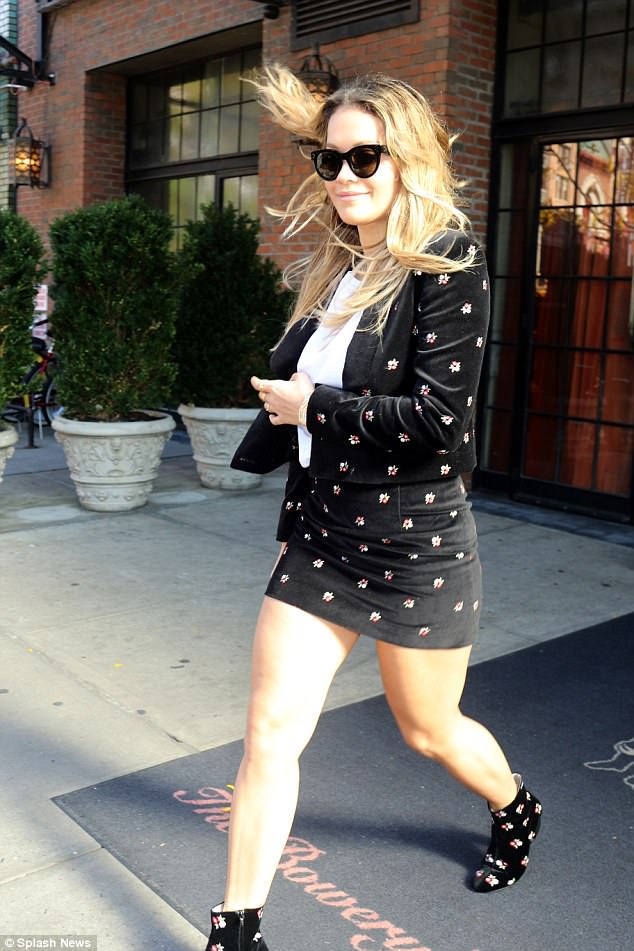 Fabulous: Rita put on a leggy display in the look which included a black velvet floral suit and matching ankle boots 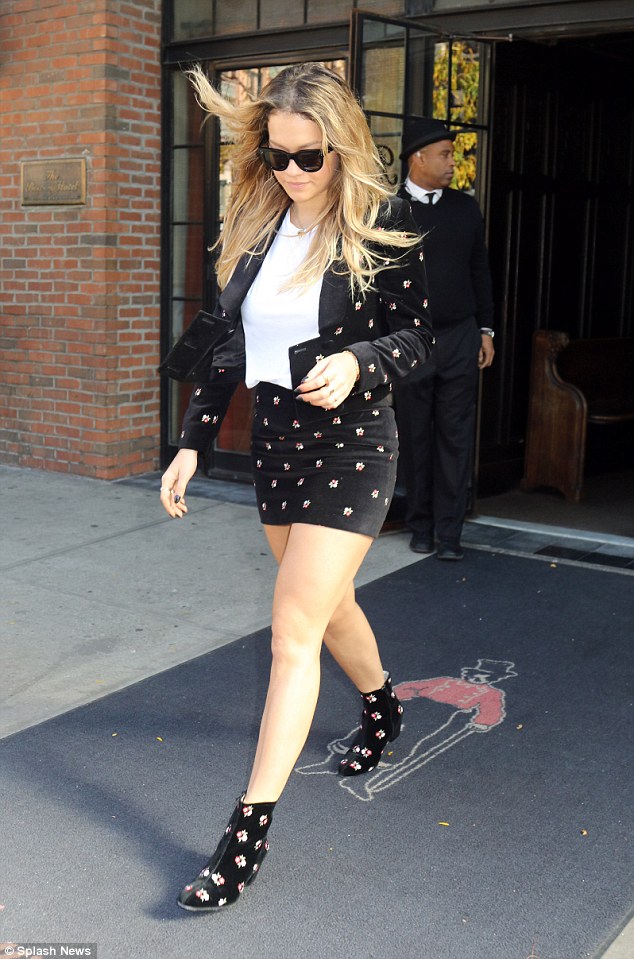 Glamour girl: Rita kept her blonde tresses loose for the look, and blocked out the October sun in cat-eye shades 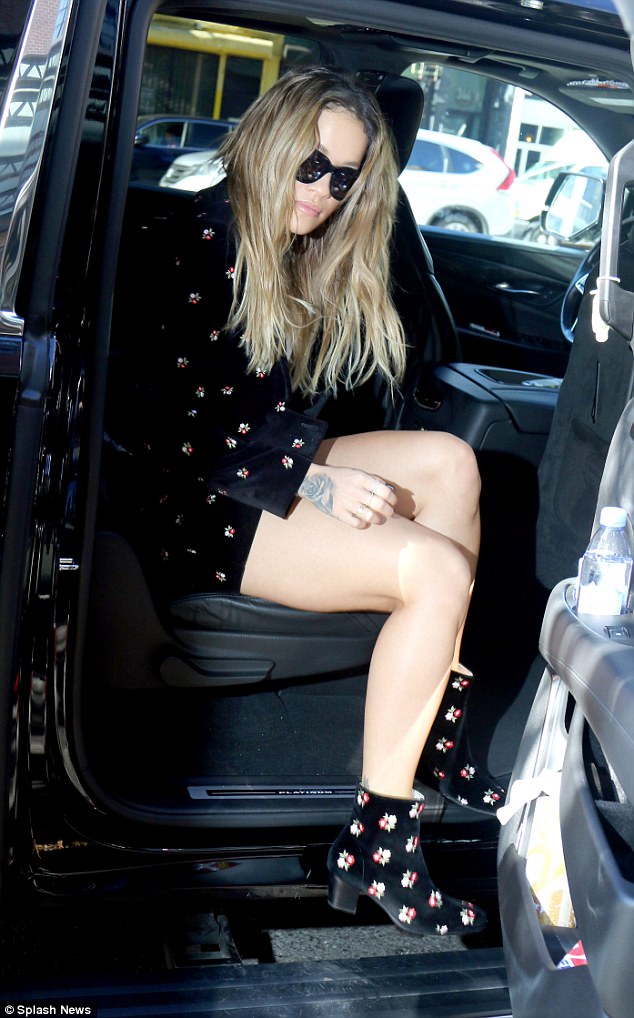 Stage star: Rita will host the MTV EMA’s in London on November 12

Rita’s outing comes after the singer talked about now-disgraced Hollywood producer Harvey Weinstein, who she worked with on the gritty boxing film Southpaw in 2015.

She opened up about her experience with the mogul after more than 30 women accused him of sexual assault, harassment and even rape.

The singer said on Jonathan Ross’s chat show that Weinstein has never acted inappropriately towards her in the years they have worked and partied together. 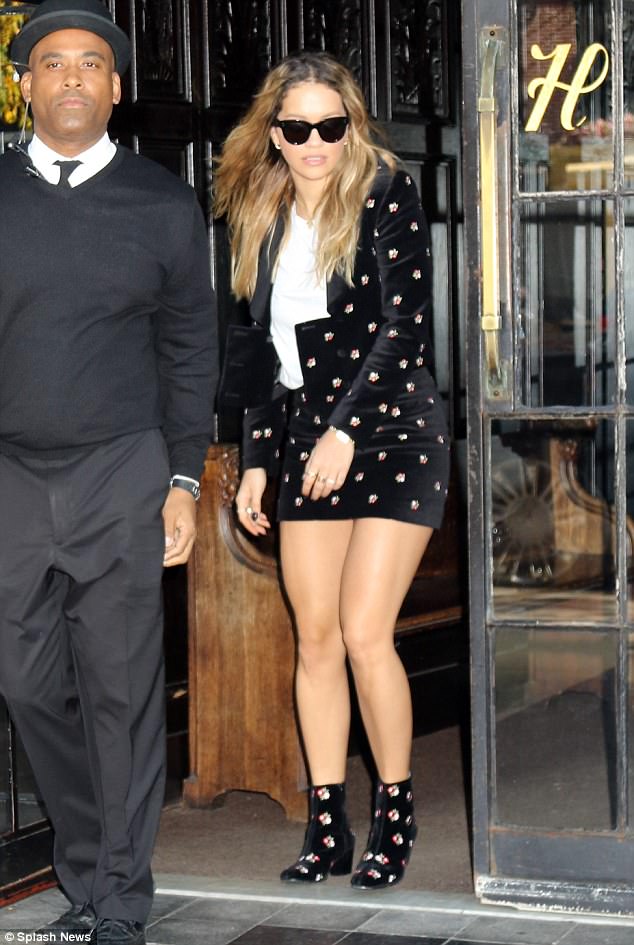 Revelation: Rita recently gave her view on the shocking Harvey Weinstein scandal, saying that he never acted inappropriately towards her

Rita said of the Hollywood scandal: ‘It’s insane. I did not encounter that.

‘And I value everybody’s confidence in coming out and being brave and showing their independence.

‘And I think it’s an incredible time right now, especially in the world, to really prove yourselves and stick up for who you are and what you believe in.’

More than 30 women – including actresses Angelina Jolie, Ashley Judd and Gwyneth Paltrow – have told The New York Times and The New Yorker magazine that Weinstein had sexually harassed or assaulted them. 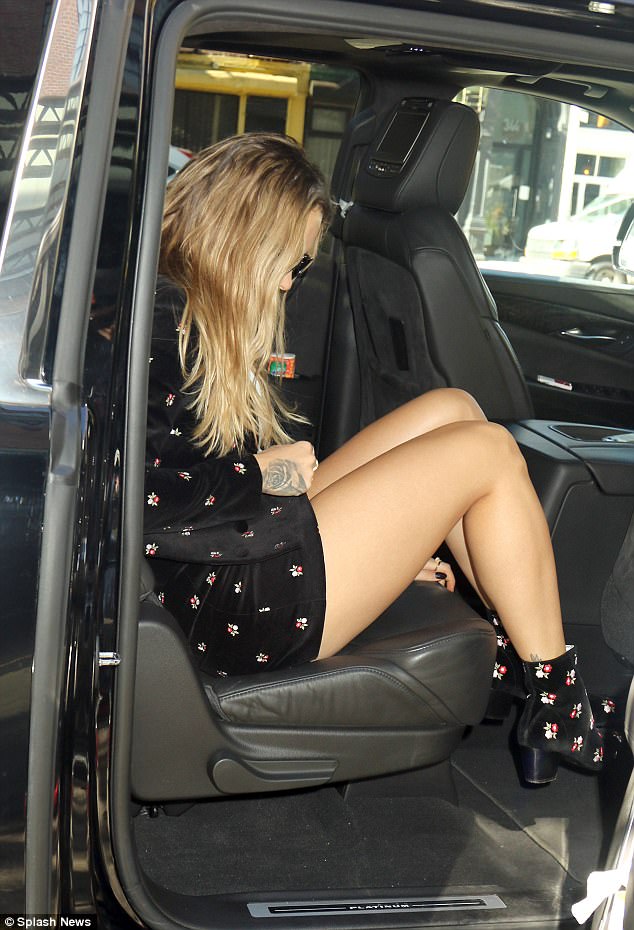 Standing up: Rita added that it was important for women to speak out after being treated in this manner