By Jordan Seward For Mailonline and Jack Gaughan for MailOnline

Riyad Mahrez has returned to Manchester on crutches after damaging his ankle in the friendly victory over Bayern Munich on Saturday evening.

The full extent of Mahrez’s injury has not yet been revealed as Pep Guardiola faces an anxious wait to see whether his record-signing will be fit for the start of the season.

The winger is set for further assessments on his ankle now that City have returned from their pre-season tour of America, though his prospects of featuring against Chelsea in the Community Shield at Wembley next Sunday currently look bleak. 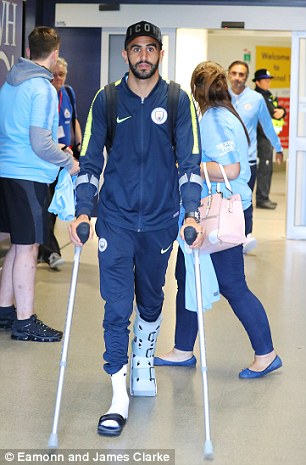 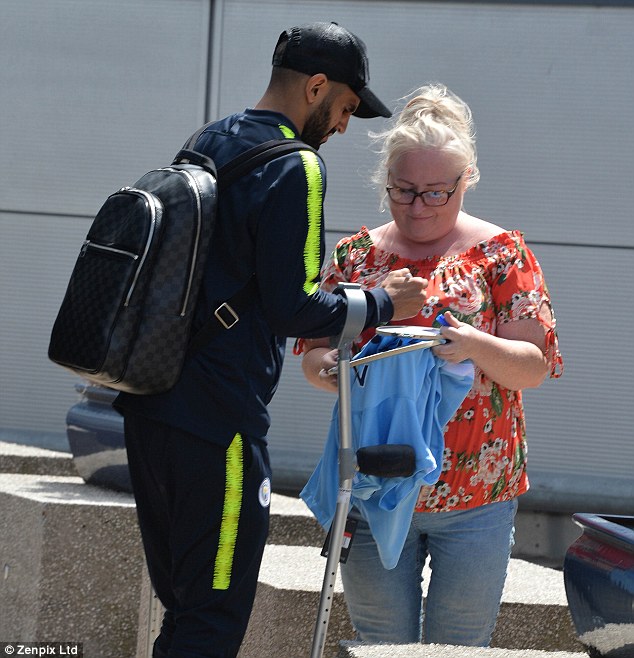 Mahrez picked up an ankle problem five minutes into the match in Miami and was unable to run it off, collapsing to the pitch in agony.

With just one week until the new season starts for City, the club must hope that the injury is not as bad as it first appeared.

‘I don’t know,’ Pep Guardiola said when asked about the extent of the issue.

‘I wasn’t in the locker room. It was his ankle. We will see, maybe it is not a problem. 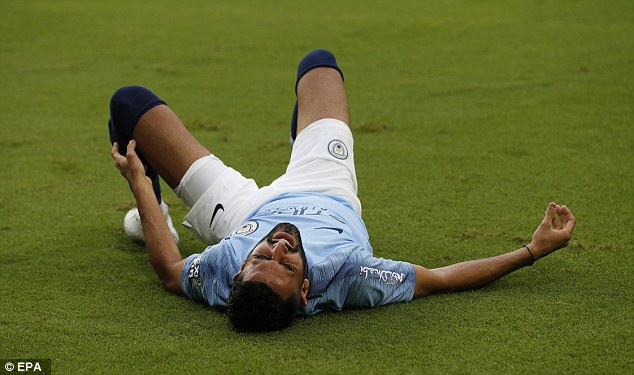 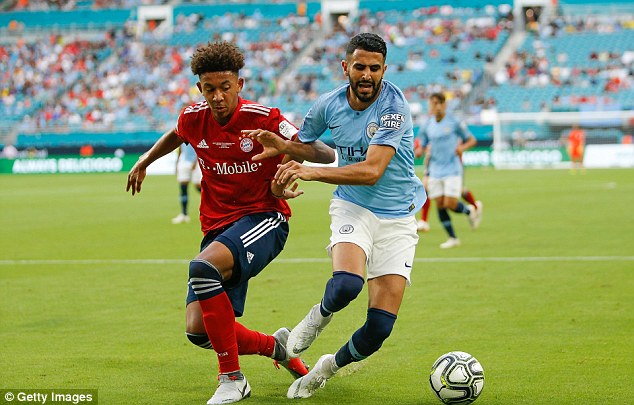 ‘I’m concerned for many things, for injured players, players who are still not here but I am so satisfied for what all of the guys on the tour have done.’

Leroy Sane sat the final tour match out, remaining on the bench despite playing during the defeat by Liverpool in New Jersey.

‘His physical condition is still not good,’ Guardiola added. ‘He has to train a little bit more but he is not injured.’ 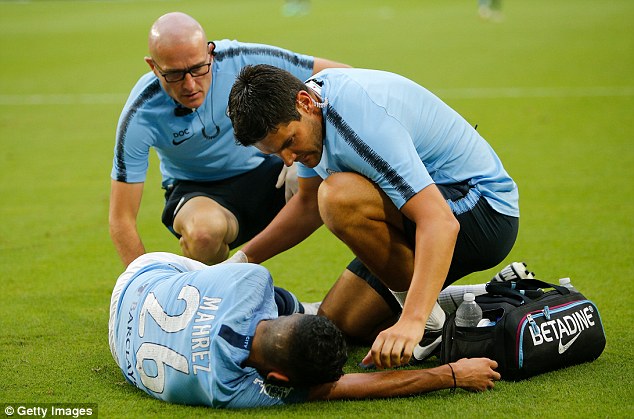