A wild road rage brawl has broken out between an office worker and a tradesman on a busy street.

Shocking footage shows the two men confronting each other in the middle of a road in Woolloomooloo in inner-city Sydney last Thursday afternoon.

At one point the businessman tried to fire a kick into the tradesman’s head, losing his shoe in the process, believed to be a RM Williams boot, which then flew into the sky.

The tradie who was on his hands and knees on the ground managed to dodge the kick before stepping backwards with his fists in front of his face.

The pair then parted ways but continued to shout abuse at each other as passing motorists watched on in horror.

The footage has circulated online with many poking fun at the bizarre encounter, with both men appearing to come off unharmed.

‘That shoe hit me all the way here in New Zealand,’ one commented.

‘Oh no not the RM Williams!’ joked another.

‘That shoe is still in orbit.’

Others suggested the tradie may have been seriously injured had the kick connected. 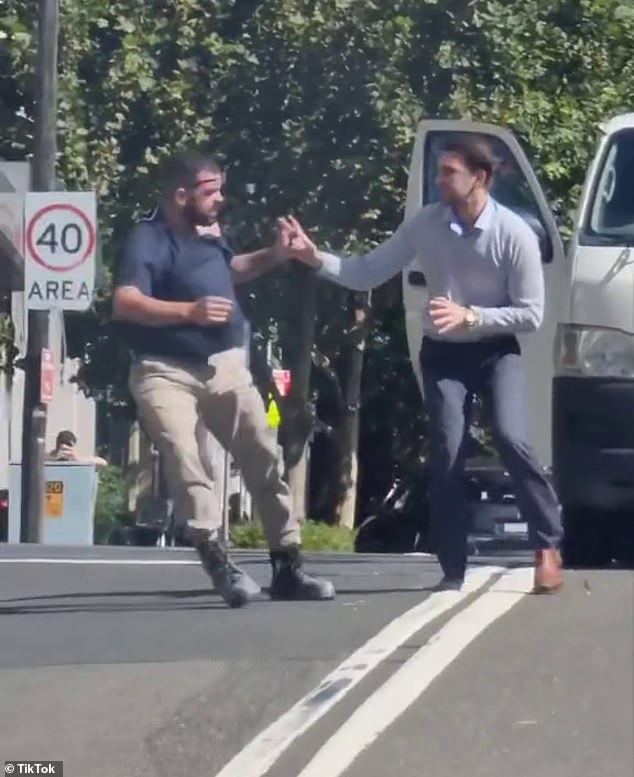